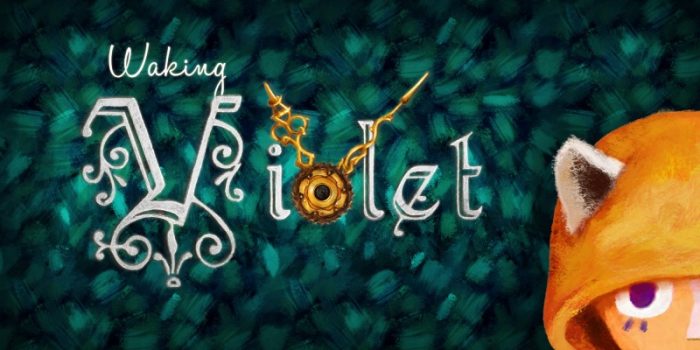 Waking Violet is a great puzzler on Nintendo Switch with an interesting time rewind feature that you should go and play. Learn more in our Waking Violet review!

You play as Violet, a young girl who wants to make her own decisions. One night she goes to bed upset after an argument and ends up being trapped inside her own dream. Violet has to figure out how to wake herself back up before it is too late! The rewind feature in Waking Violet will come in handy when you make mistakes, allowing you to go back in time to solve even the toughest of puzzles. Some levels may be a bit â€œhead-scratchingâ€ hard, but none of them are unfair or leave you feeling frustrated. All puzzles can eventually be solved by learning from your mistake and finding the right way to use your skills and abilities. 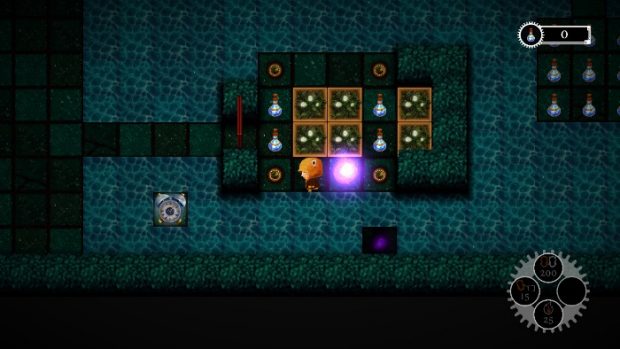 Now I know that some of you will think that the rewind time feature could end up making the game too easy, but when you play the game, you will understand why it’s a must. You see, as you progress through the game the levels become tougher, and on top of that, you also have limited Mana, represented by a blue hourglass at the top right corner of the screen. Once that hits zero… 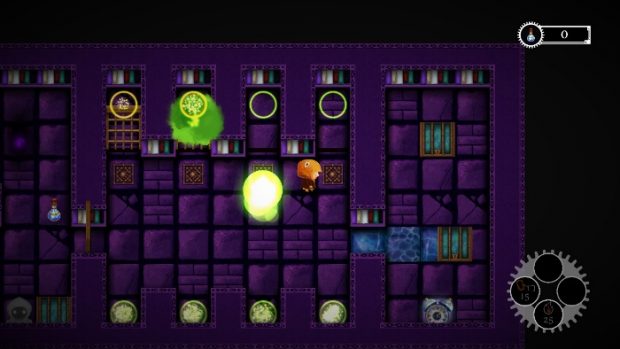 Along with that, there are fireballs, electricity spheres that will shoot at anything that moves, energy spheres that attack you, blocks that you need to make the most of, as well as a clock you need to hit in every level which will make the ghosts move, giving you a limited amount of time to reach a levelâ€™s exit, since a single hit is all it takes to end your existence.

As you start a level, the camera will pan around to show you the full puzzle and the exit you must reach. The rooms are designed on a grid, and solving the rooms unlocks the dark pink portal for your escape. There is a clock collectible, but you shouldnâ€™t pick it up until the puzzle is solved and you can reach the portal safely without enemies getting in your way! There isn’t a game over per se since when you make a mistake, such as walking in front of electricity, a message will pop up asking you to press the L button to rewindâ€¦ and that’s it! 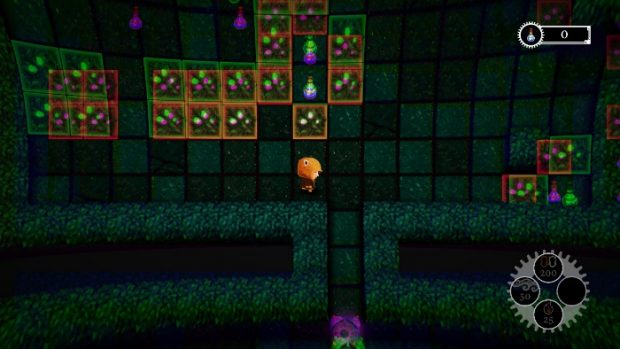 Waking Violet has different types of enemies for you to face. Some will pace around, while others will instantly chase you down, and since Violet doesnâ€™t move very fast, these are the ones you should always watch out for. Some enemies will simply block your path, which doesnâ€™t sound like a big deal, but you have to remember the other enemies that move fast, and when you combine them with the ones that block your wayâ€¦ 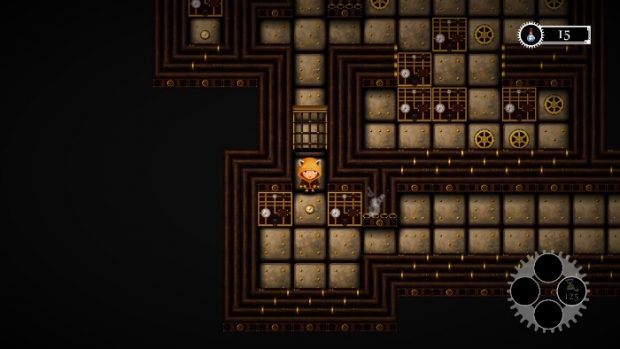 As for the controls, since you can move Violet with either the left analog stick or the D-Pad, and you can move blocks around as needed by pushing them in the direction you need. Blocks can be moved as little as a half blockâ€™s lengths, which can be a blessing and a curse when youâ€™re not careful. Youâ€™ll get the hang of things, but at first, itâ€™s easy to make mistakes. Personally, I found that D-Pad felt better since the left analog stick was a bit too sensitive. Youâ€™ll also get to use some special skills in the game, but Iâ€™m not going to spoil those! 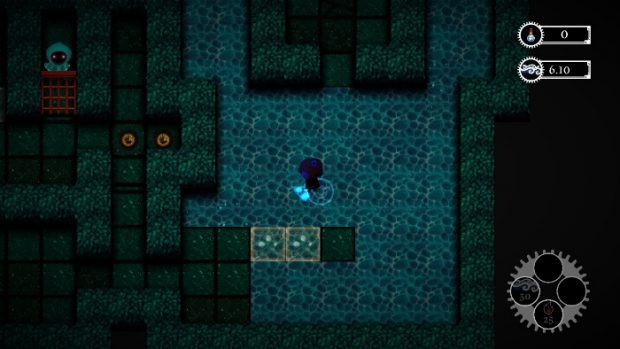 Waking Violet is a fun game with a nice art style, a challenging set of 40+ levels to take on, and an interesting time rewind mechanic that will keep you engaged from start to finish. Depending on your skill you could finish the game in a few hours, but donâ€™t let that keep you from experiencing this entertaining puzzler. 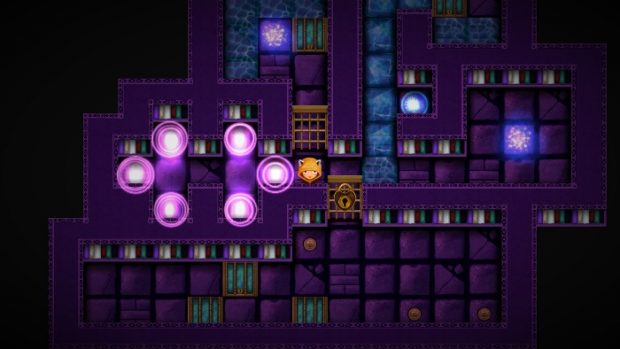 Disclaimer
This Walking Violet review is based on a Nintendo Switch copy provided by MixedBag Games.