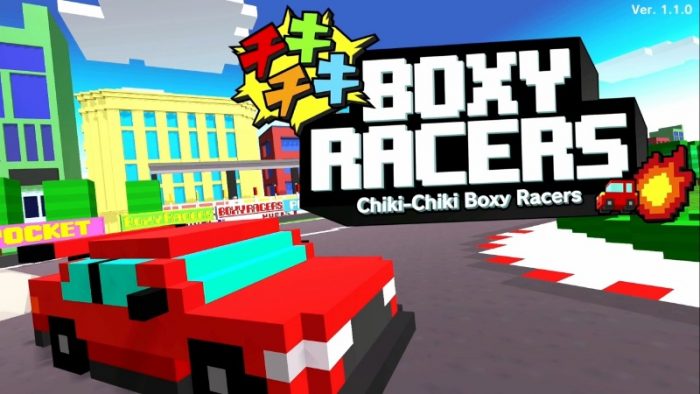 You can take on the game on single player or multiplayer, local play for up to eight players (each with a Switch and a copy of the game), or online multiplayer, either for the racing part of the equation or for the different party games that this release has to offer. Letâ€™s start off with the single player racing. For this one, you can either race on your own against the CPU or enter the battle mode to try and complete to get the highest score. In Race mode, you go and select your car from the colorful and blocky options at your disposal, each with different stats, so that find the right vehicle for your playing style, and there are plenty of other cars you will get to unlock as you play. You can also change the colors of your car if youâ€™re not feeling the default settings. 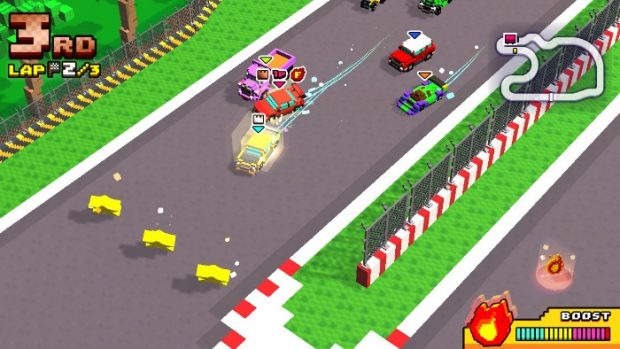 And then you have the option of joining a city race, a jungle race or a beach rally! Each of these three options has four races for you to complete, as well as a Grand Prix that has you taking on all four races one after the other to see who can win it all by obtaining the most points â€“ and you canâ€™t take on later races unless you make it to the end in one of the first three places. Each race offers a more challenging layout than the previous one, slowly but surely increasing the difficulty without feeling unfair. Practice makes perfect, so have a little patience and learn the layout of each race track so that you can find the best way to take on each turn so that you can outsmart your opponents â€“ plus, you know, make the most of your turbo boost! 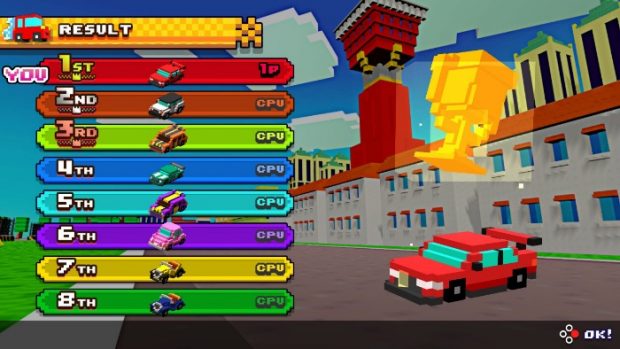 As for the game’s controls, you can either select the Stick option, which allows you to control your car in all eight directions by using the left analog stick by tilting it in a direction â€“ you can break by tilting the stick in the opposite direction. You also have a turbo boost and can change the camera view between three options. The other control option is called Classic, and it has you steering your car left and right with the left analog stick, accelerating with the A button, braking or going in reverse with the B button, changing the camera view with the Y button, and using your turbo with the X button. Be sure to test both options so that you can see which one is more fun! 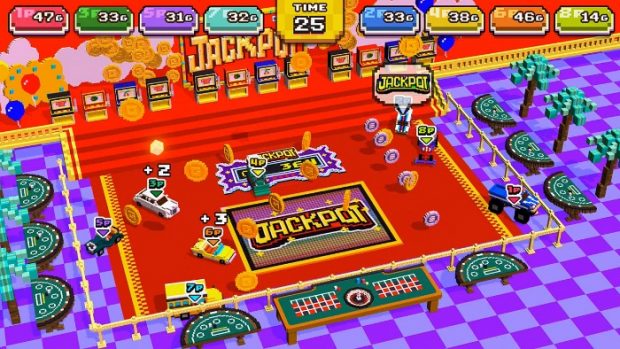 And now, letâ€™s talk about the party games. There is Coins, where you compete against other players to try and get the most coins possible before time runs out. You do this by running around the small playing field grabbing the coins that pop out, pushing a big red button to make the reels spin so that you can win coins, or get the jackpot so that a ton of coins drop. In Smash you need to push boxes out of the area while making sure you donâ€™t end up falling into the water for being reckless â€“ the more boxes you send out of the playing field, the more new boxes will drop for you to do it all over again. 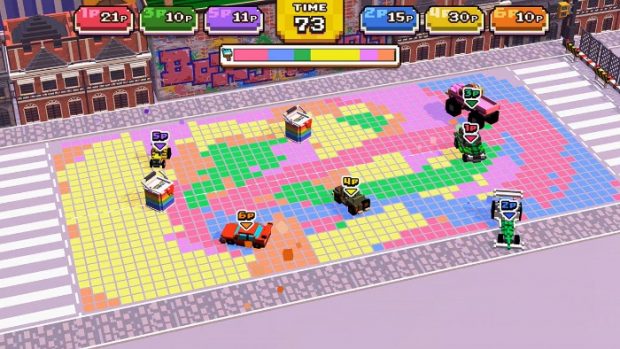 For Paint, you try to paint the playing area by racing over it or using the cans of paint that pop up every now and then while trying to keep bombs from running your hard work. The final one is Goal, which is the gameâ€™s take on soccer. For this one you score by getting the ball into the goals, so the more you do this, the better your odds of winning. There are two types of balls that are worth 10 and 30 points respectively, as well as bombs that dizzy you up of you end up within their blast. 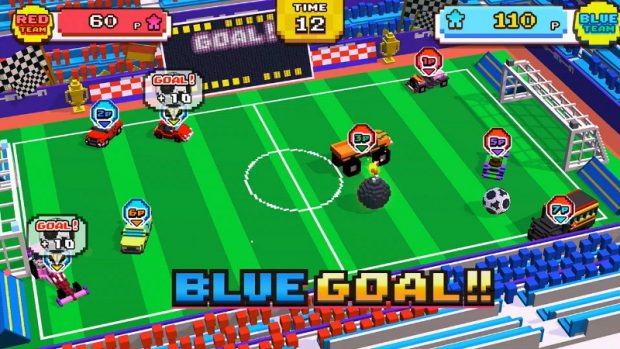 Chiki-Chiki Boxy Racers is a fun and colorful racing/party game that is a blast to play on your own as you learn the basics, but that is even more fun when you have more people join you in the racing and in the quirky party games. Playing on your own feels more like an extended set of tutorials/practice sessions as you learn the basics so that you can compete against friends at home or on the go, either in local or online multiplayer.

Disclaimer
This Chiki-Chiki Boxy Racers review is based on a Nintendo Switch copy provided by Unties.