Game ReviewsThe Gardens Between
No Comments

[PlayStation 4] The Gardens Between Review

The story of The Gardens Between details itself as you progress through the game, but at first, it all starts with two friends in a treehouse. Itâ€™s a stormy night, and childhood friends Arina and Frendt are together. After a big thunderstrike, both wake up on a small island without any idea of how they got there, and thus begins their trip down memory lane. 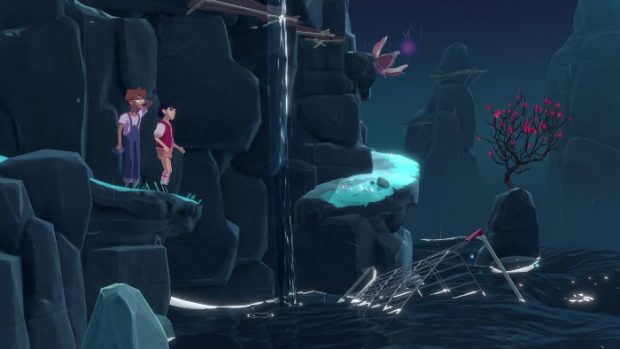 The core gameplay mechanics are pretty simple. If you donâ€™t move, nothing moves – time is frozen still. Moving forward (right) and backward (left) will not only move your two characters but also the many objects placed on the island. As you move in either direction those objects will forward or rewind in time in the exact same way every time, unless something is done throughout the level to change how objects behave. 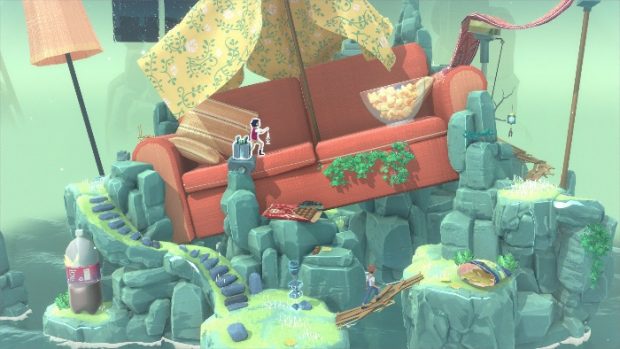 Your goal on each island will be pretty simple: you have to get to the top of the island with Arinaâ€™s lantern filled with an energy ball to place it on a pedestal. Those energy balls will be taken from flowers that you find as you move in the level. The more you progress through the gameâ€™s levels, the more youâ€™ll have to play around with some of the objects to be able to get to the end. For example, flowers with a black center will steal the energy you have in your lantern. Sometimes youâ€™ll want to avoid that, and sometimes youâ€™ll need them to take it. Youâ€™ll also be able to transfer your lantern to some small robots that hop around the level to be bale to move it past some obstacles or to have it make contact with a flower. 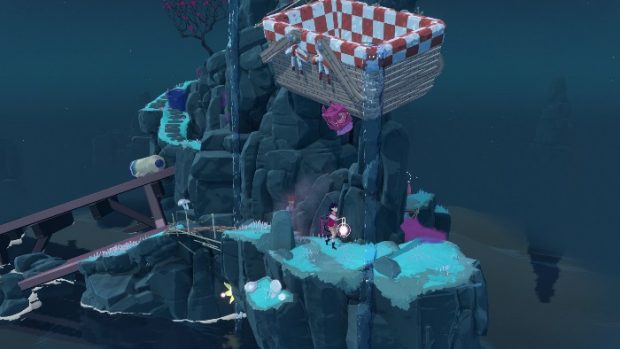 While Arina is the one in charge of the lantern, Frendt can interact with different bells in each of the levels. Some of them will make the flowers open or close, so this will be useful to avoid having the energy in your lantern stolen. Other times, it will actually give you the possibility to rewind or forward time on its own, but only for a specific object in the islandâ€™s layout. This will allow you to do things like moving those little robots around, bringing a bridge together by moving a dinosaur skeleton around, and other things that Iâ€™ll let you discover on your own.

Visually, the simplicity of just moving around the islands obviously has you focusing on all the details in the environment. The good news is that everything in this game just looks great. With so many disproportionate objects such as a giant VCR, a cooler or an old retro computer, the game has a colorful, playful and retro feel to it, all at the same time. Couple that with some meditative Zen-like music, and youâ€™ve got yourself a nice trip down memory lane. 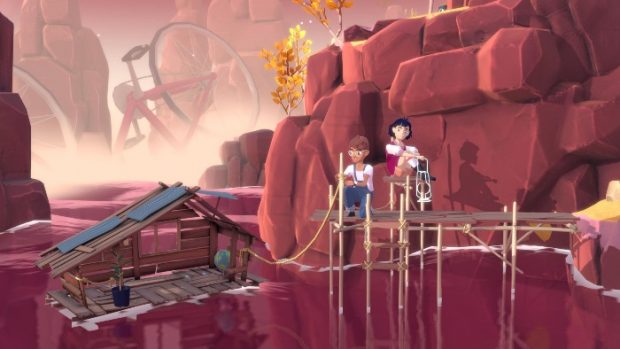 Since I grew up with most of the objects I saw on the islands while playing the game, I was instantly charmed by its look. At the end of each set level the energy ball will show one of the memories of the two friends. At the end of a chapter (consisting of 2 or 3 levels), you get to see a scene from their memories. Even though there was absolutely no dialogue throughout the game, I felt a strong message with those souvenirs about their friendship, so the storytelling, even if minimalist, was excellently implemented in the game. 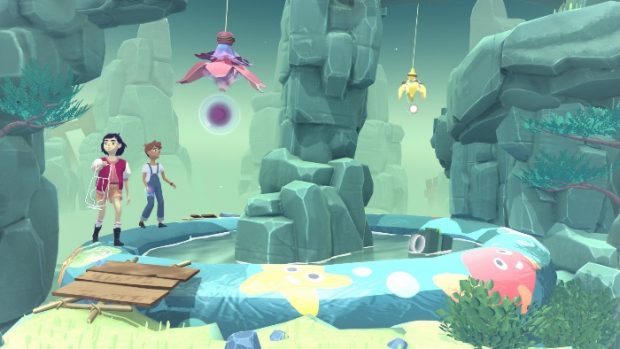 As for the puzzles to complete the islands, they were generally simple, but sometimes a little creativity was required to figure out the right thing to do. I went through the whole game in less than 5 hours and never struggled in any of the puzzles. Speaking of time, to be honest, the game is a bit on the short side. Iâ€™ve already said it before, but I’ll say it again: Iâ€™d rather have a short puzzler game versus one that has a gazillion levels that mostly repeat themselves. The game is available for $19.99, which I do want you to know to help you decide if you want to dive into this fun adventure. 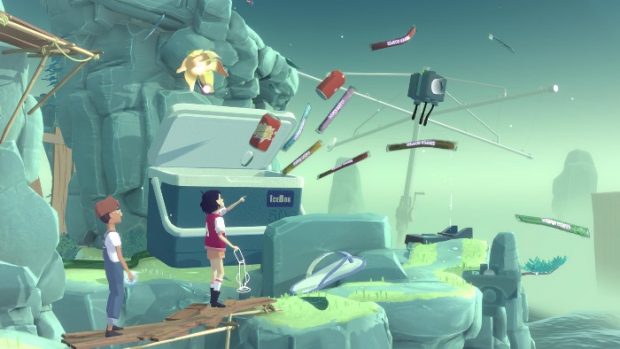 Youâ€™d think that maybe the trophies would require a lot of back and forth, replaying levels in different ways, but unfortunately (or fortunately for all you trophy hunters out there!), the â€œless than 5 hoursâ€ I mentioned I spent with the game also includes replaying a couple of levels for some missed trophies. There are a few trophies you get during your progress automatically, the majority of the rest are gathered in the memory scenes at the end of chapters, and a few are found by doing something specific in a stage or two. After that, youâ€™ll hear that trophy sound one more time, earning you an easy Platinum!

Final Thoughts
The Voxel Agents have created a nice, simple and truly charming puzzler. Its price tag might be a bit heavy for the given play time, but you shouldn’t let that keep you from diving into this game since itâ€™ll be totally worth playing as itâ€™s a great relaxing puzzler. 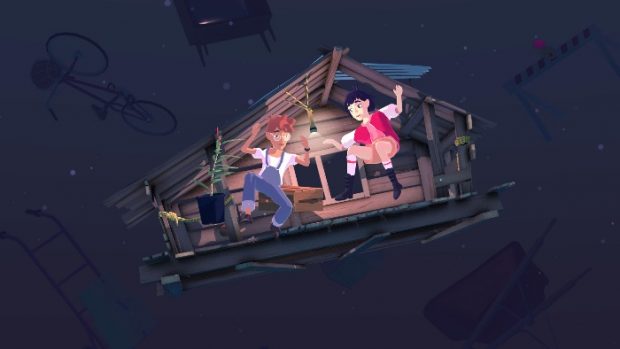 Disclaimer
This The Gardens Between review is based on a PlayStation 4 copy provided by The Voxel Agents.

[Beyond PlayStation] My Brother Rabbit Review