Game ReviewsMonkey King: Master of the Clouds
No Comments 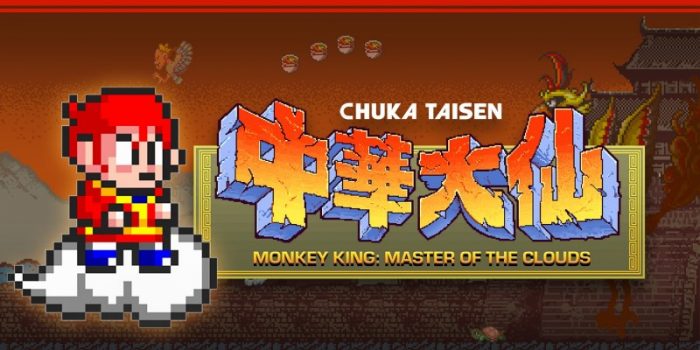 The game was originally developed for arcades by HOT-B back in 1989, and we now get an upgraded port with an HD presentation and some other improvements thanks to the work of Starfish-SD, a company that includes members from the original dev team at HOT-B. Since this one was originally an arcade release in Japan, you can expect five stages of non-stop action where everything that isnâ€™t your character is dangerous and deadly. The game also has online leaderboards so that you can compare your performance in single player and two player modes locally as well as against players from around the world.

Youâ€™ll move your character around with either the left analog stick or the D-Pad, can shoot with the X button, and can unleash your special weapon with the Circle button. Thatâ€™s all there is to itâ€¦ you know, other than staying alive by dodging all enemy attacks! If you defeat the enemy that pretty much acts as a stages mid-boss, you will get to enter a special section where youâ€™ll select your special weapon 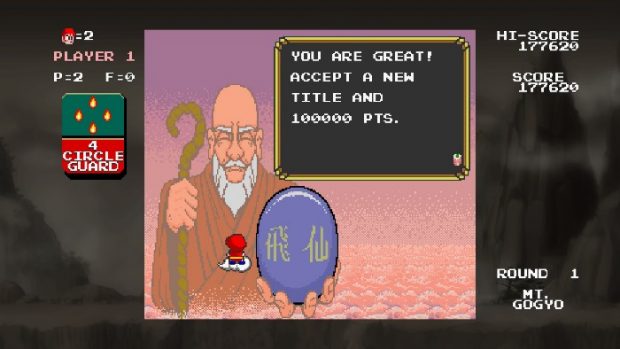 The action is presented in a relatively small screen in a 4:3 aspect ratio that sits in the middle of the 16:9 display. To the sides of the center screen where all the action takes place are indicators for your total number of lives left, which player is currently playing, your attack power, attack speed, and speed (which you increase by grabbing P, F, and A power-ups), your score and high-score, as well as the number of the level youâ€™re currently playing, along with its name. Since a single hit is all it takes to kill you, you always need to be on the move and on high alert so that you can survive long enough to make it to the boss at the end of the stage.

Youâ€™ll face up against flying pig heads, deities riding clouds, heavy duty turtles, what look like flying gyoza, walking pigs using cannons to shoot at you, flying dumplings and more. And at the end of a stage you will find a big boss that will have a weak point for you to exploit, so youâ€™ll need to pay attention to their movement and attack patterns so that you can stand a chance. You are a particularly big target for a shoot â€˜em up release, so when a boss sends out lightning bolts at different angles on the screen which, again, is relatively small when compared to more recent releases, you wonâ€™t be able to stay in one place for too long. 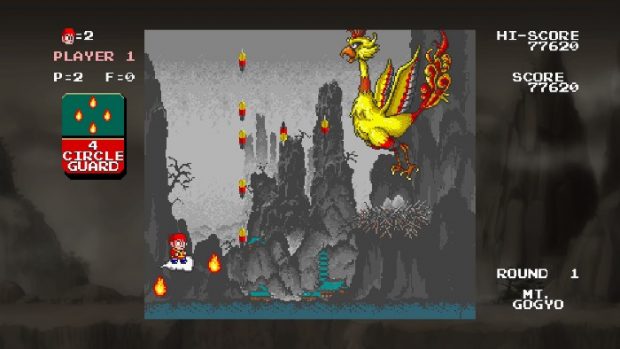 The game only has nine trophies in total, and that means this one does not have a Platinum trophy. What you do get are five Bronze, two Silver and two Gold trophies for your trouble. The five Bronze trophies are awarded for completing each of the five stages in the game. One of the Silver trophies asks that you get over 1 million points and complete the game, while the other one requires you to complete the game without continuing. The Gold trophies are for completing the game after obtaining at least 1.2 million points, as well as for completing all five stages without ever dying. 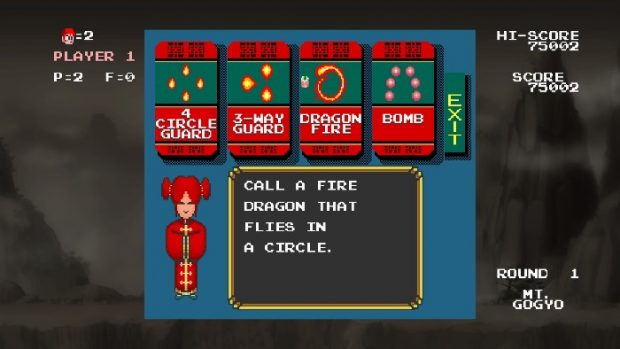 If youâ€™re looking for an old-school infused shoot â€˜em up on PlayStation 4 at a budget price, then Monkey King: Master of the Clouds is definitely going to scratch that itch. The game is much easier to play with two players on board since they both share a single total lives count and as long as one of the players remains alive, the other can rejoin the fight after a 10 second countdown, which is different from how you take on this one if youâ€™re playing on your own. 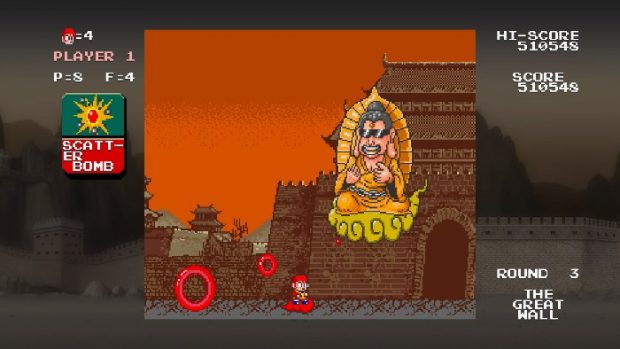 Disclaimer
This Monkey King: Master of the Clouds review is based on a PlayStation 4 copy provided by Retroism.