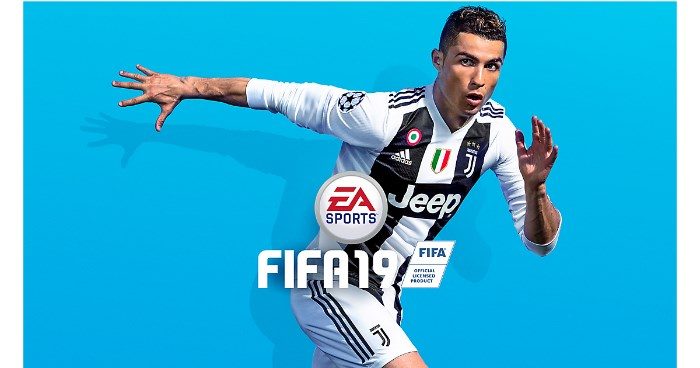 There are few more epic video game rivalries than the one that exists between the FIFA and Pro Evolution Soccer franchises. You can go as far back as the turn of the Millennium when the gap between the video games was smaller than ever. Electronic Arts (EA) has always had something of an edge over Konami â€“ the developers of Pro Evolution Soccer â€“ due to its relationship with FIFA itself, allowing them to brand the game around footballâ€™s governing body and include all of the worldâ€™s best clubs and players.

However, if you turn the clock back to 2003-2004, teenage boys were becoming enchanted by the arcade-esque gameplay of Pro Evo. Most football gamers would argue that Pro Evolution Soccer 6 was the finest hour for Konami. After Pro Evolution Soccer 3 helped raise the bar in 2003, number six put the PES brand on another level as a genuine rival to the FIFA franchise. Although they still couldnâ€™t compete in terms of FIFAâ€™s licenses, the gameplay was super-slick and the AI was more intelligent than ever before. For many, Pro Evo 6 was the last truly great PES release, with FIFA very much having their own way since 2006. But, is that wholly true? Letâ€™s take a closer look at the emergence of these powerhouse football video game brands.

The FIFA franchise: Adored by the “license lovers”

FIFA is a video game that helped

to change the face of football in the 1990s. In fact, many would argue that the brand of FIFA is now more synonymous with the video game brand than the governing body of the beautiful game. It all began with FIFA International Soccer in 1993. Its 16-bit release on the Super Nintendo, SEGA Master System and even desktop PCs showed how football games could played in an isometric view rather than the top-down view of Kick Off, or even the birdâ€™s-eye concept of Sensible Soccer.

It was FIFA 95 that eventually brought club teams to the fore, with the Premier League joining seven other leading European leagues available to play. FIFA 96 became the first three-dimensional football game based on EAâ€™s â€œVirtual Stadiumâ€ technology. The â€œRoad to the World Cupâ€ spin-off versions also started to prove popular, with the France 1998 version featuring improved AI and a plethora of unique French stadia to play in.

As Pro Evolution Soccer hit the ground running in the early 2000s, FIFA sought to overhaul its entire game engine for FIFA 2006. It was the first time that team chemistry would become an important ingredient in the game. FIFA 2008 then introduced the â€˜Be a Proâ€™ functionality, allowing players to control just a single player on the pitch. Improvements to online connectivity have also enabled FIFA to go global with FIFA 2009 seeing the arrival of â€˜Ultimate Team,â€™ allowing players to mould their own teams by buying, selling and trading players online.

Today, some 200 million FIFA matches are played between gamers online on the most popular day of the week for FIFA gaming: Sunday. FIFA has also become a hugely popular facet of the burgeoning eSports industry, with professional gamers battling it out to become crowned the best FIFA player on the planet. This industry has grown to the point that sites like Betway, for example, even offer betting markets on the latest eSports tournaments, such as FIFA’s eSuperliga and eWorld Cup.

How Pro Evo has gone from hero to zero

There is an argument among the football gaming fraternity that Konami and Pro Evolution Soccer peaked far too soon. In the mid-to-late-1990s, Konami and the brains of Shingo Takatsuka worked day and night to design a fluid, flawless football video game that would take the world by storm. By 2002, Pro Evolution Soccer 2 was proof that Konami and Takatsuka were well on their way. A few minor tweaks saw PES 3 become the iconic football game that this generation of video gamers was craving.

The Master League was an inspired creation, allowing players to start with a team of complete unknowns and mould them into a winning side that rises through the leagues; with the ability to add real-life players to the mix too. The â€˜fakeâ€™ Master League heroes such as Valeny, Espinas and Castollo would live long in the memory.

However, from 2007 onwards, it has since been a downward spiral for Konami and the PES series. PES 11 was a particular low point for the brand. FIFAâ€™s true ball physics and its 360-degree running technology also helped revolutionize its gameplay, helping to make PES look somewhat as going backwards in comparison. Even FIFA Street provided a fresh take on football gameplay compared with PES 11. Many people within Konami would argue that FIFA has only reached the pinnacle by copying many of the features that PES had developed from an early stage. But few can argue that FIFA has become a remarkable product in its own right. Whether PES and its new â€˜Fox Engineâ€™ will be able to adapt and create an extra dimension for football console gaming remains to be seen.

Mindjack from SquareEnix Looks Good and Will Be Available Next Week... January 13, 2011 | Oly