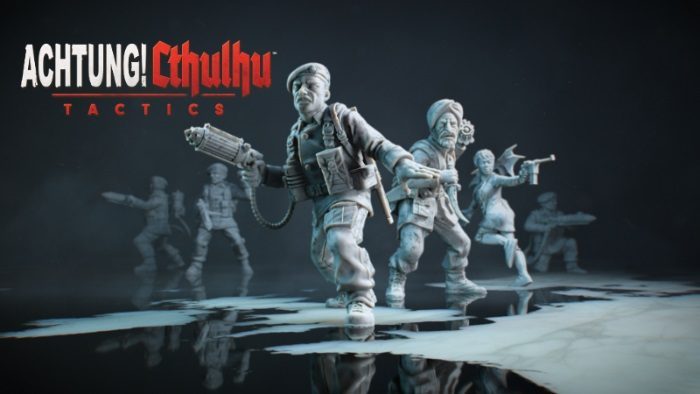 The story of the game, and the Achtung! Cthulhu universe is about a few allied soldiers that end up behind enemy lines. What starts as an investigation mission will quickly evolve into something much bigger. The Black Sun and Nachtwolfe, two Nazi rival groups, are planning to unleash some dark Mythos secrets against the allied forces!

Your group of Allies will be controlled in typical turn-based strategy RPG fashion, similar to what you can see in games like XCOM. Each turn all your soldiers can execute a certain number of actions, whether it is moving or attacking, with each one consuming a certain number of action points (AP). You â€™ll have to plan those moves carefully, as positioning will be critical for your survival. Ending up in an open spot will leave you vulnerable for attacks, so youâ€™ll want to look for cover. But not only position will be important, but also the direction in which you look at, to provide a field of view that will reveal any enemy hidden that enter your area. 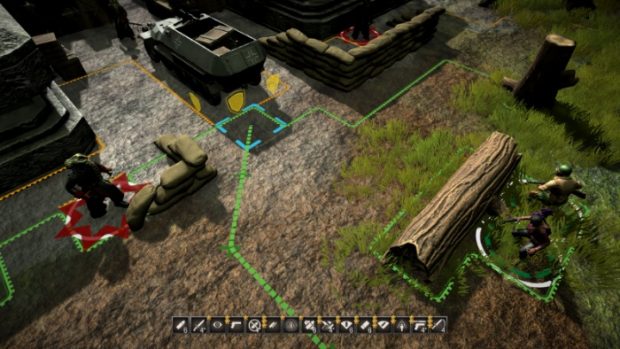 Another interesting aspect to your strategy is the Overwatch, which makes your units watch for enemy movement in the selected field of view and automatically attack them if they pass by. Stress is another interesting factor that can turn the battle against you if youâ€™re not careful. When attacked by unseen enemies, or when your allies take too many hits, units will become stressed, and if it becomes too much, theyâ€™ll panic and go as far as to attack friendly units.

When youâ€™re in missions, every now and then youâ€™ll just have to walk/explore the map until you reach the next battle. While I can understand this formula in standard RPG games, I didnâ€™t see any reason for this to be available in a digital release since you select missions from a hub map in the first place. Speaking of which, there are two types of missions youâ€™ll be able to choose from on this map: the story missions, which will obviously advance the story, and side missions that you can do to earn additional experience points and items to help you on your quest. 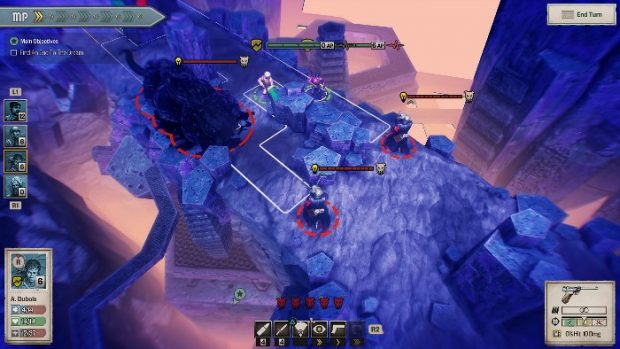 When youâ€™re not in missions, thereâ€™s a lot to do to customize your characters. With the XP points you gain when completing missions, youâ€™ll eventually have Skill Points to spend on a skill tree for each of your allies. As you progress in the game, youâ€™ll also gain new weapons, mods, and items that youâ€™ll be able to switch before going on missions. Some weapons, for example, will be more powerful but offer a shorter range of attack, so planning will be important to maximize your force. Different weapons also cost different amounts of AP to activate, so there again there are some things to think about before heading into battle.

The game is presented in a nice isometric view that you can manipulate in pretty much any angle you want so that you can focus on what you want to see. If you zoom in, youâ€™ll notice a lot of attention to the textures and environments that make for some nice battle sceneries. I often find that the HUD in that type of games is cluttered or just simply confusing to understand, but the one in this game was simple and easy to pick up. 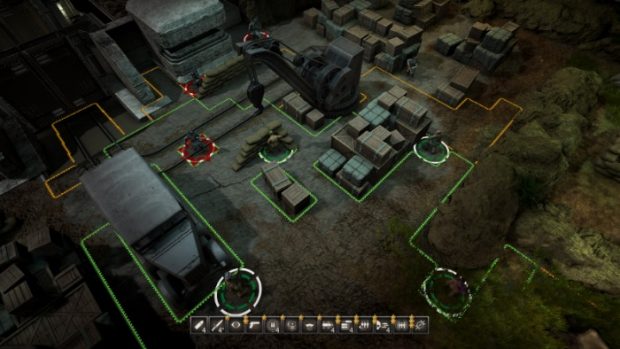 Although this is generally not my style of game, I found myself appreciating my time with it. Iâ€™ve always been a fan of World War II-related games, and when you add up some dark magic in there (pretty much like the Hellboy movie when you think about it), it gets even better. The brief tutorial at the beginning gave me pretty much all I needed to get going and pick up the pace as I progress without feeling overwhelmed. As an avid trophy hunter, I also appreciated the fact that nothing forced me into playing the game on the hardest difficulty setting. I could choose to play on the easiest setting to appreciate the story and gameplay without the need to be a master strategist.

And speaking of trophies, this game feels like a strategy game that has an achievable Platinum! First of all, as I mentioned, thereâ€™s no trophy tied to the difficulty setting, so that helps a lot. Other than that it feels as if youâ€™ll mostly require patience to get them all, as there are a lot of specific trophies that you probably wonâ€™t get on your first try, but nothing that seems impossible. 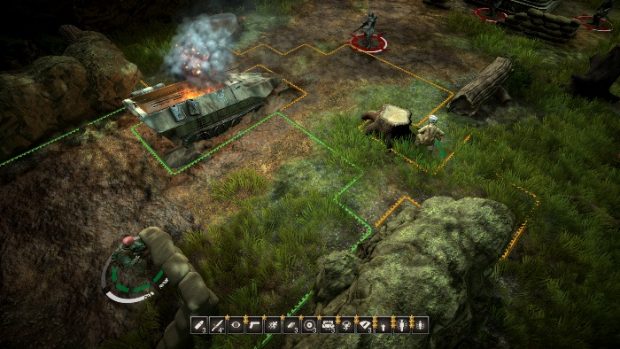 Final Thoughts
With the interesting universe and some simple yet challenging strategy mechanics, developer Auroch Digital and publisher Ripstone have given us a turn-based strategy game that is a lot of to play. It might not revolutionize the genre, but it has all the right elements to create an enjoyable experience.

Disclaimer
This Achtung! Cthulhu Tactics review is based on a PlayStation 4 copy provided by Ripstone LTD.