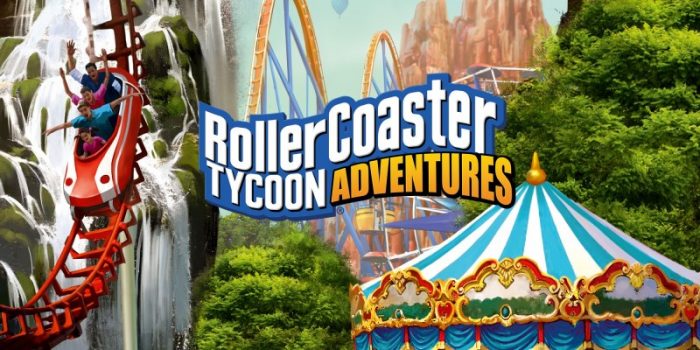 RollerCoaster Tycoon Adventures is the newest Tycoon simulation game from Atari, and it has now found its way to the Nintendo Switch. This new game on Nintendoâ€™s hybrid console might be someoneâ€™s first introduction to the simulation and building genres, genres in which many of us have found ourselves binge playing for weeks, to the step back for a bit from the game only to dive right back into it for a while, repeating the cycle over and over again for eternity. 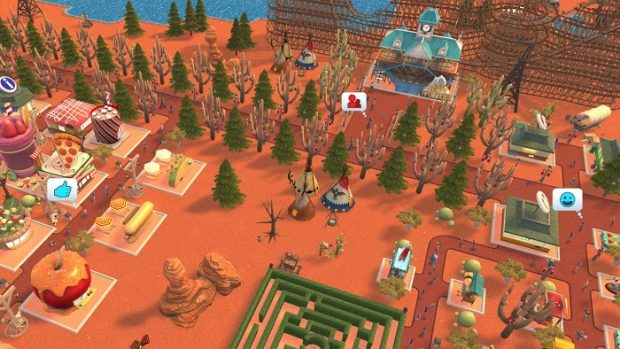 The first thing any veteran of the genre will notice is that this game is a simplified version of the formula. Itâ€™s very safe, linear and it holds your hand through the entire time you are playing. There arenâ€™t any risks really, no matter your choices, you never really find yourself in a failing situation. On top of that, the gameâ€™s pace is really fast, even by simulation standards. Whatever you do will probably be outdated after 20 minutes, but this isnâ€™t a problem since as long as you can keep the money flowing, youâ€™ll be able to afford replacing an attraction in no time. 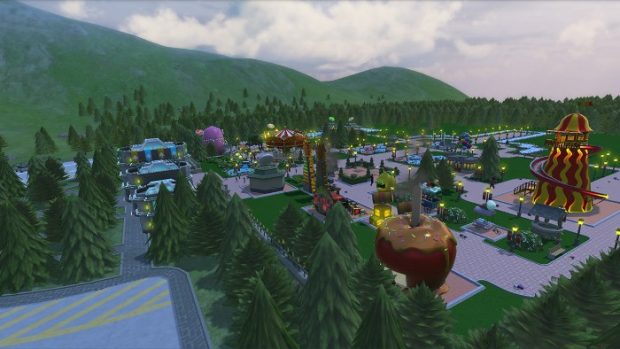 This will probably irk away many hardcore fans of the series as itâ€™s going to rub some people the wrong way, but the way this new game is setup also means that it is a great opportunity to introduce someone to the genre, especially kids who might be overwhelmed by the complexity of other simulation titles. With RollerCoaster Tycoon Adventures they can start their journey into management, simulation and building games quite swiftly at a level that will be easier to grasp and understand. But not all is lost for those who want something new, as the use of touch controls certainly helps to maximize your time with a game of this gameplay style, an option that proves to be very useful. 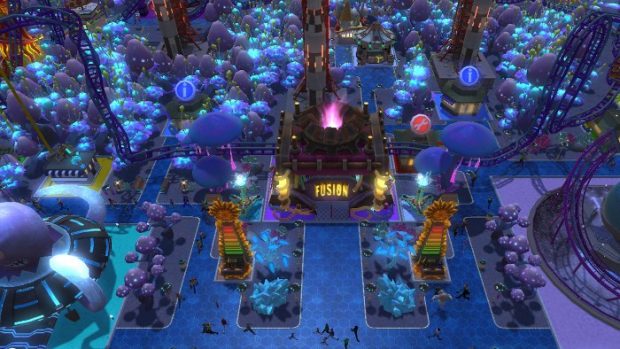 Since you have three modes to play in (Adventure, Scenario and Sandbox), thereâ€™s certainly something for everyone in this one. Speaking of Adventure mode, this one runs under an event system that makes every park feel a bit different as new events are introduced into your run, making you choose between tough decisions on the spot as fast as possible. RollerCoaster Tycoon Adventures is also a very colorful game that allows you to customize the look and feel of your park from a ton of available color pallets so that you can set your parks in either the Alpine, Moon, Canyon or Tropics locations it offers. 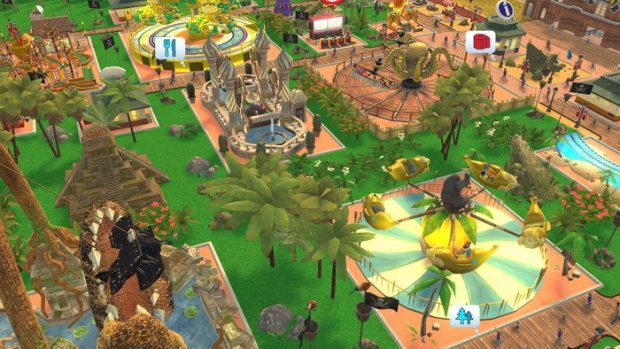 There are also many things you can consider adding to your park. You can, for example, select between the Wooden, Steel, Winged, Hyper, Inverted, Dive, and Accelerator types of roller coasters to keep things feeling fresh. There are also over 100 restaurants, shops and rides that can be mixed and matched as needed so that you can maximize your revenue stream as you aim to keep your customers as happy as possible. 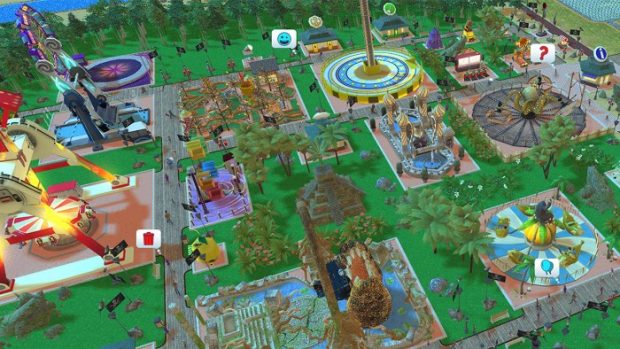 All things considered, itâ€™s not a bad game on its own, but itsâ€™ definitely not at the same level as other Tycoon simulation games you might have played. The game is available right now on Nintendo Switch for $49.99 in the Nintendo eshop so that you can play the game at home or on the go. The game is one Iâ€™d certainly recommend to more casual audiences who are looking for a fun game to get into the simulation genre without feeling overwhelmed.

Disclaimer
This RollerCoaster Tycoon Adventures review is based on a Nintendo Switch copy provided by Atari.