In Shikhondo: Soul Eater you start at the bottom of the screen, and everything around you will move automatically as you try and avoid enemies and their attacks which come at you in rapid succession. You can either press the attack button multiple times as you would in an old-school shoot â€˜em up from back in the day or, to alleviate the repetitiveness, you can simply just hold down the attack button and let the fire continuously go without stopping. There is no cooldown period for basic weapons, which is definitely nice. 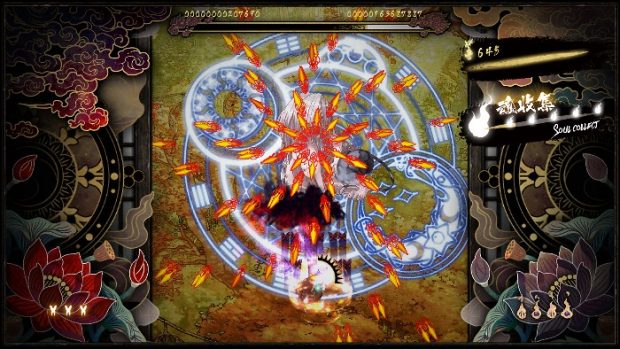 Your standard basic weapon if choosing the Grim Reaper avatar has a limited fire rate, and you can slow down by hitting the R2 button focus button. This mechanic will be especially useful for boss battles, and for weaving through intense sections with a ridiculous amount of firepower coming at you. It’s fair to say this game can get pretty frantic and quite tough – even shoot â€˜em up pros will die many times in this bullet hell nightmare! The tutorial is not very good, but you will get the gist of how the game plays by playing as you go. There isn’t much to the game it’s pretty basic with an easy to use control set up. 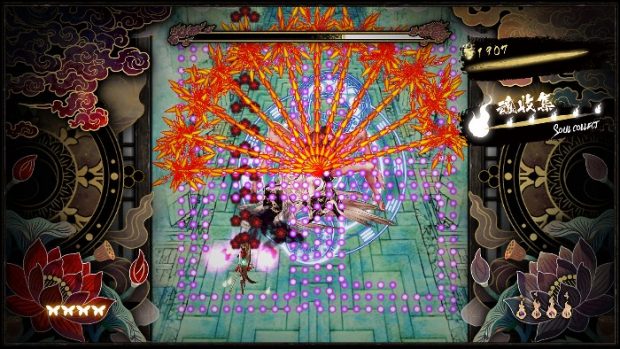 The game gets frustratingly difficult as you progress with enemy projectiles absolutely flooding the entire screen, giving you little to no chance of avoiding incoming fire to try and stay alive since you need to go deep into a Zen-like state to make it. This is a game that is not suitable for casual gamers or for those that are new to the bullet hell genre since it might be enough to make them stay far away from the genre as a whole after playing this one. 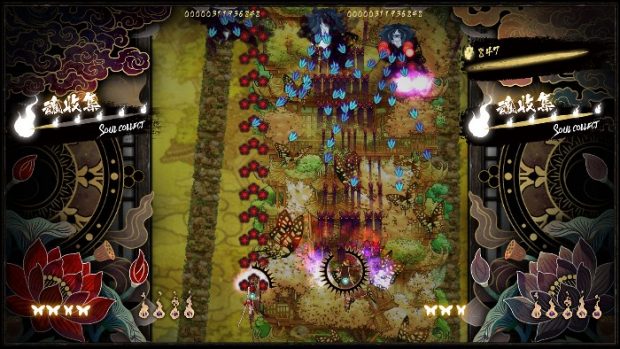 This one doesn’t offer much in the way of variety apart from a few difficulty settings and a Boss Rush mode â€“ so you can beat the bosses all over again if you want to. But for this one, it feels as if once youâ€™ve seen one boss youâ€™ve seen them all, making the Boss Rush mode a bit of a hit and miss. The other thing is that the music doesn’t change with each boss, which makes them feel even more forgettable. At least the game offers some local co-op so that you can play with friends. There is also Hardcore mode that raises the already high difficulty into insane levels. The good news is that there are online leaderboards available so that you can go back to the game to try and bump up your score to go up in the standings. 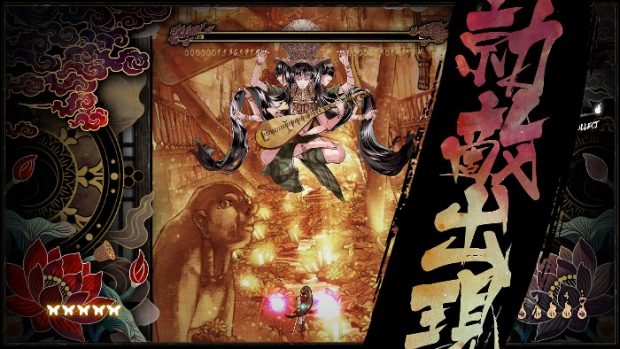 Shikhondo: Soul Eater is a hardcore bullet hell release that even those who have a lot of experience with the genre are going to have a tough time playing. The screen comes alive with all the colors of the bullets that enemies and bosses shoot at you, giving you a small window of opportunity to try and stay alive, so you better be OK with dying a lot in this one! But if youâ€™re up for a challenge, then Shikhondo: Soul Eater is waiting for you on PlayStation 4!

Disclaimer
This Shikhondo: Soul Eater review is based on a PlayStation 4 copy provided by Digerati.