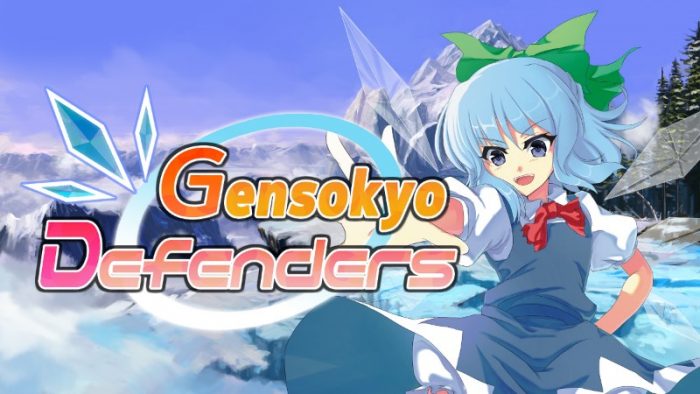 The first stage in the game will act as a tutorial so that you can learn the basics. You can move with the left analog stick and change your aim with the right analog stick. If you want to move quickly around the stage, then you will need to press and hold the L button. The R button will unleash your main attack, but you can use the ZL and ZR buttons to switch between attacking and setting up traps. Traps are very important since you wonâ€™t be able to defeat all enemies on your own since theyâ€™ll come out you in big groups. Traps are built on the square on which youâ€™re standing, and they will damage any enemies that walk over them. Since traps cost money, you will need to battle and defeat enemies to collect more. 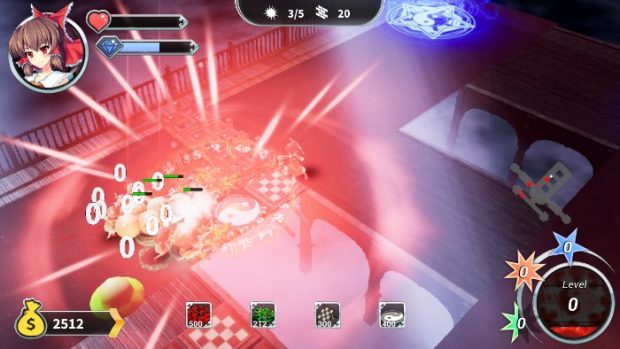 You also have spells cards at your disposal. You can select one by pressing a direction on the Joy-Conâ€™s D-Pad, which will show you its area of effect, and pressing said direction again will activate the spell. You will have access to defensive spells that will, for example, keep enemies from moving forward, as well as spells that can deal considerable damage over their area of effect. Using spell cards costs magic points (MP), so you need to keep an eye on your blue MP bar on the upper left corner of the screen, right below your characterâ€™s hit points (HP) bar. There is also a special attack called Last Word that can be activated by pressing down twice on the D-Pad, which you can only use after defeating enough enemies to fill the Last Word bar in the lower right circular display. 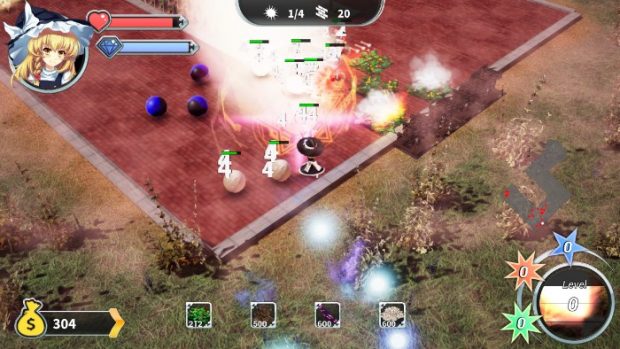 The objective of each stage in the game is to keep your base, represented by the big blue glowing circle, safe from enemies. Your baseâ€™s HP will be shown at the upper center part of the screen, and you will lose if it ever reaches zero. The HP for tour base will decrease with every enemy that manages to reach it. Enemies will sometimes drop UFOs (because why not?) that will provide you with different power-ups, so be sure to grab them to increase your odds of survival. Depending on your performance on a stage you will get up to a three-star rating, so if you want to 100% the game, you will need to be quick in completing each enemy wave, keeping your base at full health as you make short work of the enemies that are trying to destroy your base. 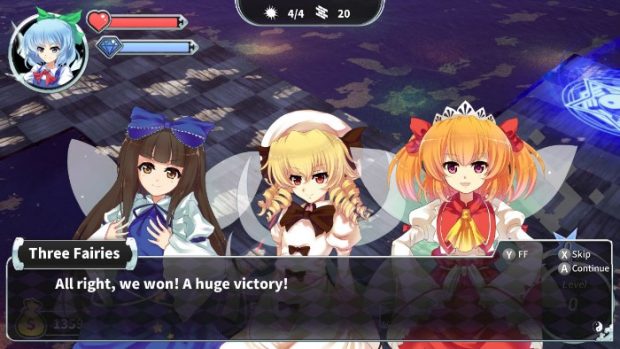 The stars that you get will be converted to points which you can then use to upgrade your towers. For example, by upgrading your watchtower trap, you will be able to extend its attack range by half a space. Another stat to upgrade is its damage against flying enemies. A third stat will allow the watchtowers to also knock back targets. And if you at some point feel that you need to rethink how your traps have been upgraded so that you can redo upgrades to maximize the potential of the traps youâ€™re using the most or that are particularly effective for a stage that is giving you trouble, then you can reset your upgrades at no cost. 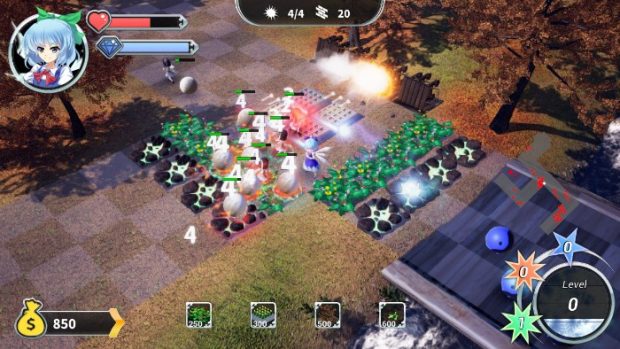 The game also offers an online multiplayer mode so that you can play along with players from around the world as you cooperate to clear a stage to move on to the next level. You can select from the servers in the United States, Europe, Asia, and Japan so that you can find others to play with. You can either go into one of the available rooms at the online lounge, or you can create your own room so that others can join in on the fun – you can even protect a room with a password so that only those youâ€™ve shared the password with can enter. 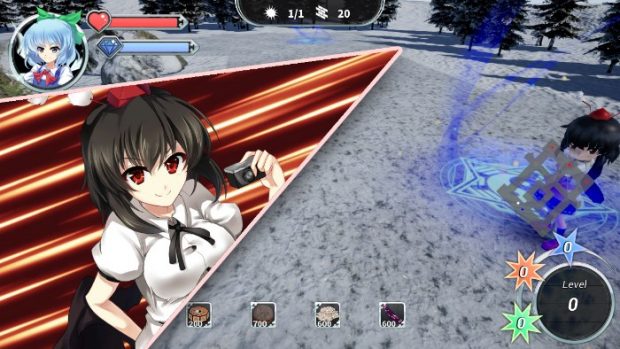 Gensokyo Defenders is a fun and challenging tower defense game in which you can â€“ and have to – go on the offensive, using your characters main attack and skills to keep your base from being destroyed. The game offers more than enough content for its asking price, and if youâ€™re the type of gamer that likes to 100% games, youâ€™ll be spending some extra hours with this release as you upgrade your structures to be able to get a three-star rating in the handful of levels that are too hard to beat with a perfect score the first time around. 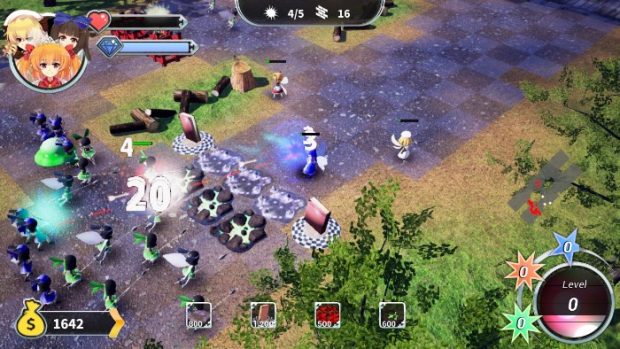 Disclaimer
This Gensokyo Defenders review is based on a Nintendo Switch copy provided by Unties.

[Beyond PlayStation] Find The Balance Review