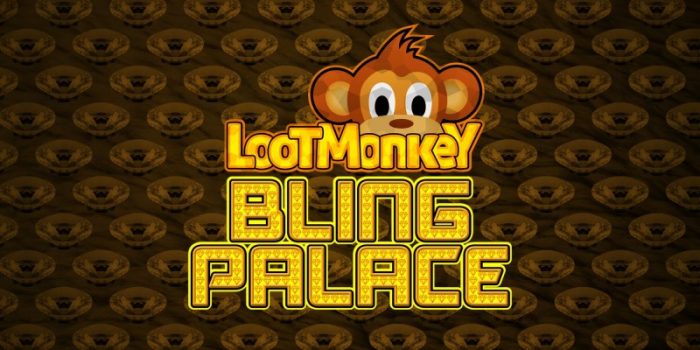 In Loot Monkey: Bling Palace you take control of Dougie, the titular Loot Monkey. Your master has tasked you with cleaning up after the party from the night before since a lot of loot is just lying around at the Bling Palace, which is not how things should be. You must, therefore, collect all of the colorfully flashing loot of all shapes and sizes that will be just laying around each of the levels you play â€“ minus the starting level that will serve as a tutorial of sorts. 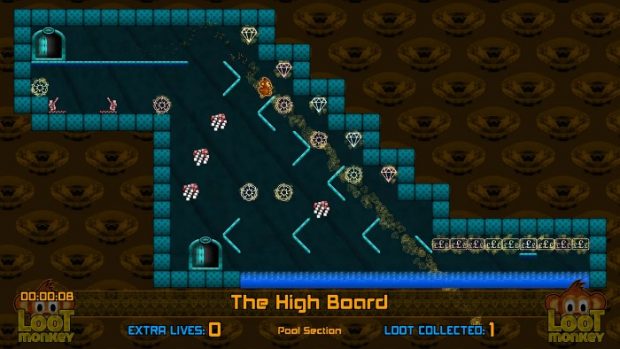 The controls are what youâ€™d expect from a 2D single-screen platformer. You move with the left analog stick or the D-Pad and can jump either by pressing up on either one or by pressing the A or B buttons. Dougie can only jump one tile up and three tiles across, so do keep this in mind if you want to stay alive! Enemies will always be on the move in each area you visit, and it is easy to spot them since theyâ€™re all red. Along with enemies, there are also hazards to avoid, such as water, fire or vomit. One hit is all it takes to kill Dougie, so be careful! 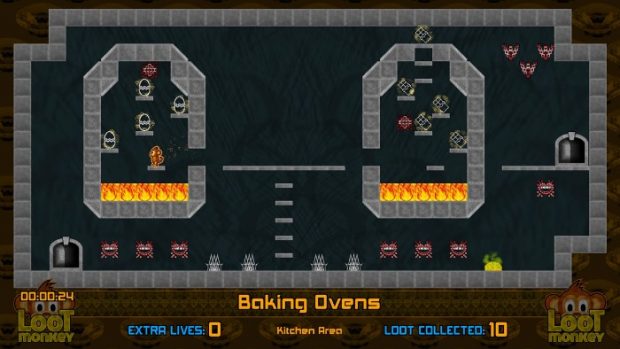 The game offers four gameplay modes. You can take on Speccy, which grants you eight lives total to start with, and the chance to collect extra lives as you play. In Willy, you only get the eight starting lives and canâ€™t get more. Manic starts you with one life, but you can collect more as you play the game. The final mode is Amiel, and it is a crazy-hard mode in which you only have the one life to do as much as you can. Rooms in the Bling Palace are interconnected, so you can take more than one door to take you down to a particular area. Since the goal of the game is to collect all the loot, you will need to visit each room in the palace to collect 100% of the available loot. 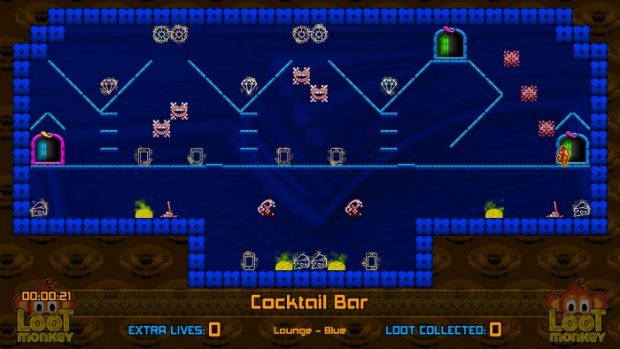 Loot Monkey: Bling Palace is a serviceable 2D platformer that feels a bit odd on the Nintendo Switch. While the game’s dev states it has been inspired by old-school games such as Jet Set Willy and Manic Miner that released way back on the ZX Spectrum â€“ a.k.a. the Speccy â€“ the gameplay mechanics of ages past sometimes donâ€™t translate well when brought into the 21st century. Dougieâ€™s jumping is a bit off, feeling too floaty as he goes up and too heavy as he comes down to the ground. Thereâ€™s also the fact that as Dougie runs, he gains some extra momentum, which means you canâ€™t just leap over obstacles or enemies when youâ€™re standing right next to them since you wonâ€™t have enough momentum to make a clean jump. Itâ€™s hard to recommend this indie release when there are way better games on offer on Nintendo Switch for seven bucks. 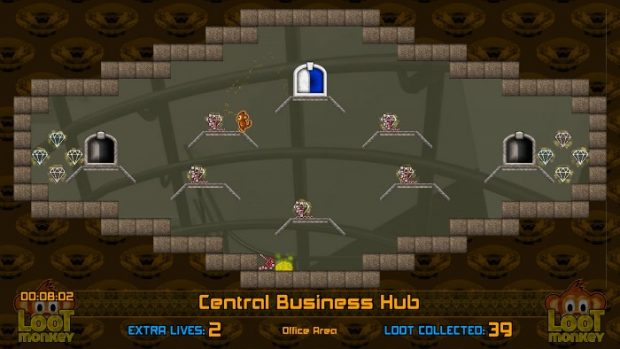 Disclaimer
This Loot Monkey: Bling Palace review is based on a Nintendo Switch copy provided by Tackorama.

Serviceable 2D platformer that could use some improvements