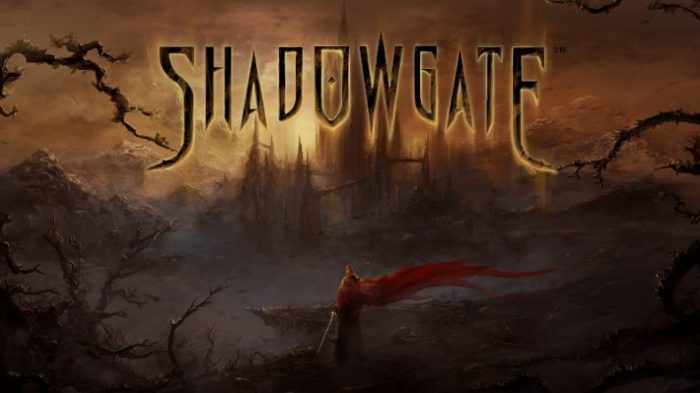 Point and click adventure classic Shadowgate is back with a new take on Nintendo Switch. Learn more about this gem in our Shadowgate review!

Industry veteran Dave Marsh, who actually worked on creating the original Shadowgate way back in the day (1987 to be precise), started a new company called Zojoi Games back in 2012 with one goal: to develop a reimagining of the game for modern PC – and eventually video game consoles. To do this, Zojoi took the project to Kickstarter, managing to reach one stretch goal that would allow the team to add some new rooms to the game, new puzzles, and more. After releasing on Steam in 2014, the game has now found its way to the Nintendo Switch. As a fan of the original release – and owner of an NES cartridge version of Shadowgate – I was one of the backers who helped the reimagined version happen, so I was definitely up for reviewing it on Nintendoâ€™s hybrid console. 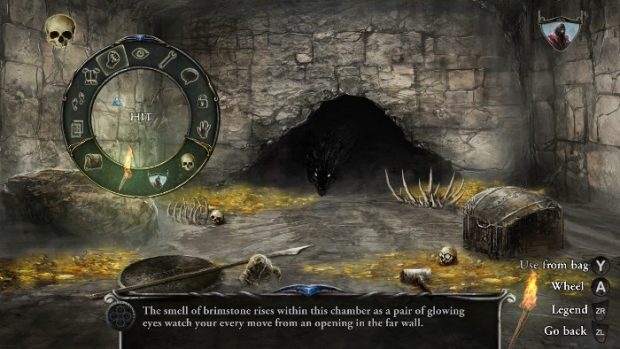 There are several commands at your disposal to take on this journey. You now have a command wheel from which you can select the action to perform – some actions can also be performed by pressing the B button based on the context under which it is to be performed. As for the commands on the wheel, Look is for examining an object, and this will be particularly useful when you look at open scrolls or books yo learn spells. Take is for obtaining objects, which will be added to your inventory. Open can be used to open doors, containers, books or scrolls. Close, as expected, will allow you to close what you can open with the Open command. 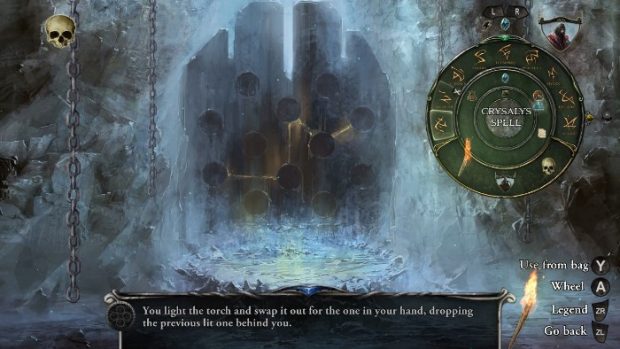 Go is for moving through the many rooms in Shadowgate. Hit is for punching someone or something. Eat is for eating, inhaling, drinking o consuming something. Speak allows you to interact with anyone (or anything) you meet – this can also be used to speak with Yorick (the skull you pick up early in the game) to receive hints. Equip is for equipping items, and you can remove them by selecting Unequip. Use is the command youâ€™ll, well, use the most since it lets you select an item and use it somewhere in the room you are currently in. And then, you have Use With, which uses one item in your inventory with another item in your inventory. 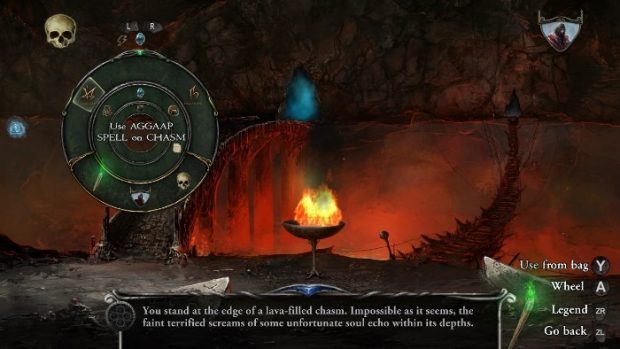 Speaking of your inventory, it is split between Items, Spells, Outfit, and Archives, so when you take an item, it will be placed in the corresponding section. Once inside of your inventory, youâ€™ll be able to switch between each section by pressing the L and R buttons. Basically, if an item is not a good fit for the Spells, Outfit or Archive sections, it will be placed under Items. Spells will contain all the spells that youâ€™ve managed to learn during your adventure, which you can cast by selecting use. Outfit contains all the items that you can equip on your character. Archive will contain all parchments, books, and maps you have collected. 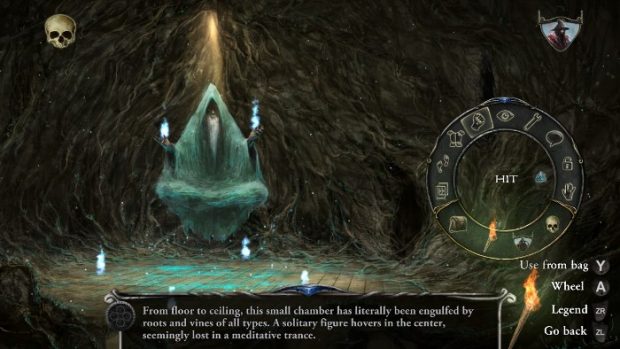 The most crucial item in the game is the torch. Without a lit torch in your hand, your adventure will come to an end. You can review your current torch in the lower right part of the screen. Every time you perform an action, your torch will burn down a bit – with the exception of the look command. To keep a torch lit at all times, you will need to select Use With for a lit torch to be used on an unlit torch. Always pay attention to your torch or else you will be caught with your pants down and might fall to your doom. But if you think this might be a bit stressful, you can select to play in Normal mode during which torches will never go out. 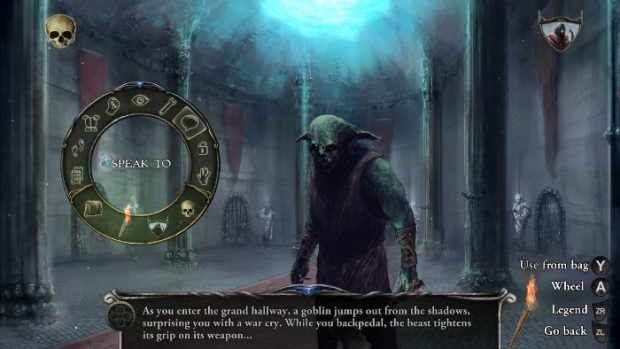 As for some extra elements, I believe are worth mentioning, Shadowgate on the Nintendo Switch offers different difficulty settings so that players of all skill levels can take on the game. If youâ€™re feeling rather adventurous, you can try to take on this adventure in Ironman Mode in which you wonâ€™t be able to save and must finish the whole game in one go, so if you die, youâ€™ll have to start from the beginning. The game now also includes voice acting to enhance your experience. There is also an option for playing in Retro Mode which gives the game a pixelated look while adding the NES chiptune soundtrack from the 1989 classic. 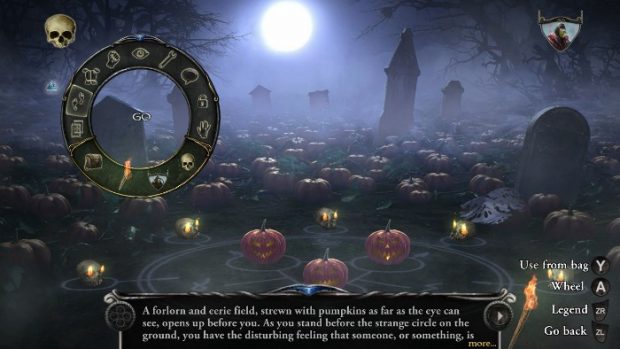 If you loved to play Shadowgate back in the day, then youâ€™re going to love what Zojoi Games and Abstraction Games have done to revise, reimagine and remaster the beloved classic. But if youâ€™re new to this adventure, you might feel that some of its more obscure 1980s puzzles are a bit out of place in a 2019 release. Hopefully, you give this one a go because I had fun with it and I would like to see them do something similar for DÃ©jÃ  Vu and Uninvited.

Disclaimer
This Shadowgate review is based on a Nintendo Switch copy provided by Abstraction Games.

Great reimagining of a point and click adventure classic

Our World Is Ended Out Now On PS4 And Switch