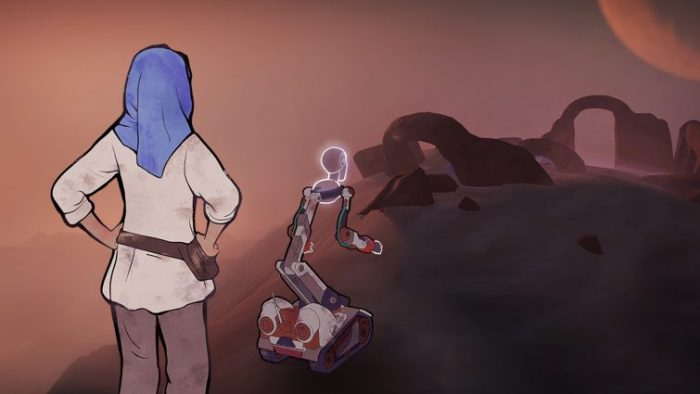 Heavenâ€™s Vault is an interesting narrative about deciphering ancient writings in a unique twist to adventure games. Find out more in our Heaven’s Vault review!

The story debuts with a brief moment in the present day but quickly rewinds things back to a couple of weeks before that moment, in which Aliya is at the University of Iox and is greeted by a robot asking her to go and meet Professor Myari. The professor, who rescued Aliya when she was young, needs help in finding a lost friend of hers, with only an ancient brooch with some writings on it as a hint. With the help of the robot, who sheâ€™ll name Six because itâ€™s actually the sixth one she is given, sheâ€™ll embark on an adventure that will take her far beyond simply finding the missing person.

Most of your time in the game will be spent exploring different planets, which youâ€™ll do from a third-person perspective. Thereâ€™ll be humans, who youâ€™ll be able to interact with, but not all of them friendly to you as the people of Iox are seen as the high society that takes from the poor to feed themselves. Youâ€™ll have to tread carefully with your dialogue options since the game offers an adventure that is altered by your choices, pretty much as you’d find in a Telltale Games release. Depending on your choices, you might be able to get some clues on where to go next or where you could find another dig site to explore. 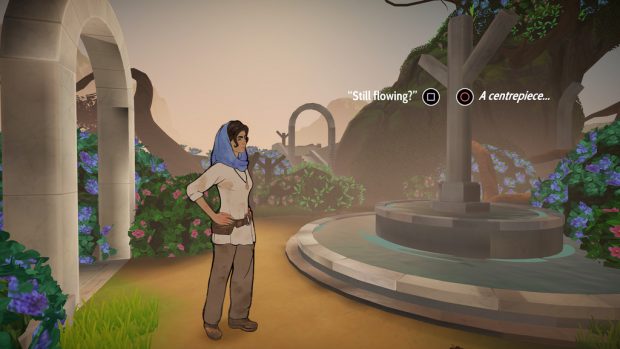 Other than humans, youâ€™ll also be able to find, or be given, objects with ancient writings on them. They will serve as the puzzles of the game but in an interesting way. Youâ€™ll get to see each â€œword,â€ which is actually a series of symbols for the language that the developers created by taking inspiration from Ancient Egyptian and Chinese writings, and the game will provide you a set of English words so that you can interpret the symbols and guess what they could mean. At first, it will be a bit luck-based, since you donâ€™t have any background information on this language, but the more you dig into the game, the more youâ€™ll be able to make links between words, based on the symbols they share, to help you translate these writings.

The more information you gather, the more the gameâ€™s timeline will be populated with all your findings, adding elements dating back to centuries ago up until today… and beyond. This was actually a pretty neat feature in the game I liked, although the lack of expanded explanations on it all did make it a bit confusing at first.

As I mentioned before, with all the information you gather you will be pointed in the general direction of new places to travel to, which you can do from a map that then takes you into a sequence where you control the ship, steering left or right through the currents. Those sequences will also serve as sections with some extra storytelling, in a similar way to what God of War did when traveling between portals or on the boat with Mimirâ€™s stories – but, you know, in a more indie way. 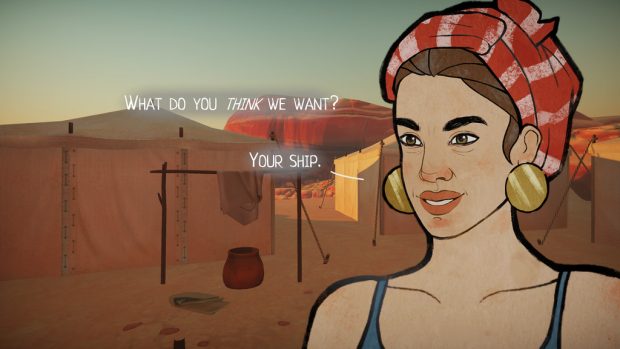 If thereâ€™s one thing that makes this game shine, itâ€™s undoubtedly the visuals. The art style is beautiful, with 3D environments that look great and great 2D characters that come to life on the screen, and you get to see a trace of each character for a few instants each time you stop and move again, as if you were looking at things from another dimension.

Even though all those elements seem to fit well together, and Iâ€™m pretty sure a lot of people will appreciate the game, I felt there was something missing to grab my full attention. I found the dialog system to be a bit unclear, as you have no real indications on how long you can think about your answer, other than the text slowly fading away. The given choices were also not always clear on their intentions, so you could end up answering something you totally didnâ€™t want to say. The most obvious example of these is when you can answer to someone, and the choices youâ€™re given are â€œReplyâ€¦â€ or â€œReply?â€, without even knowing what youâ€™ll reply with.

I also found the ship sequences to be tedious, with some occasional left or right turns (which could get you a â€œgame overâ€ and force a restart of the sequence if you didnâ€™t take the right turn) but mostly about how looking at a ship that slowly moves towards a destination is not as fun as you’d think. I understand the purpose of the storytelling behind it, and how the sequences fit into this world, but the execution felt a bit flat.

Not all is bad though, as I really liked trying to compose sentences out of the word options. Sure, at first it was based on pure instinct, but then as I gradually uncovered the mysteries of the language, things got very interesting. The way the lore of the game is built around this makes for a really interesting story that you want to continue exploring until the end.

As for the trophies, the list doesnâ€™t look challenging, but since the game is open, you could easily miss some things if your exploration takes you to different places. There are some trophies tied to the translations youâ€™ll be able to achieve, which will surely unlock as you play, but a good reading of the other trophiesâ€™ description might help you plan things to try and get a brand new Platinum added to your collection. 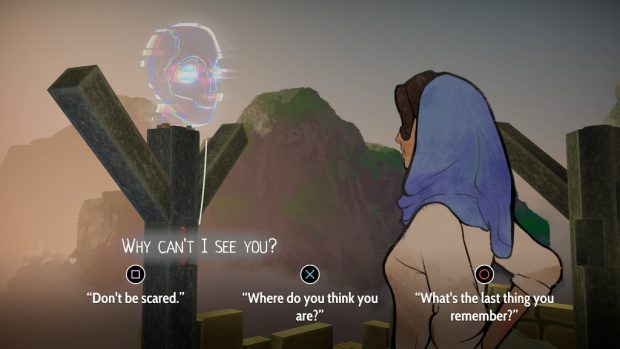 Final Thoughts
One thingâ€™s for sure: developer inkle has created a unique experience with this game. The story, the visuals, and exploration aspects all make it worth playing this one, even though there are a few elements that create some less than interesting moments.

Disclaimer
This Heaven’s Vault Review is based on a PlayStation 4 copy provided by Inkle Studios. 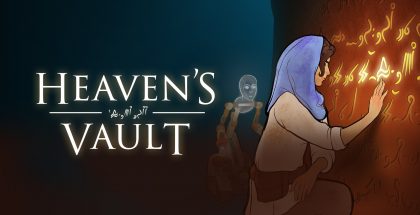 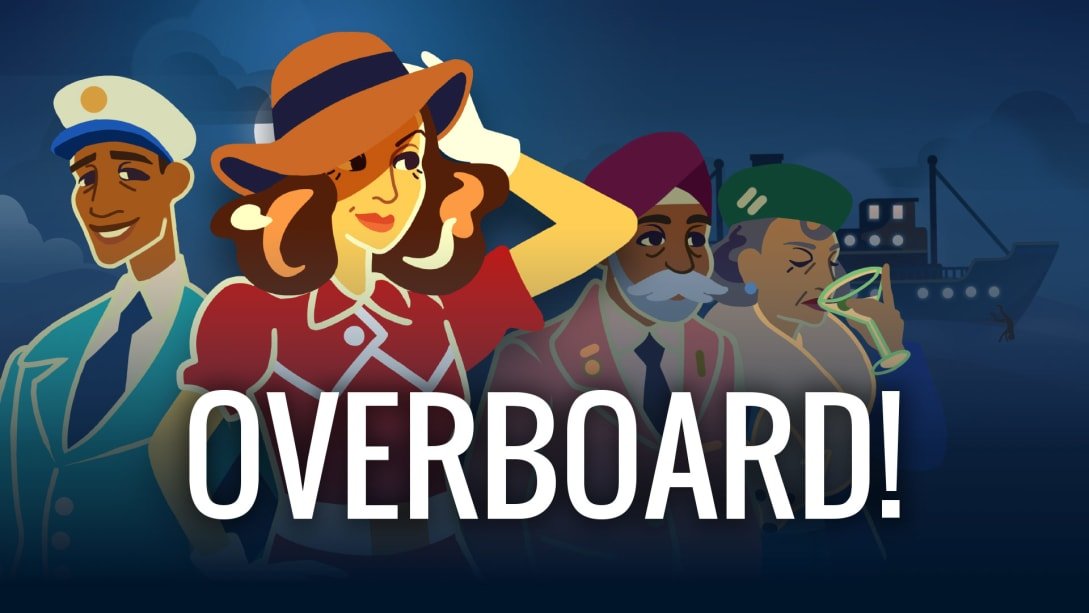