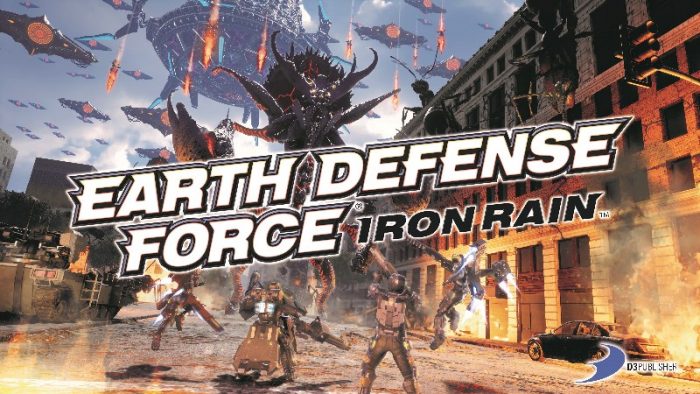 Are you a fan of Starship Troopers? I absolutely loved the first movie, and the second one wasn’t as bad as some people might lead you to believe. Well, the Earth Defense Force series is kind of like a video game homage to Starship Troopers and B movies of ages past, with hordes of gigantic insects to fight off. As you begin the game, you are dropped right into the middle of an invasion, and you are thrown into the deep end right from the beginning. Some players might like that, but some may prefer something less hectic to be able to learn the basics. 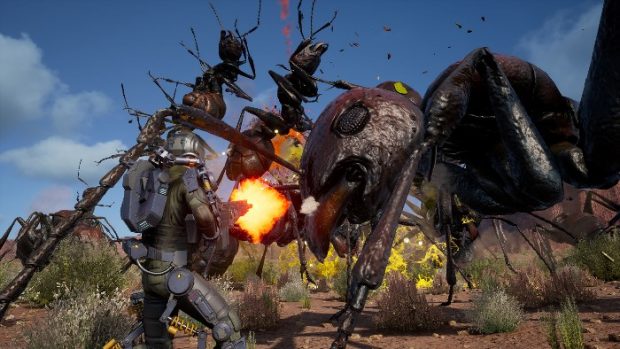 Earth has been invaded by a huge spacecraft that is bigger than anything I have ever seen before in a video game. This massive spacecraft drops a ton of giant insects, beings that look and feel similar to what I’ve seen in the Starship Troopers series. The giant bugs are not here on a vacation trip, so they start wreaking havoc right from the start. Since the alien bugs have invaded everywhere, a special defense unit is required to try and eradicate them before it is too late. Enter the Earth Defense Force â€“ EDF. The EDF is very much THE unit you want to have on your side to protect the planet from any type of invasion, giant alien bugs included. 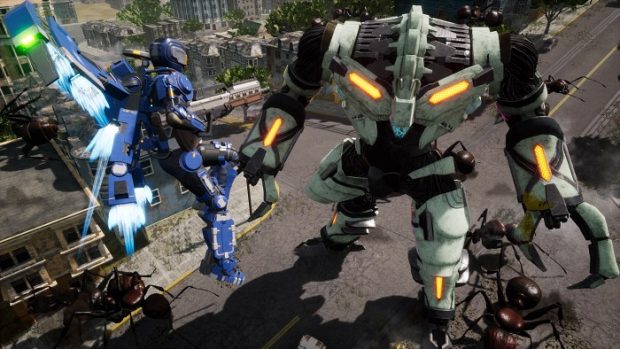 Unlike previous entries in the series, this one is certainly more challenging even when playing in the standard difficulty setting, and there are way more enemies to deal with than in other games in this long-running franchise. The campaign mode is really extensive with dozens of missions to complete. The first mission you need to complete will set the tone for what to expect in the rest of the campaign. Once you complete it, you will get to customize your character, selecting its genre, look, equipment loadout, etc. 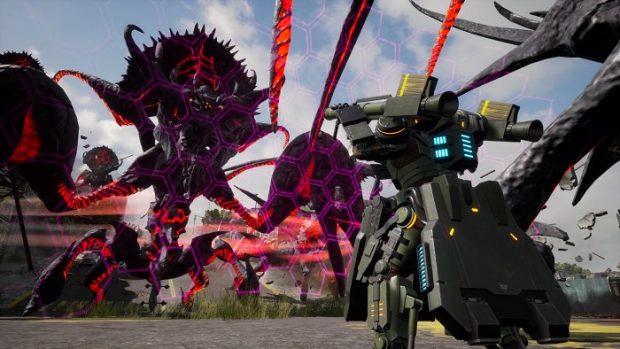 This time around there is no class-specific equipment, which is a nice change of pace. You can still select your favorite class, but the PA gear system is based on augmentation so you can augment your gear around your favorite classes as needed. If you want to be a tank class, then you can set up your character with those elements and the elements of another class, or if you prefer a straight up tank class, then you can go right ahead and plant things accordingly. Customization for this game is deeper than what we have experienced in previous entries, which is something I liked. There is a class in particular that I loved since it allows you to mount a giant bug, which looks as crazy as it sounds! 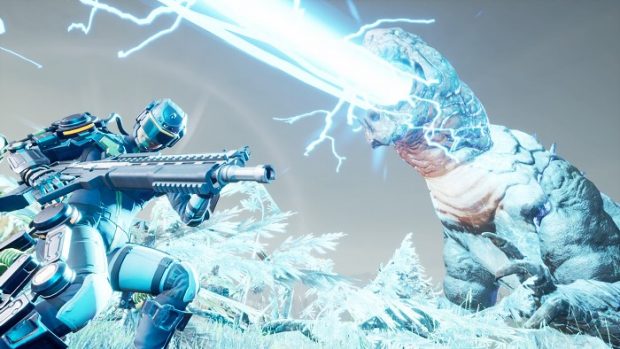 The year is 2033, and you have obviously been invaded by hordes of giant bugs known as the Aggressors. The huge vessel up in the atmosphere is constantly dropping more and more bugs on the planet, unleashing chaos and destruction on a catastrophic scale. Being a highly skilled EDF member means you have what it takes to destroy the nasty bugs, but your efforts have ended up leaving you in a coma. The game picks up a few years after you entered into said coma, and you now are once again needed to defend the planet. 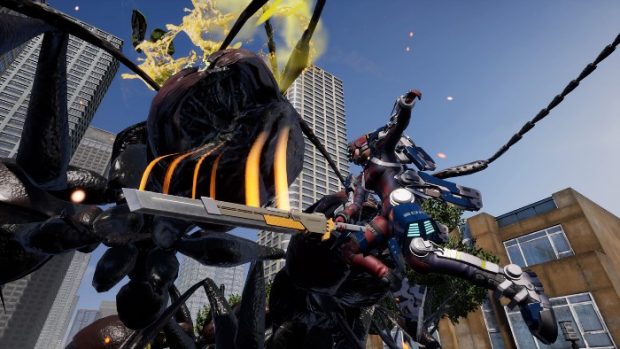 Along with the “kill anything that moves” objective you will always work on as you play each of the game’s missions, you will also take on specific mission types, such as escort missions or defense missions where you need to make sure the giant alien bugs don’t end up destroying the objective. The giant alien bugs include things that resemble ants, spiders, or massive scorpions that feel like a never-ending onslaught has been unleashed on Earth. Regular-sized bugs are usually bad news for most people so you can imagine what facing giant alien bugs would feel like! 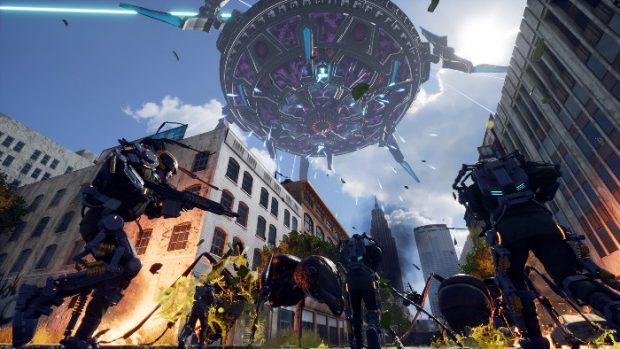 Earth Defense Force: Iron Rain is a fun action-packed game on PlayStation 4 that does some interesting things that set it apart from other entries in the series. It’s the most chaotic and entertaining game in the long-running franchise, and an easy one to recommend on PlayStation 4.

Disclaimer
This Earth Defense Force: Iron Rain review is based on a Nintendo Switch copy provided by D3 Publisher.

Fun and action-packed entry in the long-running series