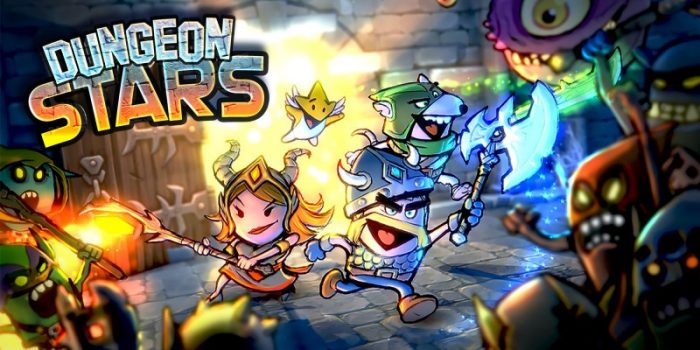 In Dungeon Stars you will take control of a pair of heroes who are sent on a quest to recover the stars that have fled, to save the land from the monsters that are ready to overtake it. Hordes of goblins are ready to loot the land, and it is up to the heroes to stop the evil that is burrowing up from deep inside the ground before its vicious wormling forces spread the chaos past the darkness. The conqueror worm wonâ€™t stop until it has destroyed all hope, so you better be ready to take on the challenging quest ahead of you! 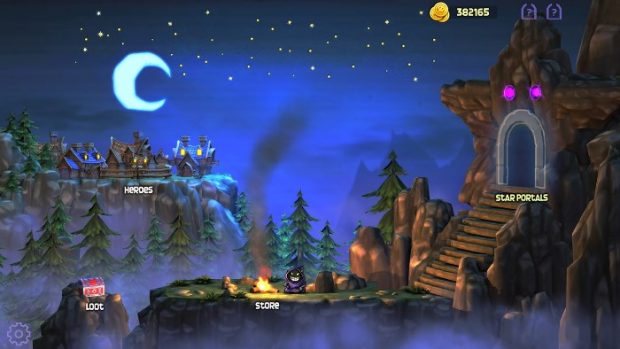 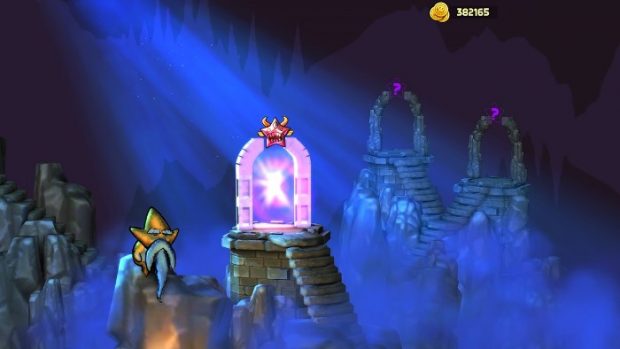 Heroes can be swapped with the L and R buttons for hero one, and with the ZL and ZR buttons for hero two â€“ be sure to pay attention to their portraits, so you know which one you can switch to in battle. Each hero has two abilities that can be activated by pressing left and down on the D-Pad, with a third ability available if you have a pet, which can attack by pressing right. Your regular attacks are set to the B button, and you can block attacks with the Y button to lower the damage you take. You can also use a slam attack with the A button to help you break through an enemyâ€™s armored coverage so that you can deal full damage with each subsequent hit. 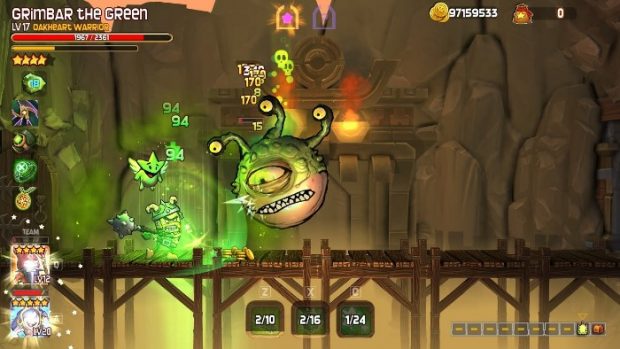 At first you will be able to select your heroes from the three available started characters: Cora Coldheart, the ice sorceress who can launch icy projectiles to freeze her foes so that she can deal considerable damage to them while theyâ€™re stuck in place, a hero that can also create shields to protect herself as needed; Radulf the Red, a fireheart warrior that packs quite the punch to knock enemies back with its boosted attack power; and Zander Zimm, the venomblade assassin who can poison its enemies to slowly but surely bring them closer to their death. Each has one main color (blue, red, and green, in that order for each of the heroes Iâ€™ve described), so pick the one you like the most so that you can start on your new adventure! 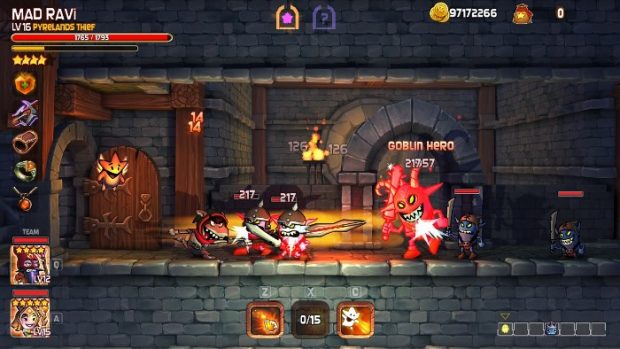 Once you enter the portal, you will be thrown into a short set of tutorial stages that will teach you the basics so that you can stay alive. You will learn how to attack, block and smash, how color advantage is of the utmost importance, why a pet is most definitely going to be your best friend, that rescuing as many heroes as you can will help to increase your odds of survival since youâ€™re going to need extra heroes for you to be able to pair them up as a small group that can destroy even the deadliest of enemies.

As you clear each floor in a dungeon, you will gain gold coins, as well as some bonus loot. At first you might only get something like a healing potion for your trouble â€“ not a bad item to have in hand since healing your wounds is something youâ€™ll be doing more than once in this game -, but the deeper you go into a dungeon, and the more floors you clear, the better the reward you will get. You will notice that some of the floors show a shiny treasure chest at the end of the road, and this signals that a better piece of loot is up for grabs. Donâ€™t forget to equip your heroes with the stuff you find, or else it wonâ€™t be of any use! 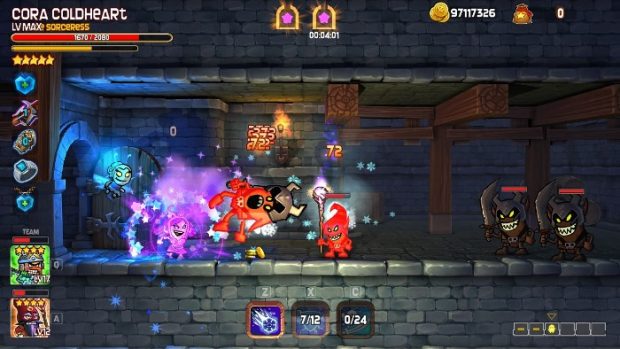 With the gold coins you collect on your quest, youâ€™ll be able to visit the merchant to purchase some of the items and equipment it has to offer. You could, for example, purchase a very handy revive potion to bring one hero back to life, or perhaps you would like to get an interruptor ring which adds a chance to stun an enemy when you land a critical hit. The items in stock at the store are limited to a handful at all times, and if you want to reroll what is on offer, you will need to pay a special fee in gold coins. 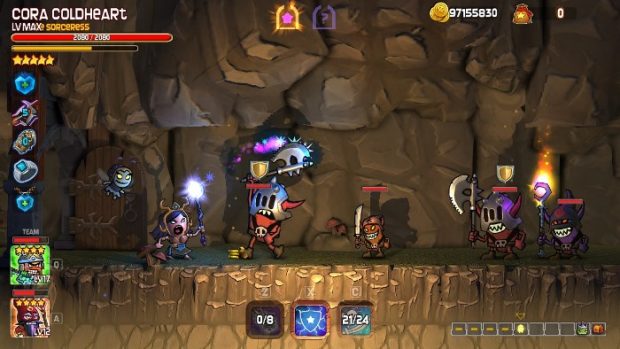 Dungeon Stars is a fun arcade-style dungeon crawler that has been streamlined to offer a minimalist experience that anyone can get into. The difficulty does ramp up once youâ€™re out of the first set of stages, forcing you to replay some of the previous levels to collect extra gold coins and boost the experience of your heroes so that you can take on stronger enemies that pack a punch. Itâ€™s an easy one to dive into, play for 15-20 minutes, and come back to it later.

Disclaimer
This Dungeon Stars review is based on a Nintendo Switch copy by Ripstone Games.