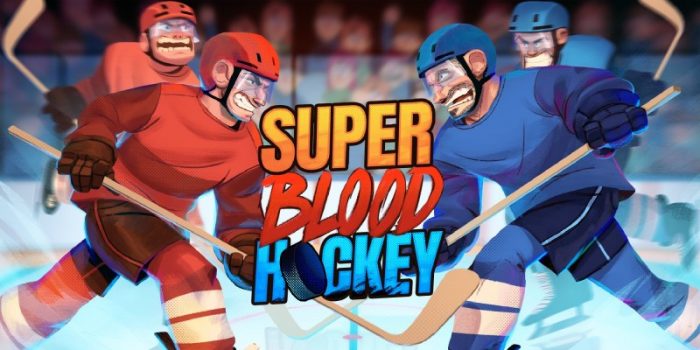 As you can see from the trailer above, Super Blood Hockey does its name justice, presenting us an arcade-style take on the sport of hockey, with a lot of violence and red thrown into the mix. This one pays homage to the old-school 8-bit and 16-bit games of ages past. You can take on this one either on your own or in 4-player local multiplayer matches, and can even dive into a Franchise Mode. 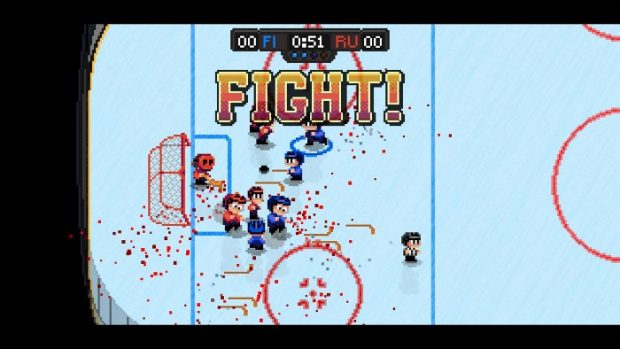 Youâ€™ll be fighting all over the place as you try to bring the puck to your opponentâ€™s goal, all as the bodies hit the floor, one after the other. Youâ€™ll use the left analog stick to have your character move around the ice rink, and said analog stick will also help you aim pass or your shot as needed. You can change between your players by pressing the R button or the X button. On top of this, you can pass with the B button, and shoot with the Y button. The final action you can perform is checking your opponents with the A button.

Players have different stats to consider. Skating is for how fast a payer can accelerate and change direction; Accuracy is for how closely a shot or pass matches the intended line over which it would travel; Power is for how quickly a pass or shot will travel; Brawling is how well you do in fights; Robustness is for how good a player is at resisting injuries, knockdowns or KOs; Weight, which affects how fast or slow a player is when skating; Brain Damage, which will tell you how much of a risk that player is of suffering a serious injury or dying; and Experience, which boosts a classes main attribute (Accuracy for Snipers, Power for Playmakers, and Brawling for Enforcers). 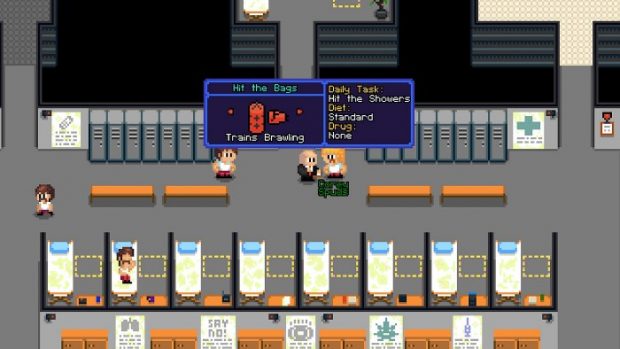 The local multiplayer matches are easy to understand, since theyâ€™re just regular matches in which you can take on other players on the same Nintendo Switch console. The Franchise mode is interesting in that it allows you to create a team, recruit players and manage them as needed, helping them train to take on the bloody sport that is all the rage in this red-soaked form of entertainment for the masses. Once youâ€™ve selected the coachâ€™s name, youâ€™ll select the nation youâ€™ll represent and the name of your team.

Unfortunately, registering your team into the tournament and gaining access to a proper training facility is going to cost you a kidneyâ€¦ literally. Once your original, non-lab grown kidney is harvested, youâ€™ll be given a chance to take a tour of your teamâ€™s new installation. Youâ€™ll have a sick bay where injured players will get some medical treatment, an office from which to coordinate things, barracks where your players (who are inmates) will get some sleep, a kitchen from which to adjust playerâ€™s diets so that they can gain or lose weight, and a gym where the inmates can train to boost their attributes. Oh, and you also have a storage room where, if youâ€™re good enough, a trophy or two might find their way there.

But before you dive into all of this, I suggest that you give the tutorial go so that you can learn more about the basics. For example, which you can easily get how passing and shooting works, if you donâ€™t go into the tutorial, you might not find out that you can press and hold the pass or shoot buttons to charge up that ability so that you can have a better shot at winning matches. Or you wonâ€™t get to experience how hitting the same opponent over and over again will make it so that a fight breaks out, which will allow you to use the A button to punch everyone who is foolish enough to get in your way.

Super Blood Hockey is a fun arcade-style experience on Nintendo Switch in which things can get a bit violent and hectic, and all the red stuff that drops from players might keep some of you from giving it a chance. But between the options for exhibition matches, tournaments, and the Franchise Mode, this one has more than enough to offer for its $14.99 asking price. And when you add the Challenge Mode on top of this, in which you have to complete five specific objectives, and youâ€™ll have more than enough to do with your gaming time.

Disclaimer
This Super Blood Hockey review is based on a Nintendo Switch copy provided by Digerati.