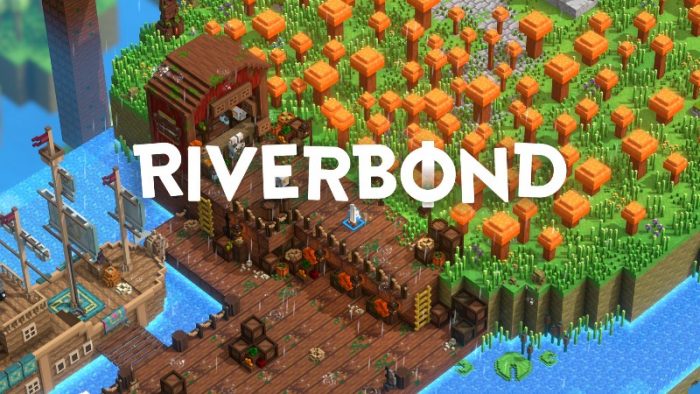 Riverbond is one I had been looking forward to playing for a while now, and Iâ€™m happy to report that itâ€™s a fun game you should check out on PS4. Find out why in our Riverbond review!

Riverbond from Cococucumber (who previously released the entertaining Planet of the Eyes), is a voxel-based dungeon crawler in which you can wreak some havoc of your own by destroying the things around you as you fight and defeat the small, medium, and large enemies you run into while trying to vanquish the bosses of each area you visit to free the land of evil. You can take on this adventure on your own or enjoy the drop-in/drop-out couch multiplayer it offers â€“ the more, the merrier!

If you want to get the hang of things, you should get started with the tutorial where you will get to talk to Tutorial Bunny. It is here that you will learn the basics, such as moving around with the left analog stick, jumping with the X button, and rolling with the Circle button to quickly get out of the way. Attacks are mapped to the Square button, and you can hold it down to charge up your attack and let go when fully charged to unleash a more powerful hit. To use a gun, you can aim with the right analog stick and shoot with the R2 button. If you need to swap between weapons, you can do so by pressing left and right on the D-Pad. The R1 button is reserved for your special attack, which can do considerable damage within an area around you. 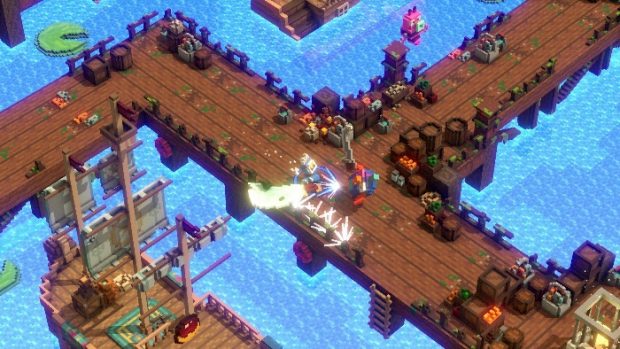 While you run, jump, and defend yourself against the many enemies you will run into, you should keep your eyes open for the rally checkpoints that you can activate with the Triangle button. Doing so will allow you to re-spawn at that checkpoint if youâ€™re defeated. You should also check the many treasure chests you will find in your quest since they contain weapons of different types that will aid you on your adventure. There are swords, spear-like weapons, guns, clubs, dual-hand types, represented with everything from lollipops and gloves to laser guns and ice cream pops. 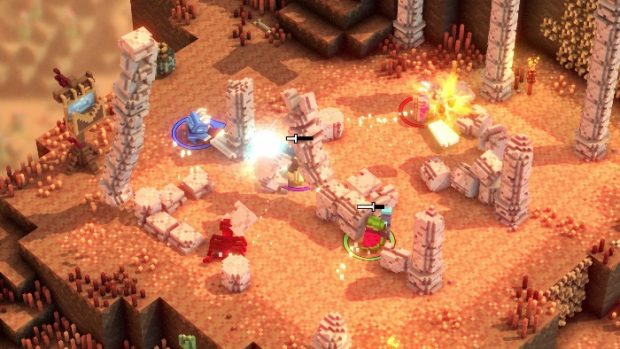 As you explore each area, you might end up collecting a new skin, which will change the way your character looks. On top of the regular skins, which include things such as a donut or a piece of nigiri, you can also find skins for characters from other games on PlayStation or on their way to the console. Youâ€™ll get to unlock Robot 05 from Planet of the Eyes (another game from Cococucumber), Demelza from Knights and Bikes, Lover Mu from Lovers in a Dangerous Spacetime, Juan Aguacate from Guacamelee!, The Kid from Bastion, Raz Aquato from Psychonauts, Shovel Knight from, well, Shovel Knight, and Bullet Kin from Enter the Gungeon. 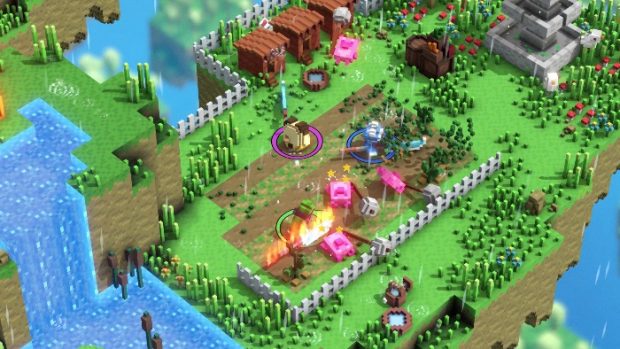 Levels present you with small diorama-style areas to explore, so youâ€™ll never feel like youâ€™re lost or that you donâ€™t know where you need to go. Each area will present to you (and your group) an objective to complete. Could be something like defeating all enemies in the area, collecting X number of eggs, destroying the enemy fortifications, relinking the water fountains, freeing up those that have been imprisoned, or destroying the lairs of the crabs that have infested the beach, to name a few examples. 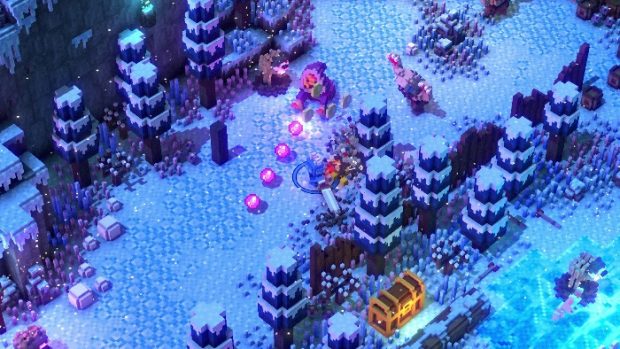 Trophy-wise, Riverbond has a full list with a Platinum trophy at the end. The good news is that none of them are missable, so as long as you take care of the ones for finding the three hidden areas in the game, youâ€™ll be on your way to adding a new Platinum to your collection. Youâ€™ll need to collect as many star coins as possible, collect a large number of additional skins, speak with every character in each area, so you donâ€™t miss the ones that give you trophies for your efforts, and defeat 20 enemies with each type of weapon in the game. Riverbond is a fun and relaxing dungeon crawler you can enjoy on your own or with friends thanks to its couch co-op option. Itâ€™s not a challenging experience that will take you around 5-6 hours to complete, giving you a short adventure that does not overstay its welcome. 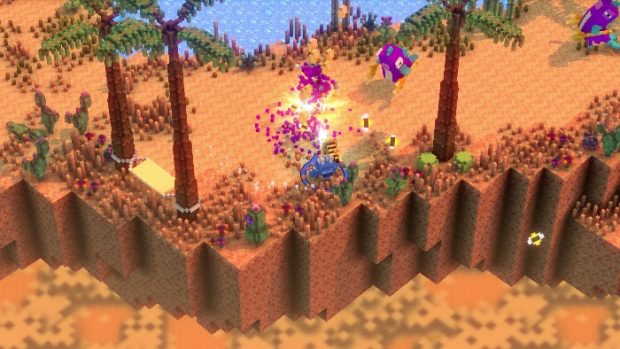 Disclaimer
This Riverbond review is based on a PlayStation 4 copy provided by Cococucumber. 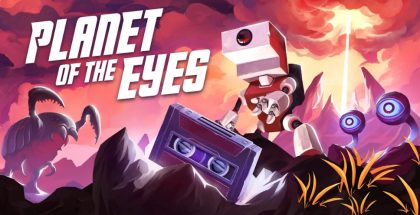