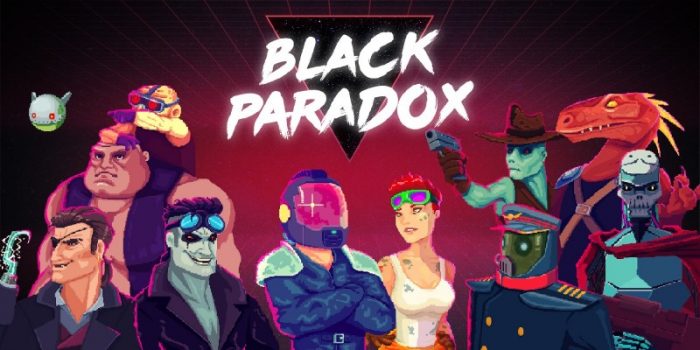 Black Paradox is a roguelite 2D shoot â€˜em up now out on PS4. Does it have what it takes to grab your attention? Find out in our Black Paradox review!

Right from the start, youâ€™ll understand that Black Paradox is a challenging 2D shoot â€˜em up with a great retro-infused art style, featuring a 16-bit feel with deep colors that are easy on the eyes. It’s very pretty to look at, with a very challenging and fast-paced experience. There are no difficulty settings, so youâ€™ll need to get good right from the start as you play the game over and over again, learning from your mistakes, understanding how enemies behave once they enter the screen, so that you can use that in your next run. 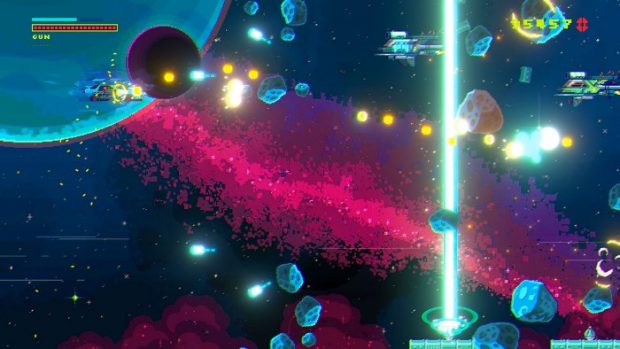 Because of this, your first runs are going to end up being only a few minutes long. Enemies come at you in large numbers with guns blazing, which might feel a bit overwhelming at first. Dodging is really important here, as is having a fast trigger finger. There are seven procedurally generated levels to complete, and youâ€™ll need to make the most of your time with the game so that you can upgrade your Back to The Future lookalike DeLorean spaceship, so youâ€™ll at least be making some progress as you tune up and improve your ride. 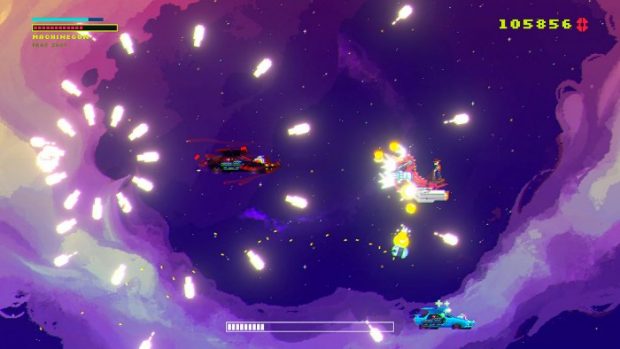 Procedural randomization is present, so while youâ€™ll be playing the same overall themes through each of the gameâ€™s levels, and get the same enemy types, the patterns for entering the screen, the number in each group, and so on, that will be randomized. This means that, unlike old-school shoot â€˜em up games, you canâ€™t just go back to the first stage after you die at the end and go â€œOK, Iâ€™ll just need to move up before the wave of enemies enters so that I can destroy them, grab the power-up, and move out of the back of the screen, 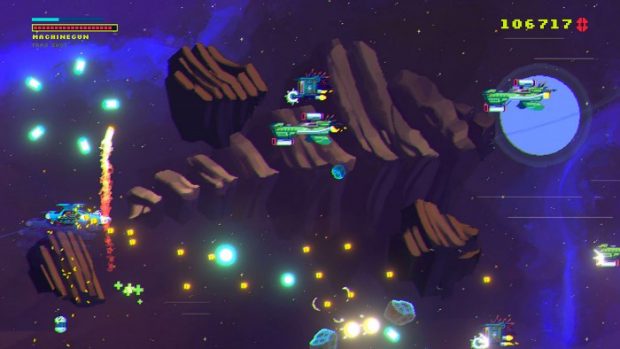 You start with a basic weapon, and holding down the X button will allow you to fire rapidly without any cooldowns. Any extra weapons dropped by enemies are randomized and will change with each playthrough that you do, so you never know what youâ€™re going to end up with. The firepower for each weapon can vary, with some launching rockets, others that offer a triple fire option, and more. You will also get access to a superweapon known as the Black Paradox. This special ability will bring to life an AI decoy vehicle of sorts equipped with random weapons, doubling your firepower for a short period of time. The good news is that this setup keeps things varied. The bad news is that you could have a run in which you get weapons that are not as useful, and this will lower your odds of reaching the final stage. 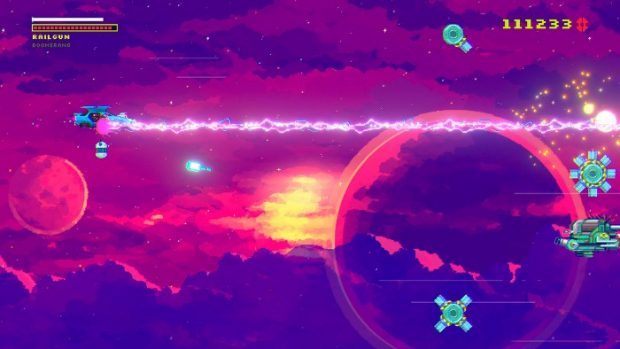 At the end of a stage, you will find a boss to battle. The fights are very challenging, and youâ€™ll need to pay attention to what is going on for a bossâ€™ movement and attack patterns so that you can find the right way to counterattack. Bosses in Black Paradox are all about you finding the right time to attack and slowly but surely chip away at their health. The good news is that once you manage to beat a boss, you will get a choice of two new upgrades for your vehicle â€“ things such as, for example, a speed boost or some extra firepower. 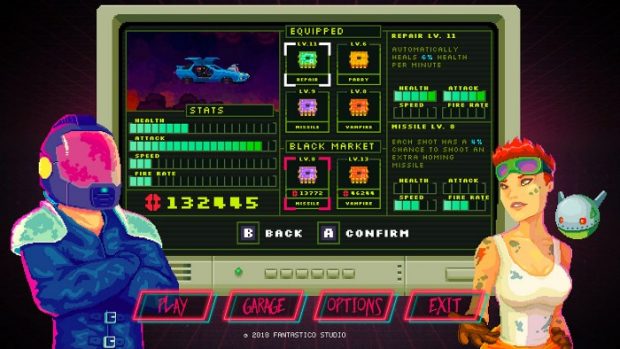 Since Black Paradox is a roguelite shoot â€˜em up, when you die â€“ not if, but when -, youâ€™ll end up being sent back to the first stage, losing everything you had on you, except for your money. The money you do get to earn can be used to purchase permanent upgrades, chips, and more. The costs of stuff to buy is considerably high, so youâ€™ll need to do solid runs to be able to grab enough money before you explode so that you can purchase the good stuff that will boost your vehicle so that you can dive back in and have a better shot at success. 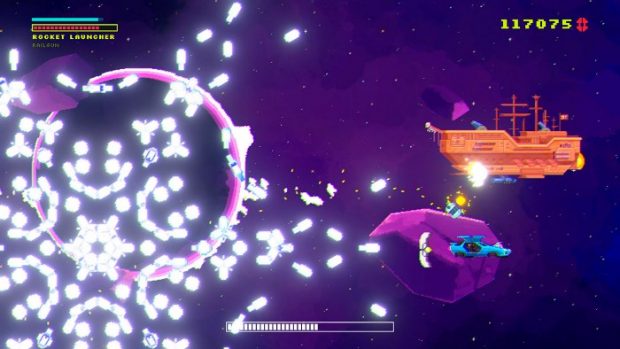 Black Paradox is a fun but challenging roguelite shoot â€˜em up, which means that not everyone is going to like what it has to offer. The way the upgrade system is set up means, youâ€™ll have to grind for a while to get better and better chips for your ship to be able to overcome the challenges up ahead, which is not going to be everyoneâ€™s cup of tea. But if youâ€™re looking for a challenging shoot â€˜em up with colorful neon-style pixel graphics and a 1980s radtastic synthwave soundtrack, then Black Paradox is exactly what you need.

Disclaimer
This Black Paradox review is based on a PlayStation 4 copy provided by Digerati.