Game ReviewsThe Church in the Darkness
No Comments

[PS4] The Church in the Darkness Review 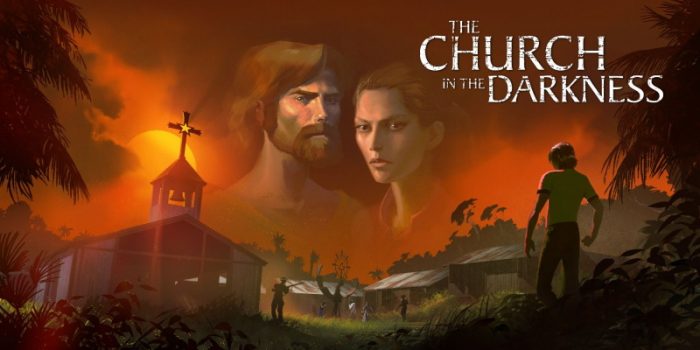 ‘It’s 1977, and your nephew has decided to do something very dumb: join a religious cult. He moved with the cult to a jungle in South America to fund what they want to call Freedom Town, which sounds very suspicious. Your job is to infiltrate the community and see what is really going on so that you can decide if your nephew needs to be taken out of there and back to the United States. ‘You’ll take control of Vic, a former law enforcement officer, as he tries to find his nephew Alex while trying to stay alive. What are cult leaders and preachers Rebecca and Isaac Walker up to? Once ‘you’ve selected between a female or a male avatar, as well as the color of his/her skin, ‘you’ll be ready to find out. 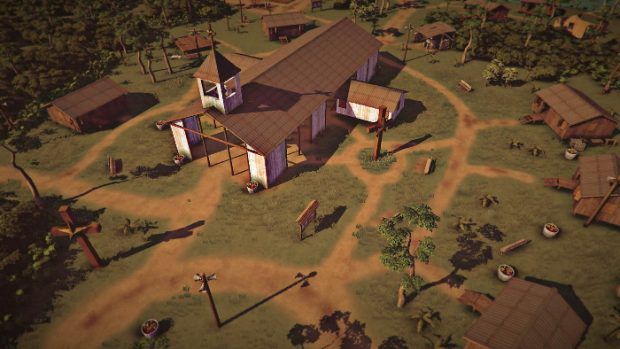 ‘You’ll get to choose between four difficulty settings based on the experience you want to have. ‘There’s Interloper which is the easiest of the bunch since ‘you’ll have longer visual cues showing where the guards and the townspeople are looking at, will be less susceptible to gunfire, and the town is less armed. Infiltrator is the regular experience, just like the devs intended you to play the game. Spy is a harder experience since you ‘can’t see where guards are looking, and there are plenty more guards as well. The last one is Mole, and for this one, you will get no visual help to where hostiles are looking at or if ‘they’ve been alerted to your presence. Oh, and the town is armed to the teeth, and a single shot will kill you. Good luck with that one!

Your character will move with the left analog stick and can swing the camera around with the right one. If needed, you can sprint by pressing and holding down the X button. Actions are allocated to the Square button, which you can use to open, search, or use things, and ‘there’s a map you can review by pressing the touchpad on the DualShock 4. You can perform a non-lethal action, such as non-lethal takedown or carrying a body, by pressing the Triangle button. Your gear is set to the R1 button, and you can do a lethal takedown with the R2 button, or aim a gun with the L2 button and fire with the R2 button. As you move, be sure to press and hold the Circle button, so that you can learn where characters are looking, so that you can avoid getting the attention of guards. 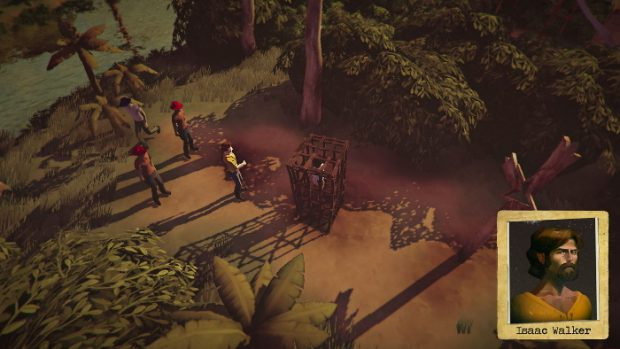 Before each run, you will get to select the equipment you want to take with you into Freedom Town. At first, you will only be able to select between taking a pistol with a fast fire rate at a lower damage rate and range, or a set of two med kits to recover your health with. As you play the game, you will get to unlock eight other items that you can then take with you in subsequent runs to change how you approach things. When you arrive during your first run, ‘you’re pretty much exposed, and if anyone sees you, the alarms will ring, or someone is certainly going to shoot at you.

As you explore Freedom Town, you will run into guards, which are to be avoided, as well as with some people that have a green circle around them. These are the ones you can talk to in order to learn more information about the community and what is really going on. ‘You’ll also be collecting pamphlets, pins, newspaper clippings, photographs and more, which will be added to all of the documentation you collect. These will come in handy for showing some of the people that live in the community that they certainly should not be in there. 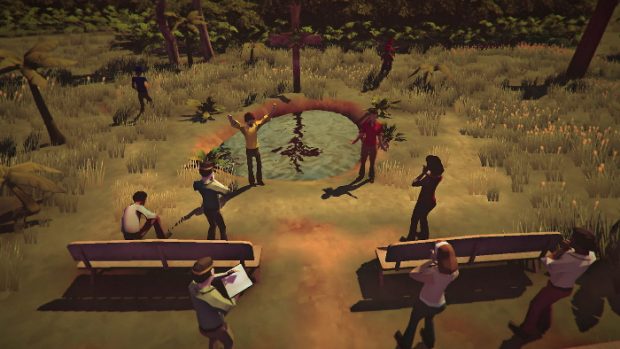 While the general area in which Freedom Town is located will remain the same during each of the runs you do, the location of the guards, the townspeople, the cult leaders, and of your nephew Alex will be different during each run. The items you will find and where you will find them will also be randomized, so you will never know what you will find inside of a chest, or if a desk drawer in one spot is going to hold the documents, you need to convince one of the town’s inhabitants to help you find Alex.

The interesting thing is that the game has many different endings – 19 in total – that you can unlock depending on your actions. The personalities of the preachers will change every time you play and depending on how you play and the choices you make, you will be able to unlock one of the available endings. The story and set up for The Church in the Darkness is a harsh one, and you can expect some of the endings to go into a very dark territory depending on what decisions you make along the way. 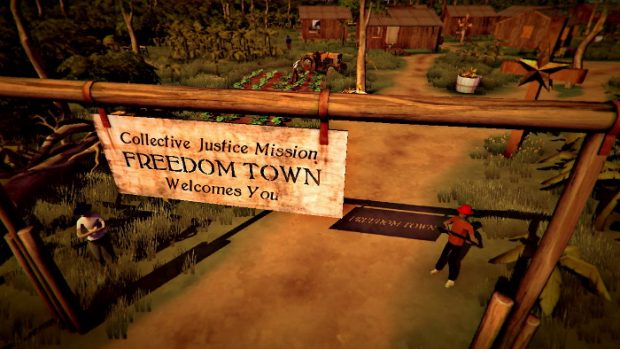 The game has a full trophy list with a Platinum trophy. Several trophies are tied to finishing the game multiple times, others that will change how you have to handle a run, and a couple are a considerable challenge. Two trophies ask that you finish the game in the Spy and Mole difficulties, respectively, which I suggest you take on after ‘you’ve at least finished the game a handful of times so that you can know what ‘you’re going up against. The hardest trophy is going to be completing the game without being spotted at all, and for that one you should wait until ‘you’ve unlocked all of the extra items from which you can select for starting your run so that you can play in the lowest difficulty setting and wear a disguise that can help you find Alex before anyone realizes ‘you’re not supposed to be there. 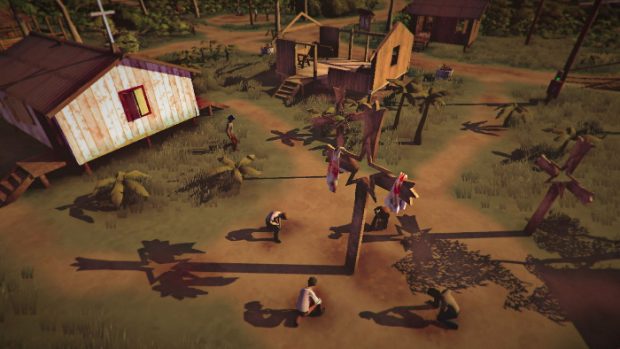 The Church in the Darkness is a game with a lot of replay value thanks to its 19 endings which are impacted by your decisions and actions during each of your runs. You can probably finish your first run in an hour or so, but this ‘won’t show you everything the game has to offer, nor all of the consequences for your actions and how they end up changing how the civilians and the cult leaders react to what ‘you’re trying to do. Will Alex want to leave with you? Will you need to drag him out of the community? Will you need to do something more drastic to save Alex from what the future might hold?

Disclaimer
This The Church in the Darkness review is based on a PlayStation 4 copy provided by Fellow Traveller. 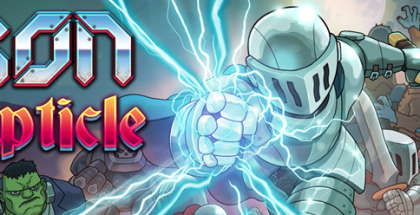 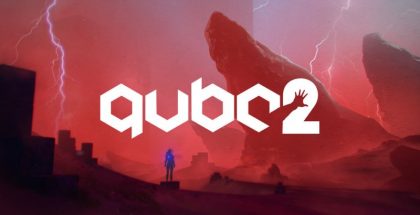 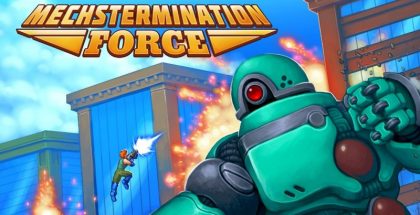