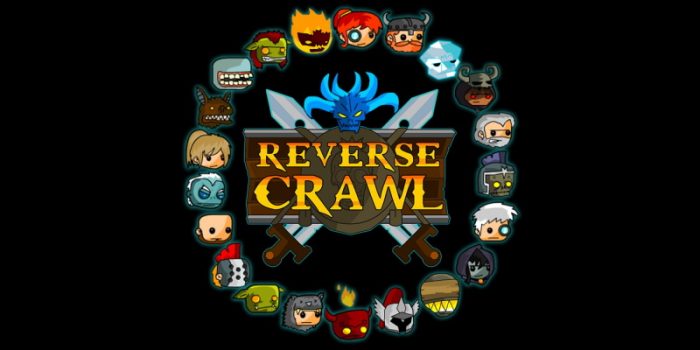 Reverse Crawl from Digerati and Nerdook is a very addictive strategy RPG with a bit of necromancy. Learn more in our Reverse Crawl review!

In Reverse Crawl, you’ll learn of the story of a King who had a daughter with a very peculiar hobby: necromancy. This is something that the King did not approve of, but which would come in handy after the Red Queen and her army marched into the capital, defeating every soldier in their path and eventually killing the King inside of his castle. The Princess managed to retrieve the King’s soul, resurrecting him as the Revenant King, ready to seek revenge upon the Red Queen and its evil forces. 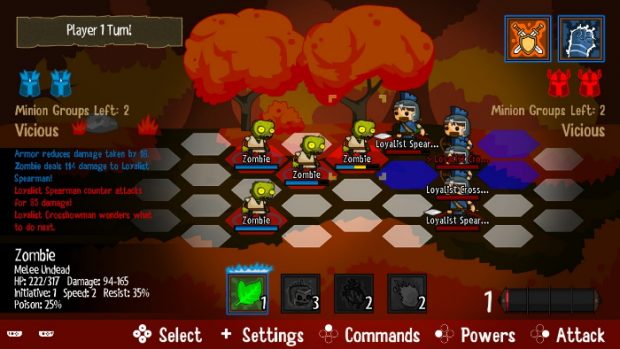 Your adventure will require that you make good use of the Princess’ powers, so that the Revenant King, who starts out rather weak, can use the power of the skeletons, wraiths, zombies, and more to defeat the opposing forces. You’ll move your forces to the blue hexes on the battlefield, attacking with your melee units from the hexes adjacent to enemies. Some of the units are ranged units, and while the advantage they have is they can attack from a safe distance, you also need to keep in mind they’re weak against melee units. 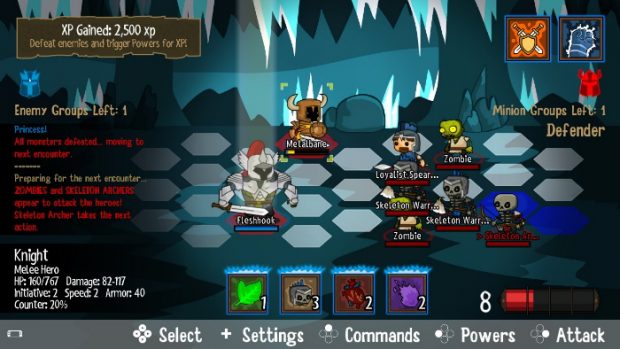 Melee attacks from your units and from enemy units will gain a boost of 10% extra damage for each allied unit that is flanking the target, so be careful when attacking enemies and defending your troops. During some turns, you might want to guard to lower the damage a unit will receive, but other times you will want to use your minions’ powerstrike command to unleash a more powerful but riskier attack that might miss. Worry not if your units are destroyed, as you can always summon another group of minions to join the fight. This does not mean you can be careless and jump into battle unprepared or without a proper strategy, since you’ll be destroyed over and over again until there is no one left. 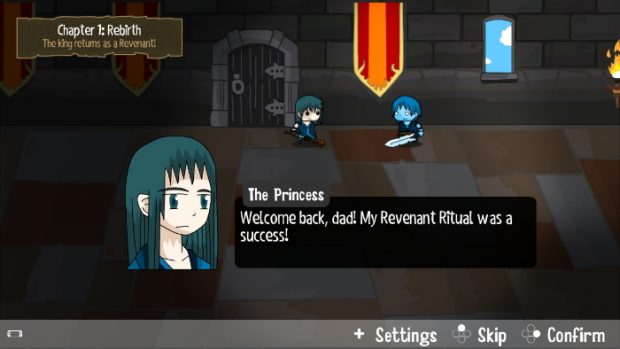 At the start of the battle you can review the groups of minions you will have under your command, and decide if you want to keep them and commence the fight, or if you’d like to reroll the available choices – which you can do up to three times. Rerolling is important because each group of minions will have a quality added to it. For example, you might have a group of evil minions, which makes them gain three additional threat when summoned, which is certainly a good thing. But another group in the bunch might have the slow category, which will make them have a lower initiative and their movement range lowered to 1. 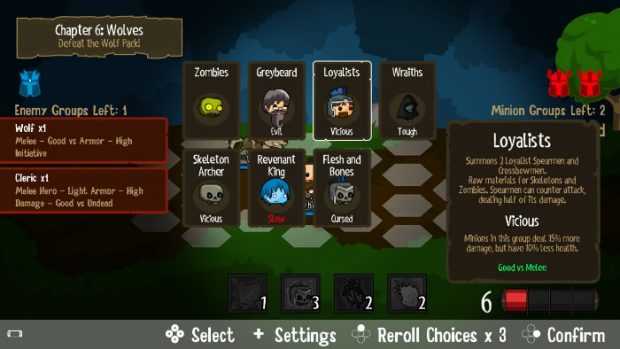 To be able to defeat larger groups of enemies, as well as groups with stronger types of enemies, you will need to make good use of your powers, which include things such as healing your units or launching a magic missile. The powers you can use will go up in cost with every activation so you’ll need to keep an eye on your threat level, represented by the red bar at the bottom right corner of the screen, to make sure that you can use one of your powers when needed. The more enemies and groups of enemies you defeat, the higher your threat level will be, thus allowing you to use your powers more times. 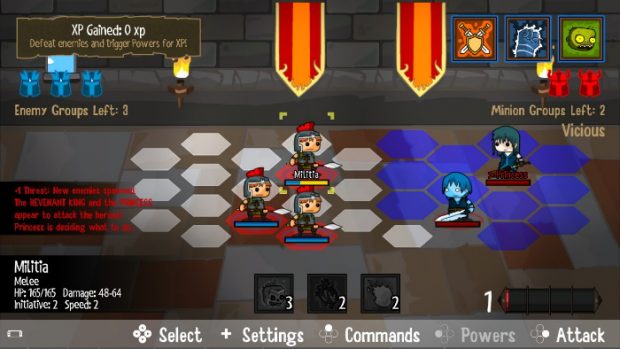 As you defeat enemies and use your powers, you will gain experience points, which will be added to your overall count at the upper right corner of the screen. At the end of the battle, any threat energy you didn’t use and any minion groups that did not enter battle will be converted into bonus experience points. Once the battle is over, the experience points will be added to your experience bar, allowing you to level up the Revenant King. After this, you will get to select a bonus for having completed the chapter, such as boosting the power of your magic missile or perhaps increasing the stats of one of your unit types. 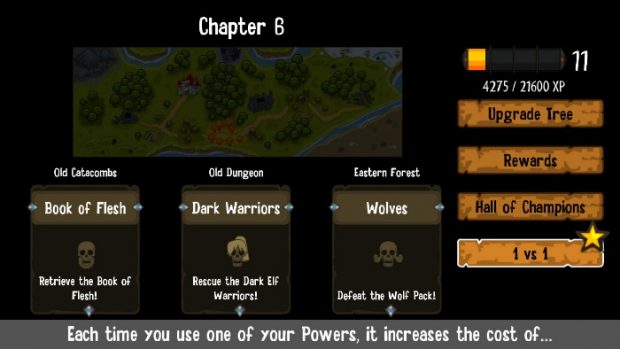 Leveling up will reward you with upgrade points, which you can use in the upgrade tree to unlock new skills and boosts under the Necromancy, Saboteur, Warlord, Marksman, Magus and Beastmaster categories. These include, for example, having all undead minions gain a 3% boost to their damage, reducing the hit points of all heroes by 3%, allowing your ranged minions to attack after moving, giving melee minions a 5% boost to their hit points, or having any animal units deal 33% of their damage as poison, to name a few examples.

Reverse Crawl is a fun strategy RPG with gameplay mechanics are easy to understand for players of all skills levels. The game has a very addictive gameplay loop, as you take on mission after mission for each chapter in the game, deciding if you’ll try to add new allies to your troops, gain new powers, liberate areas to gain additional experience points, and more. Each battle is not that long, and the more minions groups you have under your command, the easier it will be to try and take against the relatively overpowered heroes under the Red Queen’s command.

Disclaimer
This Reverse Crawl review is based on a Nintendo Switch copy provided by Digerati.