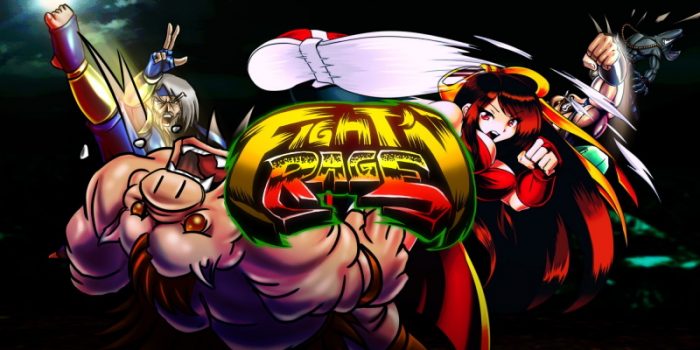 Beat ‘em up Fight ‘N Rage is a new Nintendo Switch game that pays homage to games from the 1990s. Learn more about this great 2D game in our Fight ‘N Rage review!

In 2D beat ‘em up Fight ‘N Rage, you are tasked with controlling a group of rebels who are trying to keep together a world that has slowly been sent into chaos. Earth has been devastated by a catastrophe known as the big pulse, an event that rendered all electronics useless after a giant magnetic pulse swept the planet. Humans have now been turned into the slaves of mutants, and it’s up to a trio of rebels to find a way to stop the madness before humanity’s existence is no more. 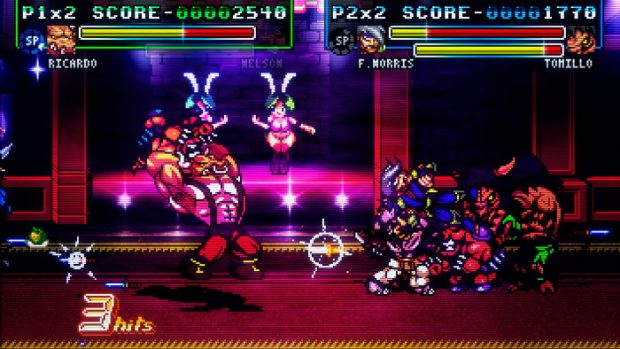 The three characters you can choose from. There’s Gal, a lighting fast girl who can dish out some quick combos that might not pack as big of a punch as the other two characters, but who makes up for it thanks to her great crowd-control special attacks – although she has low hit points. Ricardo is a large Minotaur who is a mighty wrestler who can dish out slow but powerful attacks that can quickly drain up an enemy’s health bar. The third and final main character is F. Norris, the well-rounded and balanced one of the bunch who is a good option for those new to the beat ‘em up genre.

Controls are easy to pick up since you’ll only be working with three buttons. You’ll walk with the left analog stick or the D-Pad, dashing by double pressing left or right in quick succession. Your regular attacks are mapped to the Y button, which you can tap-tap-tap to deal out a combo. While attacking an enemy, you can hold the left analog stick or the D-Pad either up or down, grabbing and throwing an enemy forward or backward, respectively. You can perform an anti-air attack by pressing down and then up along with the Y button, gaining a short invincibility window as well. Speaking of air, you can jump with the B button and perform an air attack with the Y button. 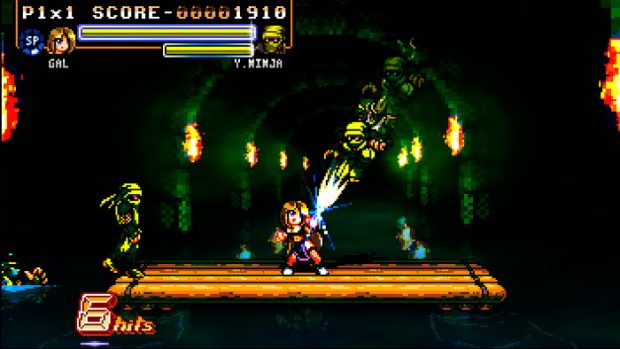 Along with the different regular sections you’d expect to find in a beat ‘em up – walking left to right as you zig and zag to avoid attacks, trying to land a combo that will allow you to clear out a big group of enemies -, you’ll also find different areas that will be an homage to what you might have played back in the day during the big 1990s beat ‘em up explosion. There are nods to Final Fight, Streets of Rage, the Teenage Mutant Ninja Turtles beat ‘em ups, Battletoads, and many more.

You’ll have a stage in which you’ll be riding a surfboard as you try to remain radical while beating up enemies who are also riding surfboards – and who like your characters are great at falling down on top of a surfboard that is being propelled forward at a considerably fast speed. There’s going to be a forest level in which creatures go bump in the night. There’s one level that is too long for its own good, and if you end up losing all of your lives, you’ll have to continue right from the start as there are no section breaks. You’ll even run into an elevator level! 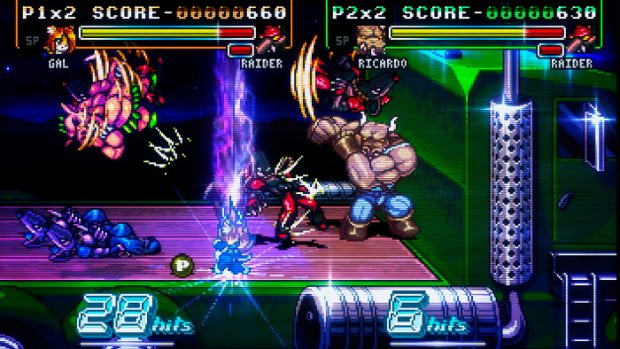 Each of the characters has different outfits for you to check out, most of which will be unlocked after you complete a series of different objectives. Take, for example, the costumes for Gal. You have her regular default original outfit, as well as a second costume that removes the huge hair bow and changes the color palette of her outfit from red to blue. There’s another costume you can purchase for $400 of the game’s money, but on top of this there are 12 additional costumes for you to unlock by completing objectives such as beating the game with Gal on normal or higher difficulty, earning a red belt in training with Gal, setting an S rank record at the Score Attack mode with Gal, and more. There are also extra characters to unlock, which will be added to your options after you defeat X number of the same type of enemy.

Money is obtained when you are defeated and have to use a continue to carry on playing, as well as when you beat the game. Depending on the difficulty setting you play in, you will get a coin for a set amount of points, which is why it’s important that you try to land large combos so that you can boost your score, which is displayed over your character’s health bar. You can also get extra lives at the end of a stage when you get a big boost in bonus points so that you can avoid using a continue for as long as possible. 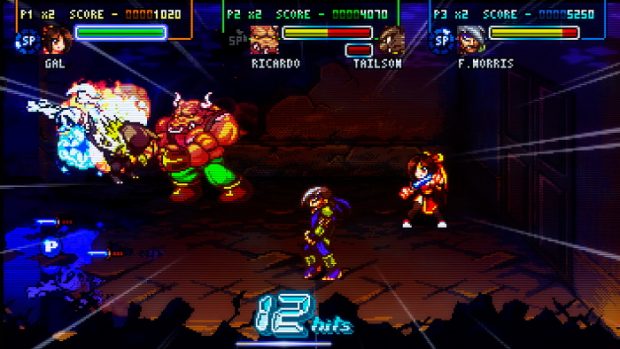 As for your options for configuring the experience, there is the option of removing the CRT-TV look for either a smooth picture or a clean picture or go for a CRT PC monitor. You can also add scanlines to the image, so it fits the aesthetic of modern video games displayed by way of an on or off switch. There’s also a chance to adjust the HRD Level, as well as the overall look of the game, changing from the original colors to a grayscale version, an opaque version, and one with less saturation. 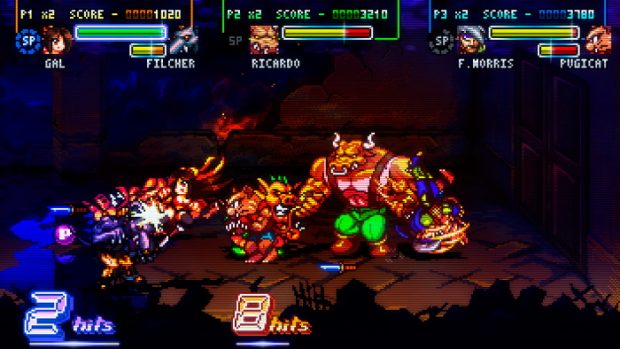 Fight N’ Rage is a fun beat ‘em up on Nintendo Switch that is easy to pick up but hard to master. Depending on your skill level, you can end up completing the whole game in an hour or two, but worry not since this $19.99 release does offer some nice replay value. Each of the three characters offers a very different gameplay experience, so you could easily complete the game three times by playing as each character once and have a good time. You can also dive into this one with up to three players in total taking on the mutants at the same time, which is a different way to experience the game. There are different paths to take and choices to make on some levels, as well as several endings to unlock based on your actions, or extra battle modes to unlock – such as score attack and time attack. 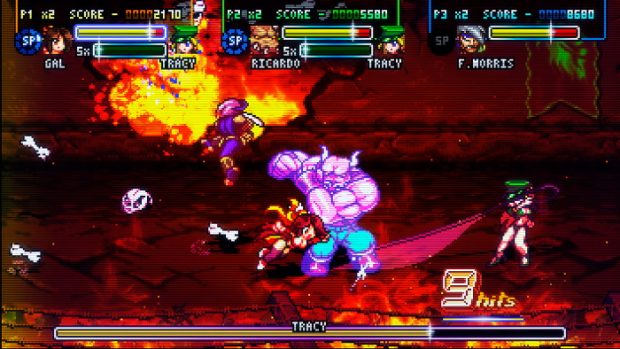 Disclaimer
This Fight ‘N Rage review is based on a Nintendo Switch copy provided by BlitWorks.

An excellent 2D beat 'em up on Nintendo Switch