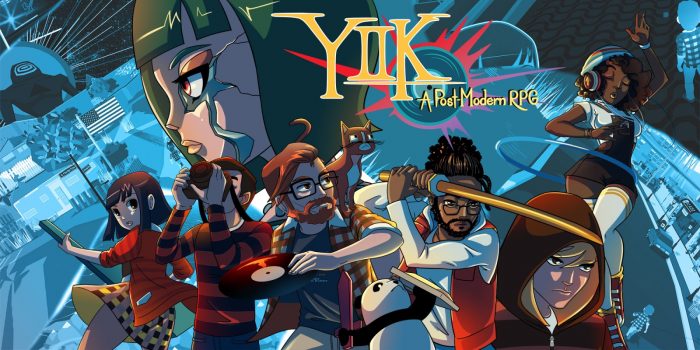 YIIK: A Postmodern RPG from Ackk Studios and Ysbryd Games is set in the late 1990’s. Those of you who grew up during that era will appreciate the game’s interesting art style, as well as all the references to the era â€“ who can forget about things such as 56k modems? No, that’s not a typo. That’s the speed you could get back in the day, and it’s all you could have! It’s amazing how much technology has advanced over the last almost 30 years, right? The phone you’re probably holding in your hands right now is so powerful that no one back then could ever see it coming. 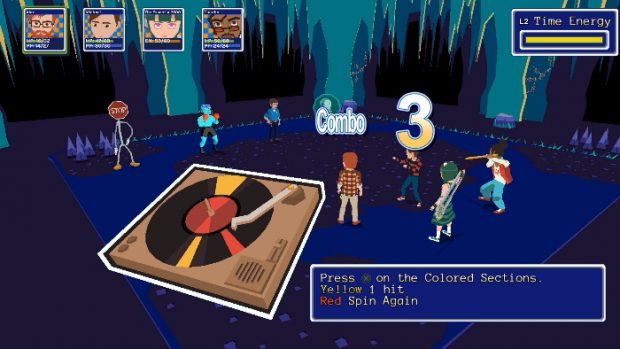 You play as Alex Eggleton, who comes home to find a letter from his mother asking him to buy some stuff for her. On his way to the store, a cat comes along and steals his mother’s shopping list, and he somehow ends up at some hotel. It is here that things start to get a bit weird. As Alex starts to explore the hotel, he discovers ghosts roaming around, as well as some weirdos who are chasing the cat. The deeper Alex goes into the whole hotel thing, the weirder everything is going to get! 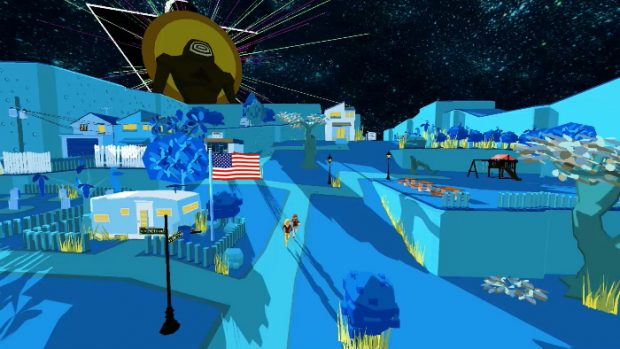 All-seeing eyes start to appear, and strange ancient Egyptian writing pops up as some sort of puzzle. After solving some issues, Alex ends up meeting a girl named Sammy, who seems to reside at the hotel. Oh, and that cat from before? It’s her cat. Fast-forward a bit, and Sammy ends up being kidnapped. Because of this, Alex decides to jump into action to try and save the day by taking a shot at rescuing her. Will you be able to help Alex succeed in saving Sammy and find out what is really going on? 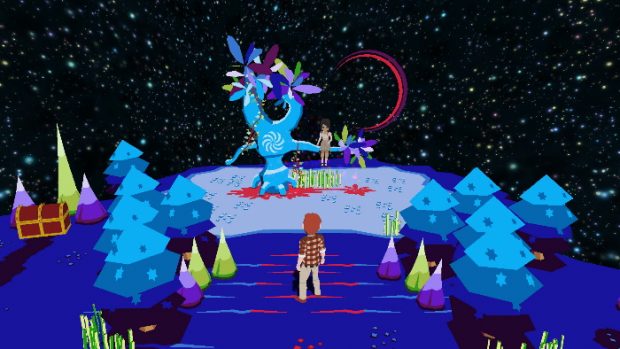 The story is certainly interesting, and it’s weirdness definitely is what kept me interested in continuing to play YIIK: A Postmodern RPG. While the characters were – for the most part – interesting, I didn’t like how Alex was a bit full of himself, as he came off as an unlikeable individual. Sammy is an OK character, but she doesn’t really stand out, so I don’t see her becoming a popular character with gamers. The other characters that will complete this group of misfits will certainly stand out. 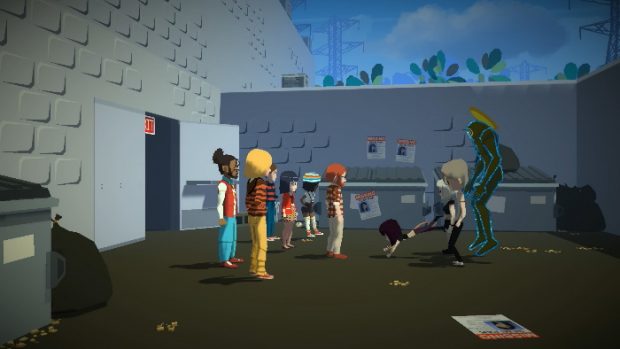 Combat-wise, the good news is that there are zero random encounters for YIIK: A Postmodern RPG. All enemies are visible, so you will have the option of sneaking past them or taking on every fight so that you can grind for some extra levels. In the JRPG classic tradition, battles are turn-based, and each character will have different ways to attack enemies. Let’s talk, for example, about Alex. He will attack by using classic vinyl records â€“ you know, what was used for music way back in the day. To be able to land a solid hit, you’ll need to time things so that you hit on the turntable right in the yellow stripe to deal more damage to enemies. If you land on the red one, you will get to spin again. 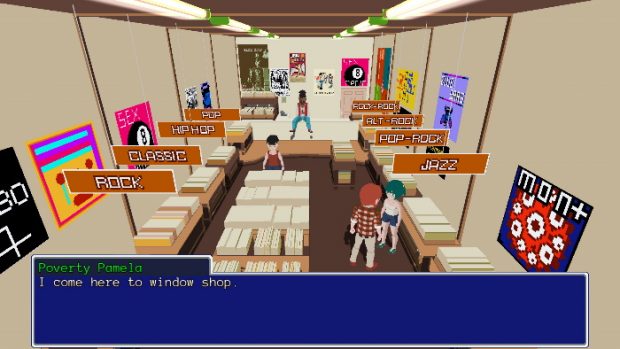 You can, of course, talk to NPCs as you would expect from a typical RPG, but your charts with NPC are going to be a bit more involved than usual. Some of the NPC will give you quests to complete, while others might provide you with tools that can help you solve a puzzle or two. The puzzles are certainly interesting, but not that difficult to solve. The tools you will get are just as weird as the game itself. You might, for instance, have a sentient Panda who can speak, and it can be used as a bridge to close a gap, or perhaps to open a switch, to name some examples. 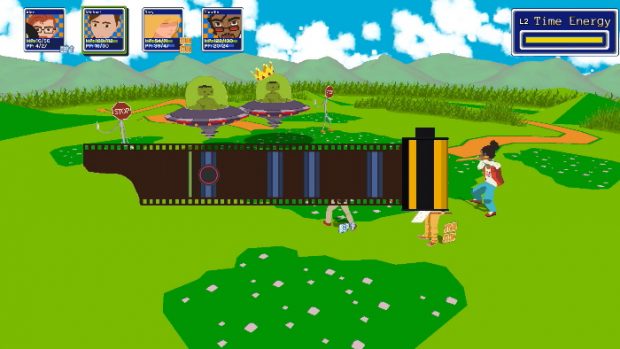 I enjoyed playing YIIK: A Postmodern RPG on PlayStation 4. I really liked the weirdness of the game, and how the whole thing felt like a very unique experience on Sony’s home console. The characters are very varied, and the gameplay mechanics help to make everything click. This is going to be a very divisive game that not everyone is going to like, but if you give this $19.99 game a chance, you might find that it’s exactly what you needed. YIIK: A Postmodern RPG is not without its flaws, but it’s definitely a game worth a look.

Disclaimer
This YIIK: A Postmodern RPG review is based on a PlayStation 4 copy provided by Ysbryd Games.

Unique type of RPG that stands out on PlayStation 4 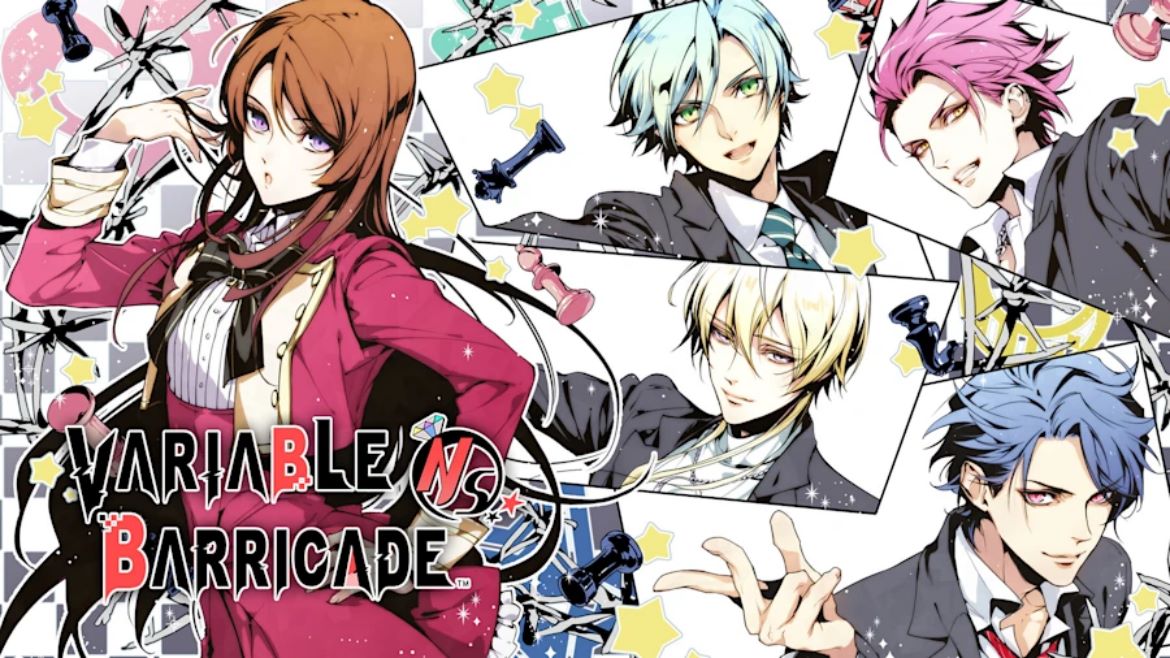