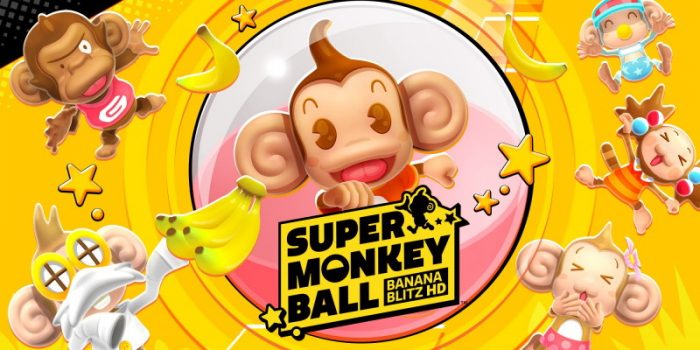 Super Monkey Ball: Banana Blitz was originally released as a Nintendo Switch exclusive many moons ago, back in 2006. It presents a story in which the evil Captain Crabuchin has stolen the Golden Banana Bunch, scattering all of its pieces over 100 stages you will need to complete. Back when it launched on the Nintendo Wii, it had motion control support, something that was to be expected for a console that featured the motion controls afforded by the Nunchuck and the Wiimote. Because of this, thereâ€™s also a jump you could perform by flicking up the Wiimote as needed. 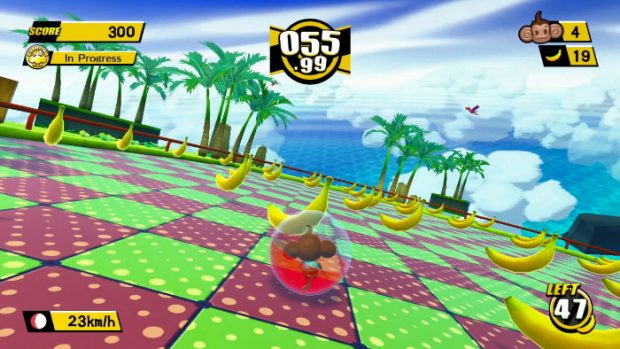 Itâ€™s now 2019, and the former 480p Nintendo Wii exclusive is making its way to the Nintendo Switch (and the PlayStation 4) as Super Monkey Ball: Banana Blitz HD. The HD means that this time around the game is available at a crisp 1080p at 60 frames per second, but the motion controls â€“ which some players loved while others hated â€“ are gone. Instead, everything in this arcade-style release is controlled with the left analog stick, which is used for moving the playing field around you as needed, and you can jump with the A button to clear some of the more elaborate platforming sections â€“ or to try and take some shortcuts in the longer levels.

The gameplay loop for Super Monkey Ball: Banana Blitz HD is simple: you will need to roll around each of the 100 levels in the game as you collect as many bananas as possible while making your way to the exit portal. The more bananas you collect, the higher your overall score for that stage, and once you collect 20 bananas â€“ which will happen a lot – you will be given an extra life as a reward for your trouble. Each level has a timer, and you will need to reach the exit before it reaches zero or you will lose a life. 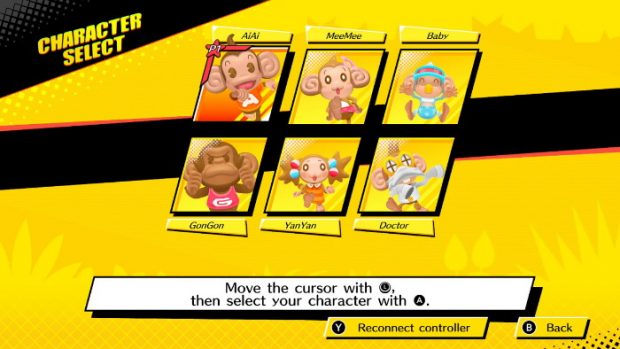 Youâ€™ll have six characters to choose from (AiAi, MeeMee, Baby, GonGon, YanYan, and Doctor), each with different stats in Speed, Jump, Bounce, Size, Weight, and Life. Speed will determine how fast a character rolls, Jump will affect how high they jump, Weight will determine how fast they come crashing down â€“ because gravity -, and Bounce will tell you how crazy things will get for your ball once it comes into contact with solid ground. As for Life, that determines the stock of lives you have to lose before getting a game over.

New elements are added as you progress through the game. The first handful of stages will serve as an extended tutorial so that you can get the hang of things, rolling and jumping around to avoid obstacles as you try to complete each stage as fast as possible. Different sections of a level will have railings on the side to keep you from falling, while others will have none, making it very easy for you to fall off from the playing field. Gaps will also be introduced more and more into each levelâ€™s design, and there will be other hazards to watch out for such as, for example, enemies who flap their wings around to try and throw you off the playing field with the gusts of air they create. 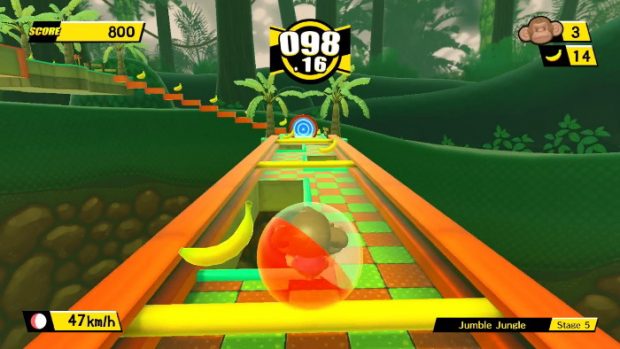 At the end of each world in Super Monkey Ball: Banana Blitz, you will run into a boss stage in which, as the name suggests, a boss will be waiting for you. Each of the bosses will have different movement and attack patterns for you to learn so that you can attack when the time is right. You will run into a giant bird that will flap its wings to try and knock you out of the platform, pecking at you if you get too close. Another boss will be a chimp who can shoot homing missiles at you that will need to be rerouted by jumping on top of them. Along with the boss stage, each world will also include a bonus level in which thereâ€™s a ton of bananas for you to collect. 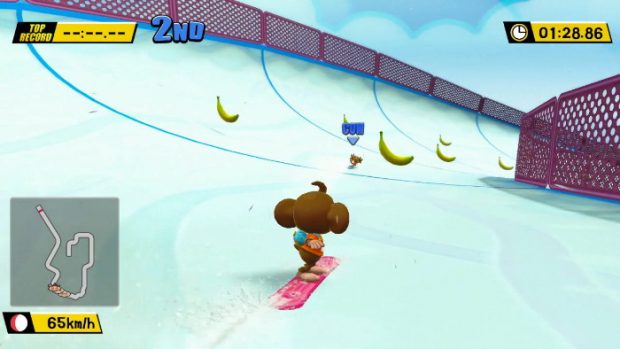 New for Super Monkey Ball: Banana Blitz HD is the Decathlon Mode in which youâ€™ll compete against other players in ten mini-games, which are tied to online leaderboards so that you can see how good you really are when compared against the world. Thereâ€™s the option of a time attack mode as well with online leaderboards. You can also unlock bonus costumes for your characters so that they can roll around in style. On top of this, thereâ€™s Sonic the Hedgehog as a guest character! Sonic is a hidden character you can unlock, and selecting him for your run will introduce some interesting elements into the mix. On top of being the fastest of all the characters in the game â€“ as was to be expected -, selecting Sonic will change all of the bananas into golden rings, and you will hear a familiar sound effect as you collect each one! 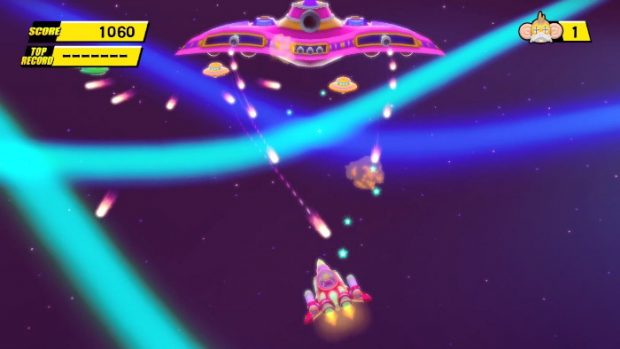 Super Monkey Ball: Banana Blitz HD is a solid HD port of what was already a fun arcade-style game back on the Nintendo Wii days. Itâ€™s now been updated with HD graphics, bonus content, modes, and Sonic the Hedgehog as a hidden character, all wrapped up with a budget $39.99 price tag in digital or physical format â€“ the physical package will include sticker sheets depicting the main characters for the game as a bonus. 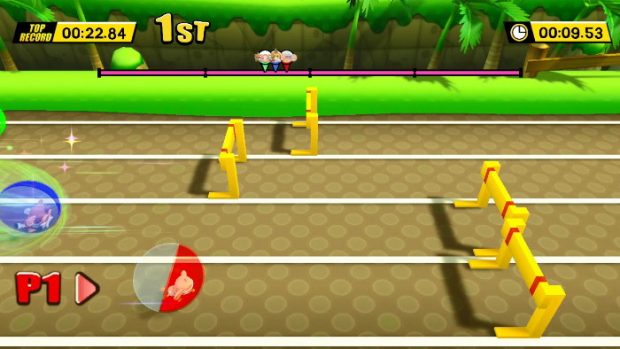 Disclaimer
This Super Monkey Ball: Banana Blitz HD review is based on a Nintendo Switch copy provided by Sega.

Fun arcade-style classic now in HD for a new go

[Beyond PlayStation] Yu-No: A Girl Who Chants Love at the Bound of this World Review