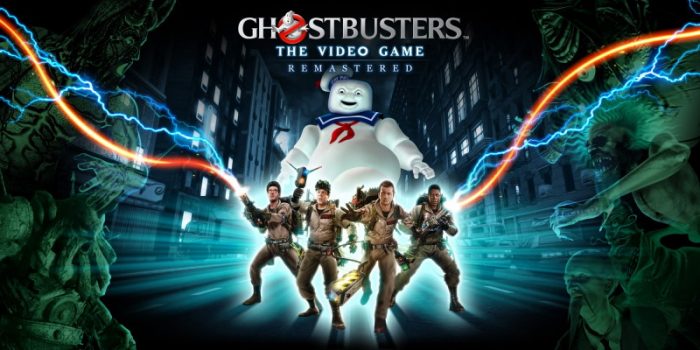 Ghostbusters: The Video Game Remastered is pretty much Ghostbusters III presented in video game form. The story takes place two years after Ghostbusters II. Itâ€™s 1991, and in Ghostbusters: The Video Game Remastered you will take on an adventure that features the likenesses and voice acting of all four main members of the group â€“ Bill Murray, Ernie Hudson, Dan Aykroyd, and the late Harold Ramis, with Aykroyd and Ramis being the ones in charge of writing the gameâ€™s story. This being a video game, the setup is that youâ€™re a rookie member of the Ghostbusters team, which means youâ€™re going to get some on the job training as you test out a new prototype

Before you start, you will get to choose between three difficulty settings. Thereâ€™s Casual, which, as the name suggests, lowers the overall challenge of the game so that you can focus on the story as you bust some ghosts. Next up is Experienced, which is the standard experience that most players will end up diving into. The final difficulty option is called Professional and is left for players that ainâ€™t afraid of no ghosts. 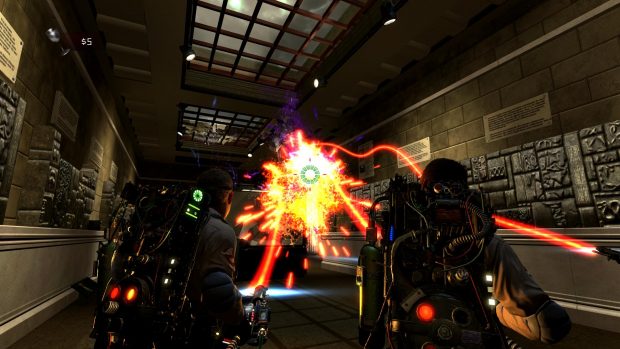 Once youâ€™ve taken care of that, your journey will commence with a Columbia Pictures splash screen, followed by a commercial from the Ghostbusters, who seem to be looking into turning the business into a franchise opportunity. Youâ€™ll be decked out with the new prototype proton pack, and while most games would allow you to name your character right about now, when Ray asks for your name, Peter interrupts and says that itâ€™s better not to know your name since he doesnâ€™t want to get attached to the new guy that, you know, might end up exploding when using the prototype.

As for the controls for Ghostbusters: The Video Game Remastered, youâ€™ll be controlling your rookie character with the left analog stick, swinging the camera around with the right analog stick. You can jump with the A button, which is also used for evading enemy attacks or for sprinting over short distances. You can interact with things with the B button, bringing up your PKE meter with the X button and scanning with the ZR button to check for any supernatural activity so that you can get with the ghost busting.

Your proton pack can be equipped by pressing up on the D-Pad, using its blast stream to shoot away at ghosts. You do need to be careful when you use this since itâ€™s also highly effective against everything else, leaving thousands of dollars in damage in its path. Once youâ€™ve damaged a ghost enough, our stream will change into a capture stream, containing the ghost. You can then move the capture stream and the ghost by using the right analog stick, pulling and pushing a ghost before pressing the ZL button to initiate a slam. You can then use a ghost trap (which you can deploy by pressing the Y button), to, well, capture a ghost! As you use the prototype proton pack, it will start to overheat. When this happens, press the R button to manually vent it so that you can keep things from gettingâ€¦ too dangerous.

Since youâ€™re the resident Experimental Equipment Technician, youâ€™ll get to learn the above control mechanics during the initial action sequence after the story setup, since a wave of powerful energy ends up hitting the entire city, and the Ghostbustersâ€™ headquarters feels the hurt of a grade seven wave. This ends up cracking the container where Slimer was held captive, so off you go as the rookie, following Ray and Egon downstairs to investigate what is going on, as you try to recapture Slimer before he can wreak havoc. 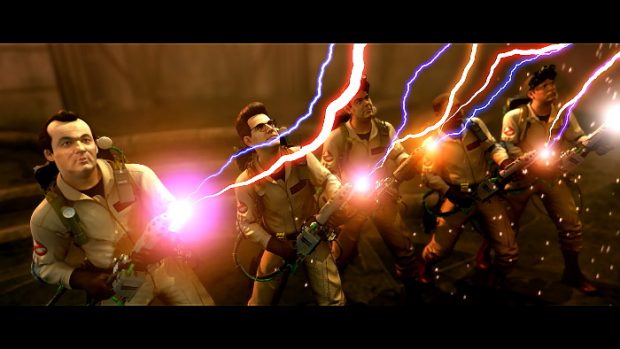 As you encounter new ghosts, they will be added to Tobinâ€™s Spirit Guide. You can check it inside the menu by pressing the â€“ button. For each ghost, you will learn its name, category, type, and overall behaviors. Take, for example, the first ghost you face after Slimer. Itâ€™s the Sloth Ghost, which has a ranged attack. His name in the world of the living used to be Arbison Morguncher, a wealthy epicurean who back in 1937 bid on and won a massive Thanksgiving fest intended for 12 people. He ended up demanding he is served all of the food for himself and no one else and ended up dying from a gastric rupture from the massive overeating. Oh, and it turns out this was what he had planned all along since he left behind a suicide note saying he wanted to go out indulging in his greatest fantasy.

Along with Slimer and the Stay Puff Man, Ghostbusters: The Video Game Remastered has a lot of nods to the two first movies in the franchise. I suggest that before you start your first proper mission outside of the Ghostbustersâ€™ headquarters, you take a few minutes to interact with the large painting of Vigo the Carpathian that is just sitting there on the main floor. Yes, that painting. You should definitely interact with the painting so that you can hear everything that Vigo has to say to you, puny human. And yes, that is indeed the voice of Max von Sydow you hear from the painting.

As you earn money from your actions, youâ€™ll be able to purchase the upgrades that will unlock at a steady pace as you progress through the game. These include, for example, a boost to the blast stream focusing so that the beam doesnâ€™t wander around as much, a decrease to the beamâ€™s recoil, a considerable improvement for the PKE meter scan so that the scan target size can be increased, an improvement to the ghost trap that you lay down so that it can trap ghosts at a faster rate, and more. To get some extra money, you will end up collecting artifacts that have been in contact with ghosts â€“ think of them as souvenirs from your battles. 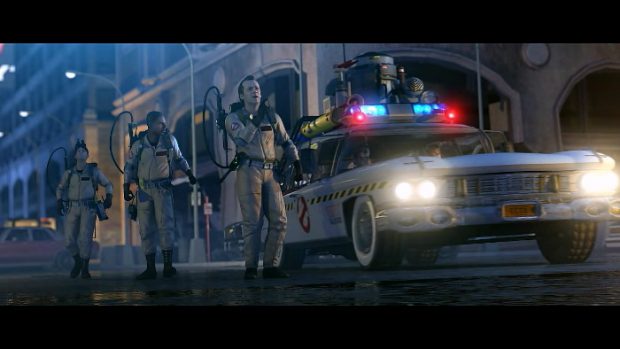 Ghostbusters: The Video Game Remastered was a fun game back when it released on the PlayStation 3 over ten years ago, and itâ€™s just as fun on the Nintendo Switch. The game is available for a budget $29.99, and for this you get a solid 8-10 hour adventure in which you will become a member of the Ghostbusters team, with revamped graphics, and a game that makes good use of HD Rumble on the Nintendoâ€™s Switch Joy-Con to let you know when itâ€™s time to manually vent the prototype proton pack before it explodes with the force of three nuclear bombs in one burst. 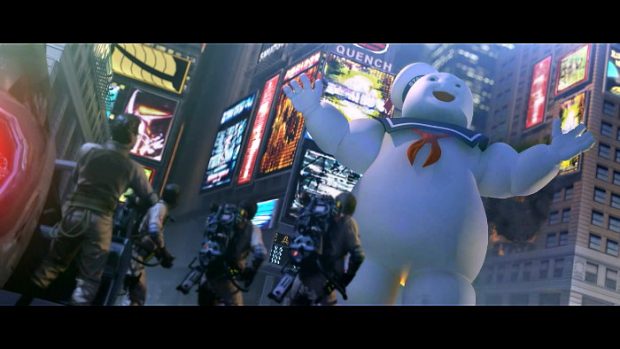 Disclaimer
This Ghostbusters: The Video Game Remastered review is based on a Nintendo Switch copy provided by Saber Interactive.

Still as fun as ten years ago 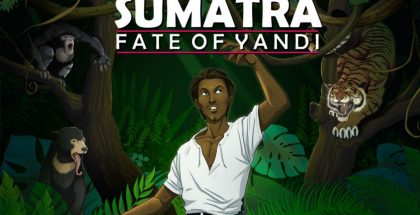 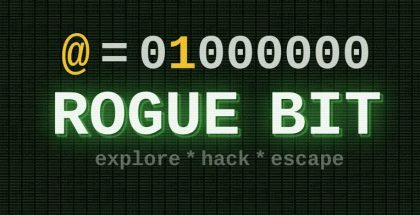 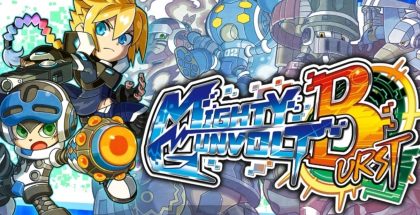 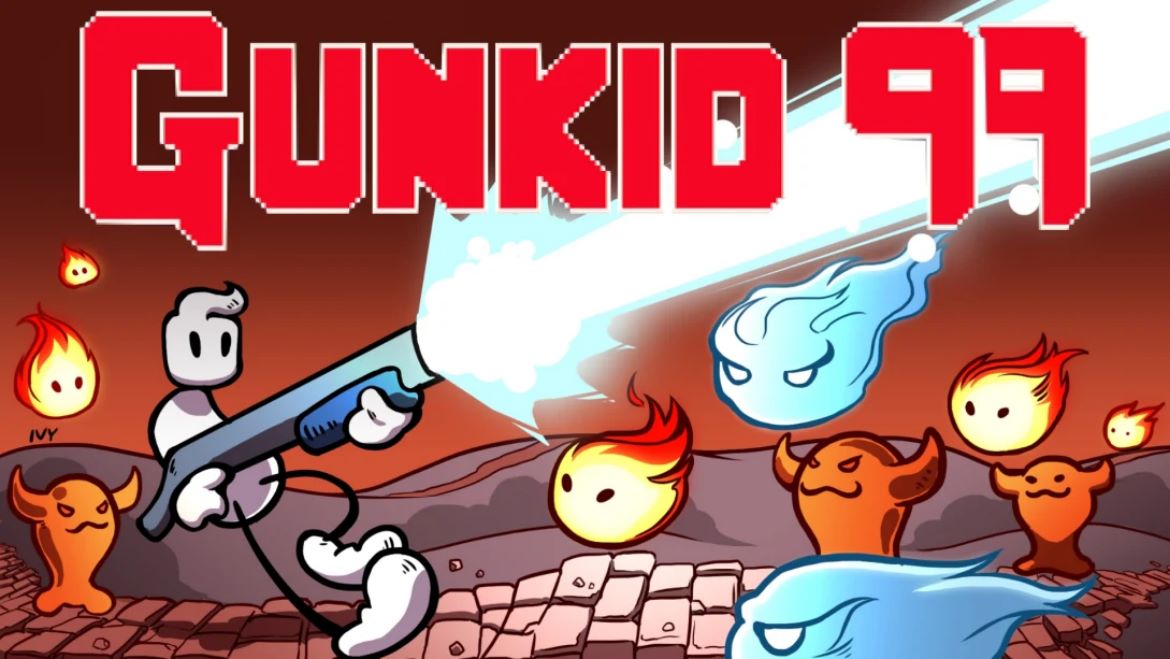