[Beyond PlayStation] A Hat In Time Review 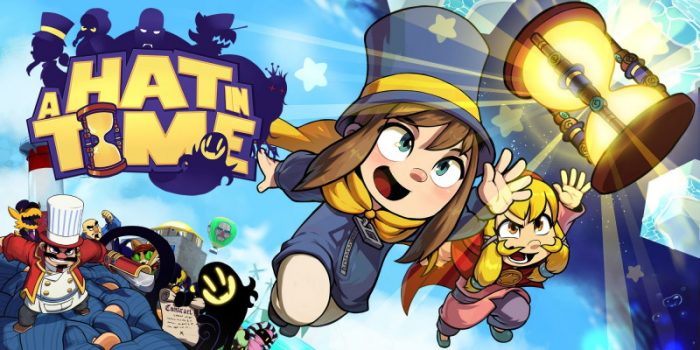 Colorful collect-a-thon A Hat in Time from Gears for Breakfast and Humble Bundle is out Nintendo Switch. Learn more about this gem in our A Hat in Time review!

Once upon a time (back in 2013), Gear for Breakfast had a Kickstarter campaign for A Hat in Time, ending up its run with a remarkable $290,000 in funding, hitting several stretch goals along the way. Back then, none of these goals for the team to work on a console release for A Hat in Time, but luckily Humble Bundle stepped in as publisher to make it happen. It’s now 2019, and the game is ready to shine on Nintendo Switch so that you can play at home or on the go â€“ or just on the go if you’re a Nintendo Switch Lite owner! 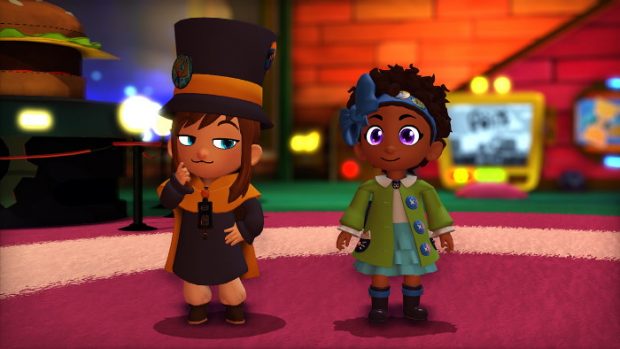 Your story begins with Hat Kid waking up in her bed, ready for adventure. She’s riding a rather large spaceship with plenty of time fuel to carry on its journey through space on her path back home. After checking that all is in order, she hears a peculiar knock from outside of the spaceship! She rushes towards the one banging on the crystal. It turns out it’s someone from Mafia Town, who is here to collect a toll. After breaking through the crystal â€“ which is not a smart thing to do – all the time pieces in the spaceship end up flying out of the vault, so not only must Hat Kid find a way back to the spaceship she must also collect all of the time pieces that act as the ship’s fuel!

While playing A Hat in Time, the first game that came to mind was Super Mario 64, because of the colorful presentation and how the game is split into chapters that are also split into acts, with each act having one time piece for you to collect, in a way similar to how Super Mario 64 had you pick different stars to collect, which changed a level’s layout or allowed you to reach new areas that were blocked for other stars. 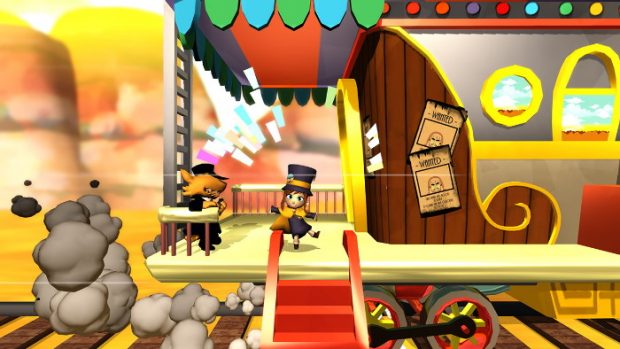 This being a 3D action platformer collect-a-ton means there’s going to be plenty of collectibles to find. There are gems to pick up all over the place, pieces of yarn so that you can use them to create a new hat for Hat Kid, relics, vault code pieces, or hearts to recover your health. The gems you collect can be used with the Badge Seller to purchase badges, which can give you access to new abilities or improve the ones you have. There is, for example, a badge that will automatically attract nearby collectibles or one that will automatically pull out your umbrella before you’re about to suffer a ton of damage from a deadly fall. 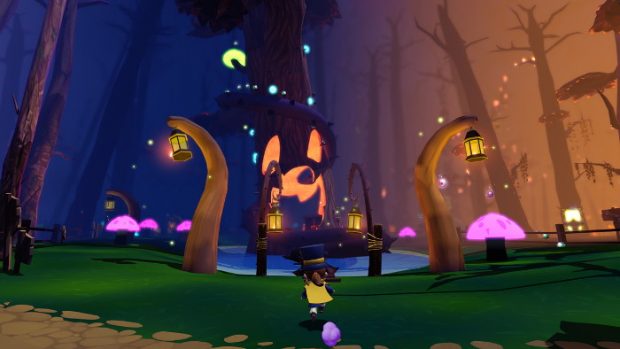 As for the pieces of yarn, the hats you can stitch with them will give you new abilities to use on your adventure. The first one you’ll probably have enough pieces of yarn to stitch is the Sprint Hat. As the name suggests, once you make this hat, you’ll be able to sprint quickly by pressing and holding down the ZR button. This is a good ability to have, but you do need to keep in mind that equipping the Sprint Hat means that you won’t have Hat Kid’s hat on, which allows you to press the ZR button to search for the next time piece in the area. The good news is that you can press the L button to bring up a radial menu from which you can swap between your available hats, giving you easy access to all of your abilities. 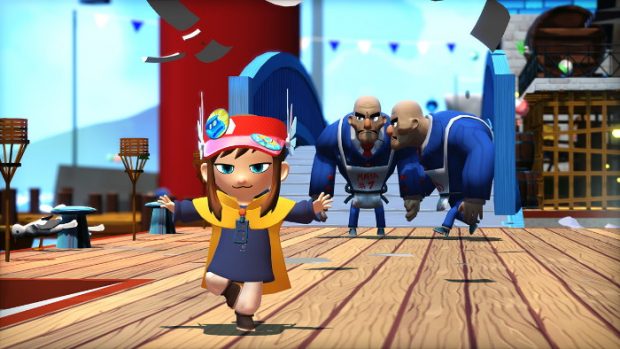 For players who have a bit of a hard time playing 3D platforming collect-a-thons, there’s the option of activating Assist Mode from the Settings menu. What this does is make some elements of the game more accessible for players, while also making it possible for your character to recover its health after a short bit of time has passed. There’s also the option of activating a color blindness correction mode for Protanopia, Deuteranopia, or Tritanopia, depending on the condition a player might have. 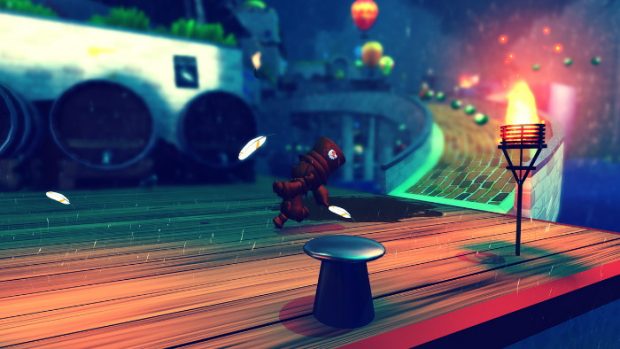 You can also tailor your experience in the Settings menu by changing the game’s language if you want a speedrun timer displayed, how far the camera should be from the player, or if you’d like to reduce the overall potential jitteriness of the camera to lower motion sickness. You can invert the horizontal or vertical camera controls, deactivate rumble, use input assist â€“ which is on by default â€“ to improve input experience by trying to avoid accidental double button presses, which would negatively impact on your experience. 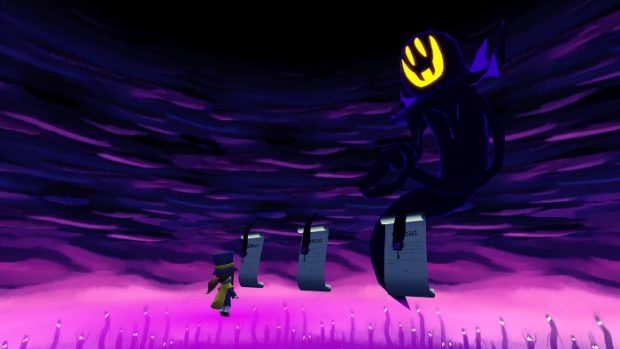 A Hat in Time is a fun collect-a-thon that pays homage to the classics while managing to stand out for its own merits. It’s available on its own for $29.99, including the original storyline and adventure available on other systems. On top of this, you can decide to get the two DLC packs individually at $4.99 each, or get the Deluxe Edition which is available for $32.99 and includes the game and the Seal the Deal DLC, which adds an all-new chapter (The Artic Cruise), as well as the Death Wish challenge, a brutal experience that will truly test your skills. There’s one more piece of DLC called the Nyakuza Metro, which will include a new chapter with ten time pieces to collect, a new sticker system, new flairs, new dyes, a new weapon, a new purple time rift, two new camera filters, and three badges for $4.99.

Disclaimer
This A Hat in Time review is based on a PlayStation 4 copy provided by Humble Bundle. 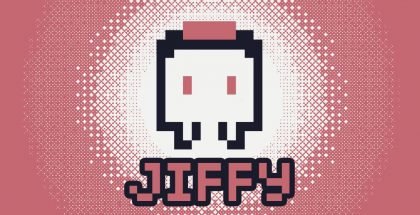 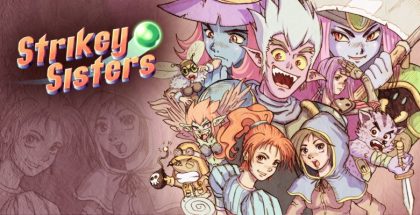 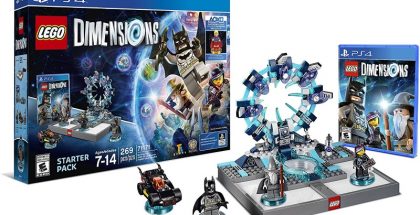