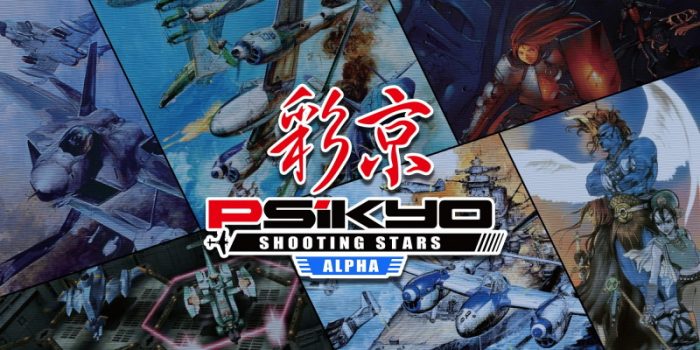 Once youâ€™re in the main menu from the collection, you can select any of the games, and this will take you to that particular releaseâ€™s gameplay screen. All games can be played at home on a TV or on the go in Portable or Tabletop mode â€“ or only on the go if youâ€™re the owner of a Nintendo Switch Lite. You can configure the wallpaper that is displayed on the sides of the screen since for most games the action will be presented on the center, the screen filter being applied to the action â€“ if at all -, as well as the displayâ€™s orientation, allowing you to rotate it by 90 degrees at a time until you have a look that feels right. 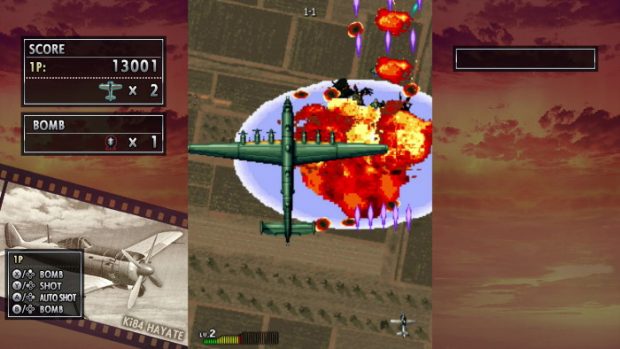 The good news is that thanks to the Nintendo Switchâ€™s nature, if you donâ€™t have a TV that you can easily rotate 90 degrees to match the configuration, you can still rotate the action and then use the Nintendo Switchâ€™s screen to play in vertical TATE mode, giving you a whole lot of action that will mimic the presentation of each of the vertical arcade games in this collection that were released many moons ago. If youâ€™re going the TATE route, I suggest you go and purchase a Flip Grip for your Nintendo Switch so that you can get in on the action. And if you hurry up, you might be able to grab a copy of Special Reserve Gamesâ€™ Downwell on Nintendo Switch, which offers a special edition Flip Grip along with a physical copy of the excellent vertical indie gem â€“ which I loved when I got to replay it for our review.

You can also configure your experience by changing the number of lives youâ€™ll have, how many credits you start with, how often you get an extra life based on your score, or if you want to play in English or Japanese. Your score will also be recorded so that you can show off your performance. Controls can also be remapped for each of the six games in the collection so that you can decide which button(s) will activate your attacks and smart bombs, if you want to use a button for auto-fire, or if thereâ€™s a special ability for a particular game youâ€™d like to keep handy.

Each of the games will also have a short manual you can access from the pause menu (which opens after pressing the + button) that will teach you the basics, for things such as what the display is showing for you, how to control your vessel, if there are any items you need to keep your eye out for. These items usually include power-ups that will boost your attack power or give you access to special weapons, a bomb that will add one to your overall count, or bonus items that can be collected in order to boost your overall score. 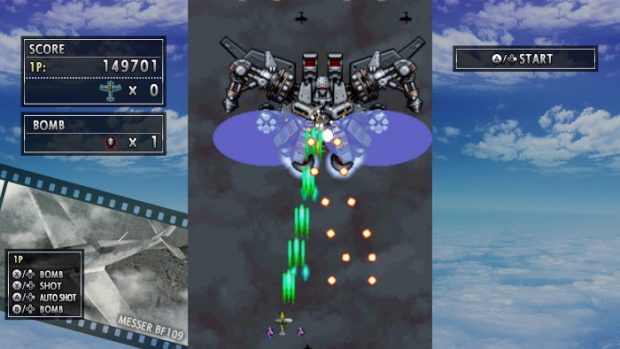 Strikers 1945 and its two sequels offer a similar experience, with each subsequent release improving on what the previous one did by boosting the overall gameplay and stuff in the graphics department. Youâ€™ll get to select from a set of planes that each offer different stats, main and sub-weapons, as well as special bomb attacks for you to consider. Some might be slower but pack a bigger punch with their main attacks, others might be faster and offer a thick energy blast for a bomb, clearing a path in front of you to survive. 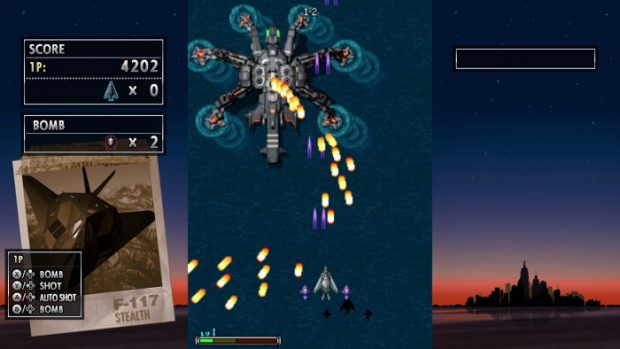 Dragon Blaze takes the gameplay mechanics from Strikers 1945 to give us a fantasy twist on the formula, with monsters and magic thrown into the mix, along with some extra bells and whistles here and there. You will get to select between four heroes and their dragons, each with an elemental allegiance. Thereâ€™s Quaid and his Fire Dragon, Sonia and her Aqua Dragon, Rob and his Thunder Dragon, and Ian and his Skull Dragon. Youâ€™ll ride your dragon and shoot at anything that moves, grabbing any power-ups you can to boost your attack power. 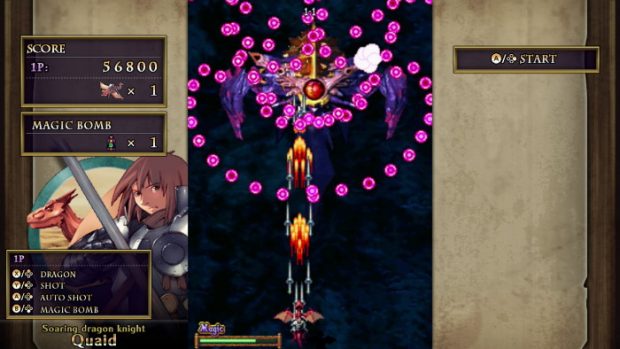 You have a magic meter at the bottom of the screen, and it will gradually fill up as you defeat enemies. While you can use regular attacks by constantly pressing the attack button, or by using the handy auto-fire button at your disposal, thereâ€™s also the option of pressing and holding down the attack button to charge up a special magical attack that will deal considerable damage. You can also press the X button to charge up your dragon so that you can send it into battle on its own. While this is happening, your hero will be left on its own to fly around the screen, and you can recall it by pressing the X button or by flying over to it.

To say that Sol Divide is different from other games in this collection is an understatement. For this one, youâ€™re in control of a magical 2D sidescrolling shoot â€˜em up adventure, twice removed from the 1945-infused styling of the 1945 Strikers trio â€“ and far from the 3D Zero Gunner 2. Youâ€™ll be shooting with the Y button or auto shooting with the A button, using a short-range slash with the B button. Youâ€™ll also get to select from an arsenal of magic with the L and R buttons, and using said special magic attacks with the X button â€“ unless you decide to remap the button layout.

Along with the spellbook at the top of the screen that will show which magical attacks you currently have access to, youâ€™ll also have a life gauge to keep an eye on, instead of being defeated when hit once, which is usually the case for most classic shoot â€˜em up releases. You also have a magic points (MP) gauge that will dictate how much you can actually use the special magic attacks. The more powerful a magical attack, the more MP itâ€™s going to cost you, so youâ€™ll need to recover MP by collecting magic potions. 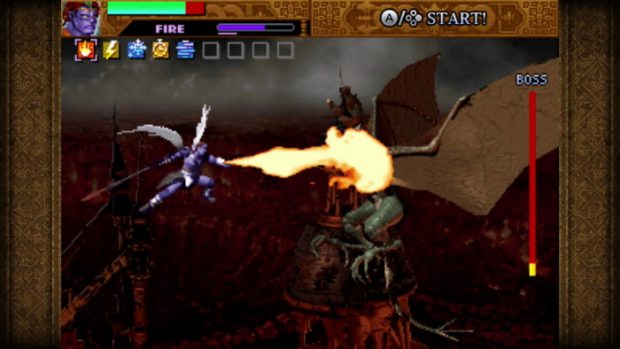 You can obtain fire, thunder, freeze, wind, slow, meteor, heatbody, and death spellbooks for your collection, as well as special single-use spellbooks tied to each of the three characters you can pick for this adventure: Kashon, Vorg, and Tyora. Kashon has phoenix, a spellbook that will deal considerable damage to everything on the screen. Vorg has nightmare, which will shoot unleash a more powerful version of the slow spellbook. Tyora has summons, which will randomly select from three possible attacks.

Sol Divide will also have more story than any of the 1945 Strikers games, or than Zero Gunner 2, by having your characters interact by way of short dialogue sequences, so that you can learn more about what is going on in this particular realm. Youâ€™ll also get to select from different paths to take after completing each stage, so that you can add some variety to your run. Sol Divide was a game that I had not played before, and itâ€™s the hidden gem of Psikyo Shooting Stars Alpha. 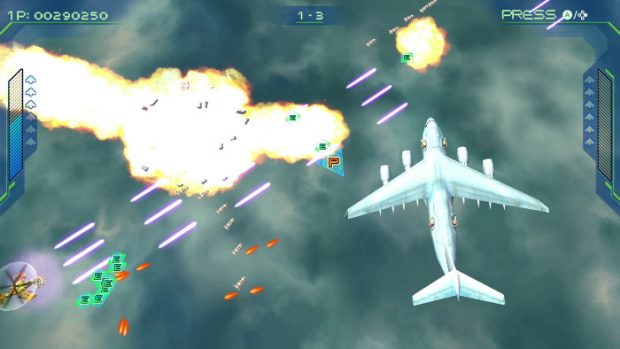 And then, thereâ€™s Zero Gunner 2, a 3D multidirectional shoot â€˜em up. For this one, youâ€™ll get to select from one of the three available helicopters â€“ Comanche, Apache, and Hokum, each with its own attack pattern, as you take on a ton of enemies, trying to escape from their bullets. For Zero Gunner 2, multidirectional means that you can make your helicopter fire in a full 360 degrees around it, which is why enemies are going to be flying in from all over the screen at all times.

Thanks to its 3D presentation, Zero Gunner 2 is not a vertical shoot â€™em up, and the camera will, in fact, move around each location, taking you in more than the one direction youâ€™re used to for other shoot â€˜em ups youâ€™ve played. As you defeat enemies, they will release rotating glowing energy cubes that you can collect to boost your special bar â€“ more on this in a bit. Some opponents will also release power-ups you can grab to boost your attack power, which will come in handy for destroying the many enemies out to get you.

Special attacks for your helicopter are marked by the energy bar on the side of the screen. To be able to use it, youâ€™ll need to charge it up by collecting the small and large energy cubes (marked with an â€œEâ€ inside) that will pop out from some enemies. Every cube you collect will add to the bar, and once you max it out, you will get another charge for your special attack. Each of the helicopters has its own special attack, so be sure to check out all three so that you can see which one works best for your playing style.

Psikyo Shooting Stars Alpha is a must-have on Nintendo Switch for shoot â€˜em up fans. For $49.99, you get six solid shoot â€˜em up classics from Psikyo that will test your skills in full. Sure, you can change the difficulty setting, add some extra lives and a ton of credits for each of your runs, but the true test will be when you beat each of the games â€“ which shouldnâ€™t take more than 20-30 minutes each â€“ and then seeing if you have what it takes to survive each available â€œsecond run,â€ during which a game will turn into a proper bullet hell release.

Disclaimer
This Psikyo Shooting Stars Alpha review is based on a Nintendo Switch copy provided by NIS America.

Solid shoot 'em up compilation for some of Psikyo's classics

[Beyond PlayStation] Blacksad: Under the Skin Review 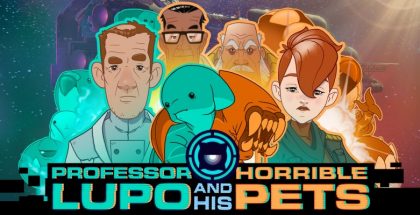