Game ReviewsStreets Of Rogue
No Comments 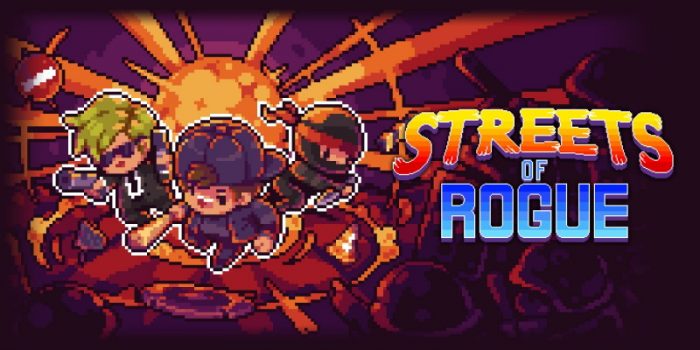 Streets of Rogue features procedurally generated content, and you can configure your character to your liking, modifying its traits, weapons, stats, and more. Multiplayer is also included, and you can take on some online play with gamers from around the world. The game is suitable for quick bursts of play or for longer gaming sessions. You can just hit quick start to dive right into the hame, or you can start from the home base where you can learn about the resistance through a tutorial section. 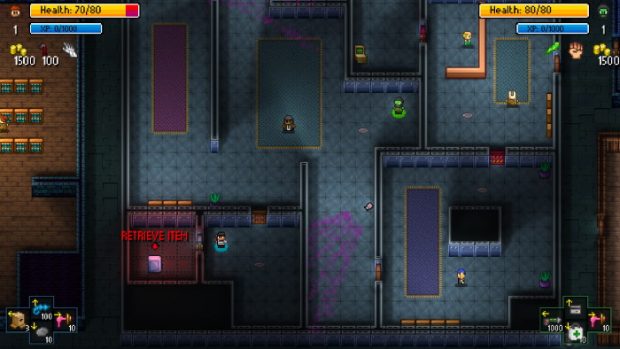 Streets of Rogue is set in the future in which a corrupt mayor is causing great discontent among the people. That discontent leads a group of people to create a resistance force. The game may sound dark, but it’s actually very humorous, and this is very easy to see just by looking at the list of classes as well as the modifiers and traits for your crew. While you can skip the tutorial, I suggest you give it a spin so that you can learn the basics, as well as to unlock a trophy for your collection. It’s only a few minutes long, so be sure to give it a go! 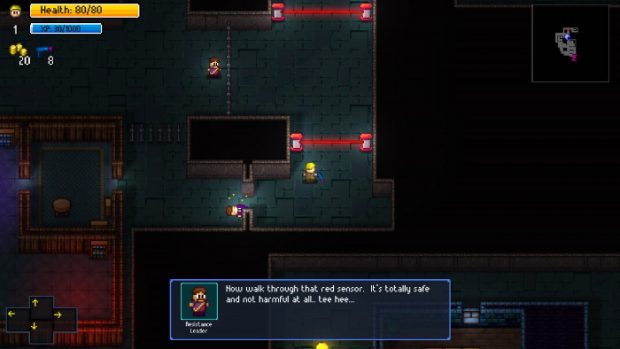 The game is a very open-ended game, so you can pretty much do whatever you want. There is a stats log that you can access with the Square button, and it gives you all sorts of detailed information such as how many murders you committed, how many times you committed theft, and so much more. And you can do pretty much any crime you like as there is no police in the game to give you chase! Instead, once you try and rob, or murder, you will have to deal with the repercussions with the residents, and that can lead to your demise. 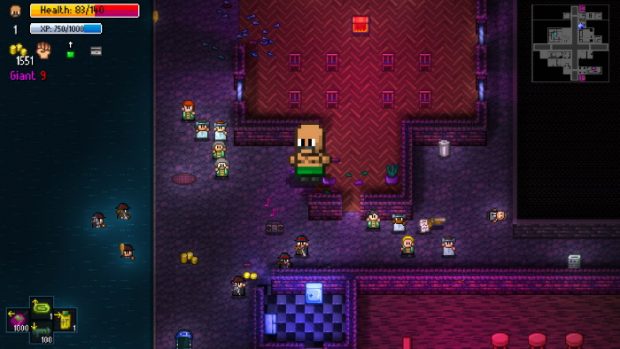 You can do the story missions whenever you please as they are not on a timer. The missions are on your minimap, which you can access with the Triangle button, to see where the available missions are. Completing them will give you a variety of rewards, which are also random. Due to the game’s genre, you can, of course, expect to die a lot. Enemies can take huge chunks out of you before you can get better weapons, which, again, are completely randomized. Along with this, you need to know that weapons have a durability meter, which means that once the meter goes down from 100 to 0, then that weapon is no good. 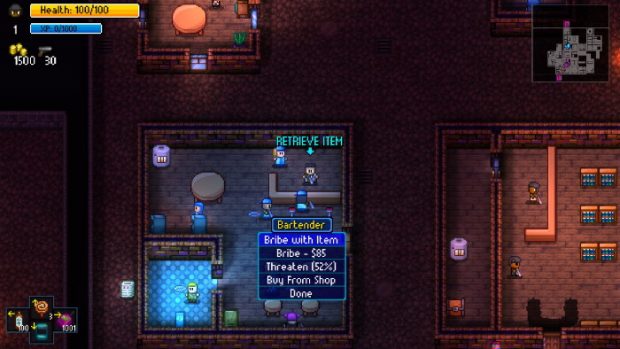 There are many characters to choose from, and whoever you end up selecting will affect the side missions you get. For example, you will need the hacking tool to be able to hack into computers and open all doors within a specific room. You can unlock a ton of stuff by doing certain things like kill X number of characters, which will unlock the cannibalism trait. Characters have all got different stats, and some have some weapons to helo you while others don’t, so you will need to look for or buy weapons – if you can afford to. You can loot to your heart’s content, but at a price: if you loot someone’s stuff, then they will come for you! 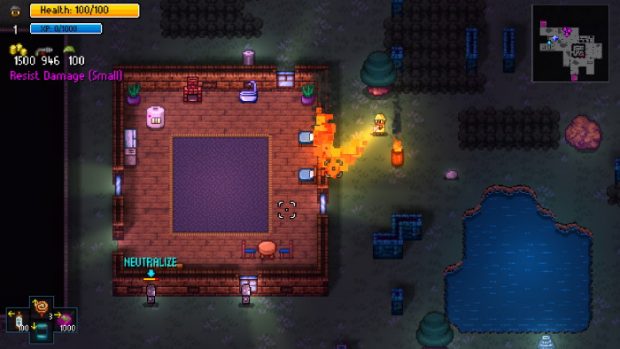 Along with being a free roam game, there is a story you can follow. Tou can access your map, and marked in red, you will find your missions. If you successfully complete them, you will earn a variety of rewards, money, and EXP. You can earn additional EXP, which is shown below your health meter in blue, by way of murder, thievery, or by completing missions. The slum levels are really easy, and they can allow you to learn the gameplay mechanics before going on the higher levels because, as expected, the further you go, the more challenging it is, which you need to keep in mind since in Streets of Rogue death is permanent. 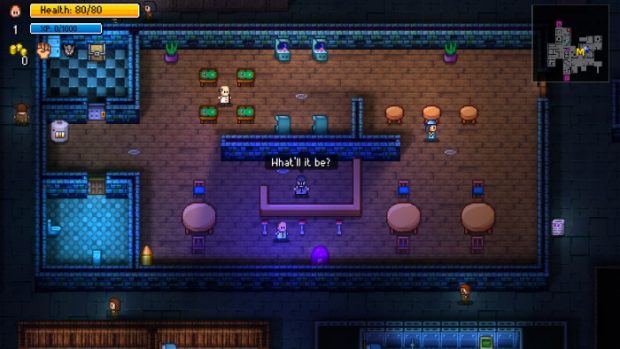 Streets of Rogue is a fun game with different ways of playing, including a daily run option, which means there will always be a game to play, even after you have finished the main story. That plus the modifiers, which gives you the ability to change your character and what it can do, will certainly keep you busy for a while.

Disclaimer
This Streets of Rogue review is based on a PlayStation 4 copy provided by TinyBuild.

Fun roguelike with a lot of gameplay freedom

[Beyond PlayStation] The House of da Vinci Review