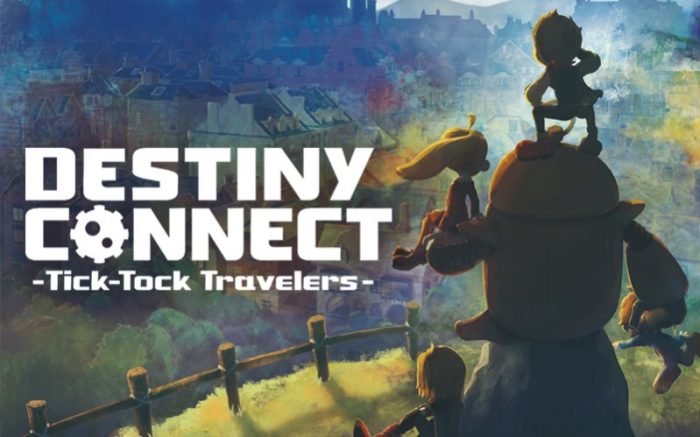 In Destiny Connect: Tick Tock Travelers, your adventure will begin in the town of Clocknee. Itâ€™s 1999, and everyone is getting ready to celebrate the new millennium. Youâ€™ll eventually be controlling Sherry Aldeis, her friend Pegreo Bachfaren, and Isaac, a very special robot that is the key to unraveling the gameâ€™s story. Itâ€™s not only a matter of where you need to go, but when, hence the name of the game. But before you get to do some time traveling, youâ€™ll first get going with a set of easier tasks to complete. Right from the start, youâ€™ll notice thereâ€™s no voice acting in this one, so you better be ready to read a lot of text when playing this one!

The game will, at first, only allow you to control Sherry, so that you can learn the basics and learn the hang of things before you dive into the meat of this JRPG. After receiving some spending money and a package for Sherryâ€™s grandma, your adventure will begin. First up is delivering that package at the Blossom CafÃ©. Make good use of your map, which will display the locations you can visit as well as remind you of what needs to be done. Worry not since youâ€™ll soon run into Pegreo, who will join your party. 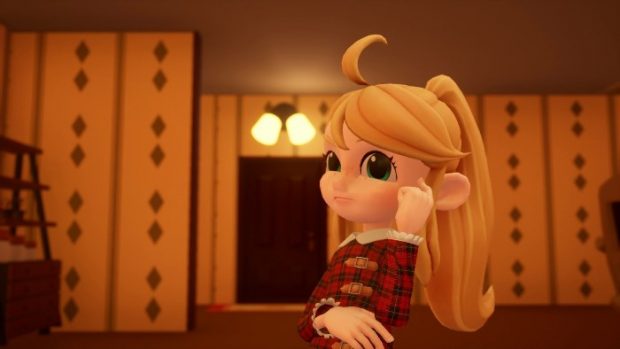 After delivering the package to Sherryâ€™s grandma, you will learn there was a peculiar incident on the outskirts of town. Sherry is a curiously feisty individual, which is why she desperately wants to go and see what all the fuzz is about, even if her grandma specifically warned her about visiting the outskirts. Pegreo tries to persuade her from going outside of town, and while it seems she agrees with him, it turns out she only realized she has no idea if the incident happened north, south, east, or west of town, so she must first ask around to see if she can find the information needed to go visit the specific location for the incident.

As for the twist for Destiny Connect: Tick Tock Travelers, it involves time and time travel. It turns out that when the clock struck 12 a.m., and 1999 turned into the year 2000, time stood still. Everyone in town just froze up, except for Sherry, her mom, and Pegreo. Itâ€™s then that the large robotic TVs that had attacked them during their visit to the explosion site â€“ which were dealt with by a kid who had previously shown up on a movie on TV â€“ decide to attack Sherry and her mom, but luckily she decides to use the broken gun she found earlier in the day. 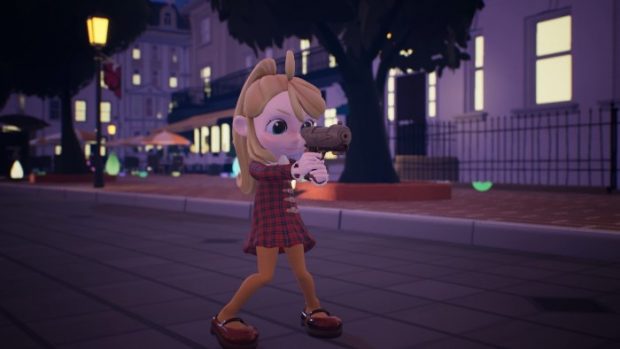 While searching her house to try and find out if her mom managed to get back there safely, she ends up in her fatherâ€™s study. She enters after hearing a sound, thinking her father has finally returned from her trip. When she finds nothing more than an empty study, she decides to try and tidy up the place a bit, but instead, she finds a secret passage that leads to a basement she had no idea existed. It is here that she finds a large robot named Isaac, who will be crucial for finding out what is going on. Isaac is the partner of Sherryâ€™s dad, and his directive is to protect her at all cost.

Youâ€™ll control your character with the left analog stick, swinging the camera around with the right analog stick. The stronger you push on the left analog stick, the faster your character will move, and you can also dash by pressing and holding down the L button. You can also switch the cameraâ€™s zoom by pressing the ZR button, moving from the standard camera to a medium-distance position or a far camera. If you want to interact with others or with objects, you can do so with the A button.

Since this is a JRPG, that means youâ€™ll be taking on some turn-based battles during your journey. The aim of each battle is to defeat your opponents by draining all of their hit points, bringing them down to zero. To do this, you can select to attack opponents, picking a regular attack, and then choosing your target. You can also decide to defend against enemy attacks to reduce the damage they can deal, use an item to recover some health, or you might want to use one of your skills. 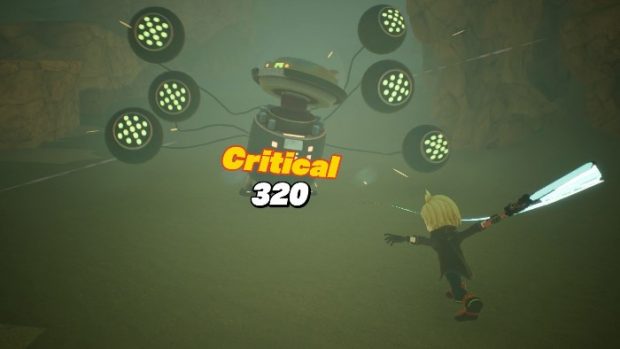 Isaac is a very interesting robot since heâ€™ll be able to evolve as you play the game, recovering his abilities with every new component that you find. Heâ€™ll be able to change into different outfits once youâ€™ve progressed enough in the game, and these outfits will grant him new skills to use. To power up Isaac, youâ€™ll need to install gears. Gears can be crafted form the parts you find during your journey, and the higher Isaacâ€™s level, the more slots youâ€™ll have for gears. The higher the quality of a gear â€“ with gold being the best â€“ the bigger the boost for Isaac! This is very important, because if Isaacâ€™s hit points ever reach zero while in battle, then itâ€™s game over!

When in battle, you should also pay attention to the column on the left side of the screen, as it will let you know the order in which party members and enemies will act. If you plan things right, you will always be one step ahead of your opponents by checking out this information and deciding if you should attack, defend, use an item, or a skill. Something else you need to consider is that Isaac canâ€™t use items, so if you need to heal him or other party members, you better act accordingly.

Youâ€™ll be able to see enemies out in the open as you explore each area. If they are green, then that means they have not spotted you yet. If theyâ€™re red, then theyâ€™ve seen you and are probably rushing to attack you. You need to be careful, because if an enemy starts to chase you and you end up turning around to run away, you might be leaving yourself wide open for a back attack, giving all of your opponents a chance to attack you during the first turn. If, on the other hand, you sneak up on an enemy from behind, you will get a first attack bonus so that you can gain the upper hand for that particular battle. 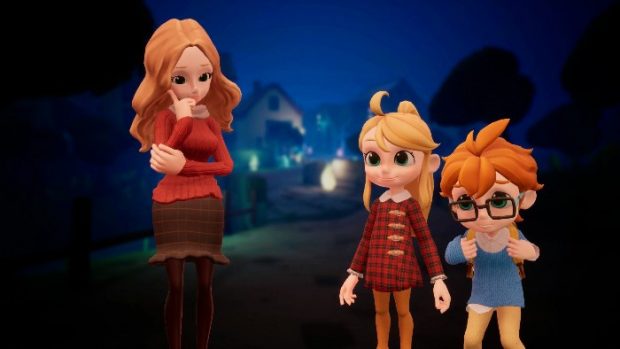 As you defeat opponents and win battles, you will be rewarded with items, gold pieces, and experience points. Items, as mentioned before, are very important since they can heal party members or boost their stats, while gold can be used to purchase things to help you on this adventure. The things you can purchase include more items, as well as equipment for each of your characters. You can buy clothes for them that will raise their stats or mods that can be equipped to weapons to boost your defense, attack, dodge, hit percentage, or hit points.

Experience points will allow your characters to level up, boosting their stats (attack, defense, accuracy, dodge, and speed), while also unlocking new skills they can use. For example, the first skill Sherry will get from leveling up will be Aid, a very important skill that makes it possible to heal a friend to have it recover some hit points. Skills will use SP, so be sure to keep an eye on your SP bar so that youâ€™re not caught off guard. You can recover some SP from using regular attacks, taking damage, using items, or after defeating an opponent.

Pressing the X button will open up your main menu, from which you can review the items you have collected (such as the deliciously healing biscuits that will help a party member recover 50 hit points), see what you can equip on each character to boost his/her/its attack, defense, accuracy, dodge, and speed stats, review the skills youâ€™ve unlocked for each of your party members, check your party, configure the settings for Destiny Connect: Tick Tock Travelers, and save or load your progress. 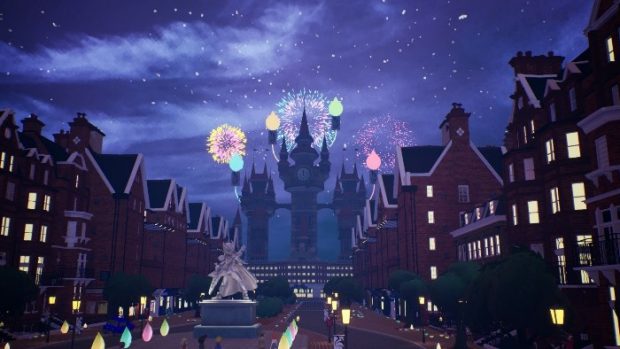 Destiny Connect: Tick Tock Travelers is a fun, streamlined JRPG. Sure, itâ€™s far from perfect, as there are some issues with the charactersâ€™ animations that seem to skip a beat every now and then, and the difficulty is not something that will get in the way of those of you that have some experience with the genre, but itâ€™s an entertaining adventure with a charming art style and has more than enough of content on offer for its $39.99 price tag. If you are new to the JRPG genre or have someone in your family who is new to the genre or a younger gamer, then this can be a good option to get them started.

Disclaimer
This Destiny Connect: Tick Tock Travelers review is based on a Nintendo Switch copy provided by NIS America.

Fun streamlined JRPG with a cartoon look and feel