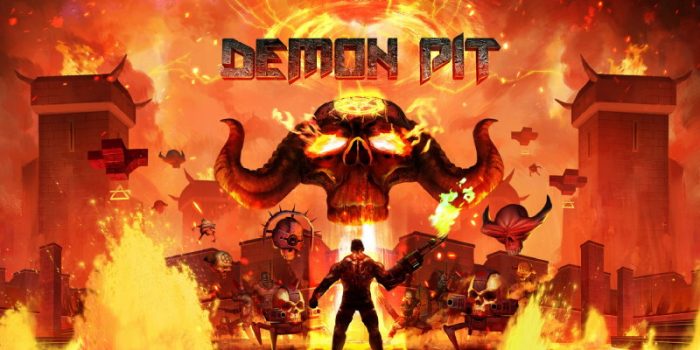 Demon Pit from Digerati is a fast-paced, old-school infused First-person arena-based shooter. Does it hit its mark? Find out in our Demon Pit review!

Demon Pit is a wave-based arcade-style first-person shooter that pays homage to the classics from decades ago. Because of this, your goal is simple: survive. Youâ€™ll be shooting at anything that moves, using your fast moves, weapons, and your grappling hook to quickly move around the arena as you kill all enemies in each of the waves youâ€™ll face. Youâ€™re in control of a demon hunter that has ended up in hell. I guess that killing all of those demons was not good enough to win him a ticket to heaven. 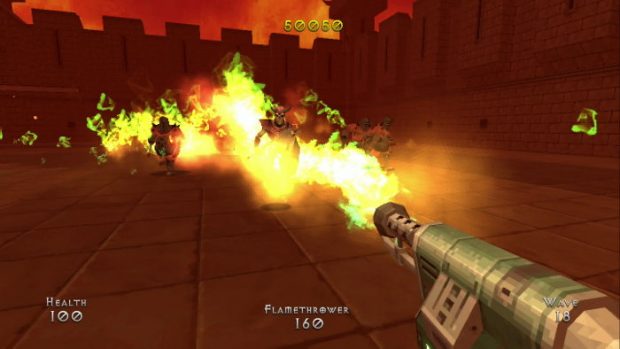 Your sins have damned you to hell, and it is in hell that you will take in this first-person shooter that has been inspired by the classics of the 1990s â€“ the Dooms, the Quakes, the Hexens of the genre. Because of this, youâ€™ll be moving around with the analog stick as you aim with the right analog stick, jumping with the A and B buttons. You can shoot with the ZR button, changing between the available weapons with the L and R buttons â€“ that is as long as you have enough ammo to shoot them! You have a handy grappling hook you can use to aim at the grappling icons to quickly move around the arena with the ZL button, sometimes saving you from certain death. 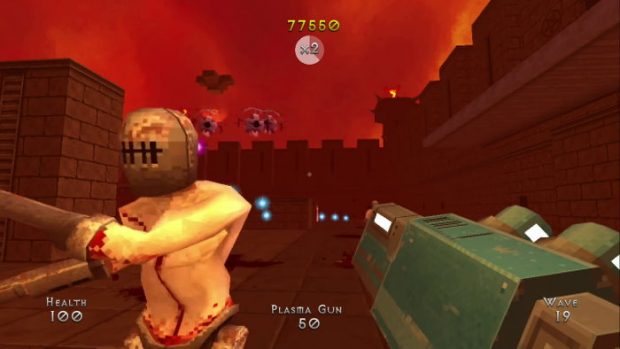 You have a pistol as your main weapon, which wonâ€™t be doing a lot of damage to enemies, but at least it features unlimited ammo. The other weapons you can collect will each have a finite amount of ammo, so youâ€™ll need to make every single shot count if you want to stay alive for as long as possible. While you do this, you can also try to boost your score by keeping your multiplier going by killing more enemies before the countdown timer at the top center of the screen runs out. 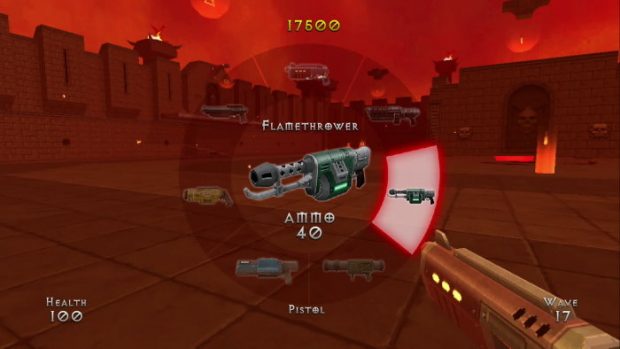 Thereâ€™s not much variety in the game since youâ€™ll be playing on the one arena that will change slightly here and there as you progress through each wave. You might get some walls to rise from the ground or have grappling icons showing up on floating platforms high in the sky, but in the end, youâ€™re going to be playing inside of the same four walls, with no major changes on the look and feel of the arena. Sure, lava might show up, or some fences or pillars can show up, but they donâ€™t make the experience feel fresh. This is sometimes the case with arena-based games, but they also happen to have solid and fun gameplay mechanics or a system in which you can make some progress towards unlocking new skills, new abilities, new characters, or boosting your overall stats. Demon Pit has none of these elements. 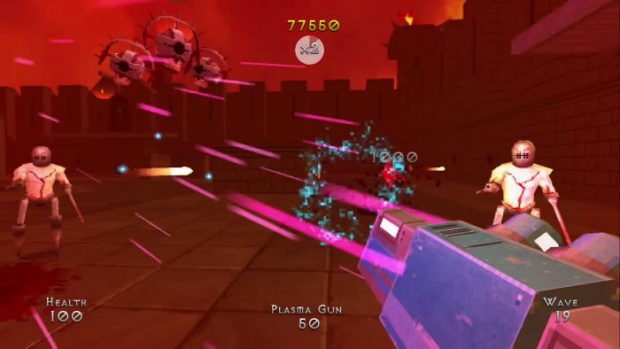 The game does have online leaderboards so that you can try to beat not only your own highscore but also that for players from around the world. The leaderboards are split between a global list showing the top ten players, as well as a separate list for you and your Nintendo Switch friends. You can also check your best score at the top center of the screen, along with the wave on which you ended up dying. 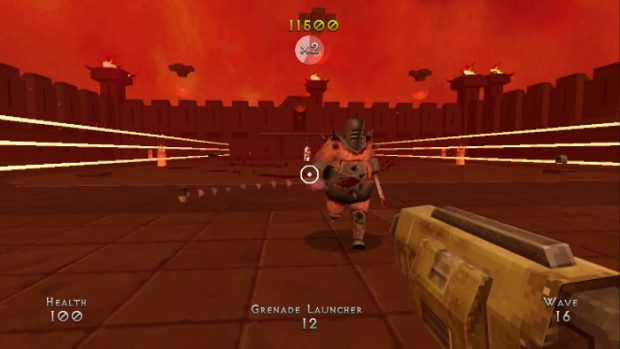 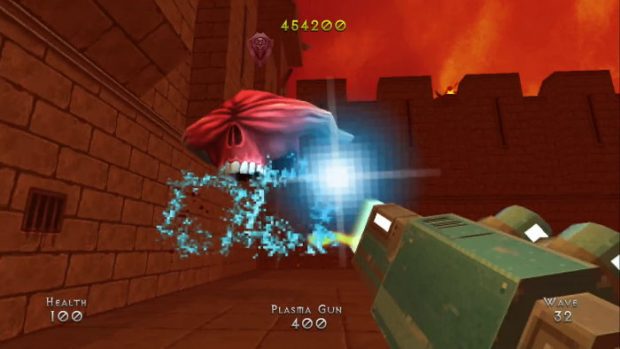 Disclaimer
This Demon Pit review is based on a Nintendo Switch copy provided by Digerati.

First-person arena shooter that fails to stand out