Zero Zero Zero Zero is a unique 1-bit low-fi platformer that sets to challenge players in a plethora of levels that will require skill and careful maneuvering. Dodge, shoot, and jump your way through randomly selected levels as you progress or die.

As you begin, you get the choice of selecting either the Standard mode, which offers infinite lives or the Hardcore mode, which, as you can guess, offers only one life. In Zero Zero Zero Zero, there isn’t any story, and you are quickly dropped in a level as soon as the game starts, having to figure things out. The gameplay is simple: you must reach a “bean” shaped thing in each level, and then return to the entrance of the stage. 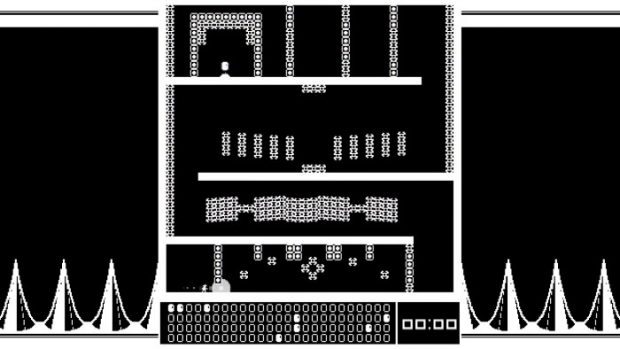 As for the gameplay, it is quite easy to master, since you press X to jump, and a second time for a double jump. You can also press the Square button to shoot, and that’s pretty much it. The level design makes these simple tasks being way harder than they seem, since you’ll have to evade obstacles, lasers, and other objects that will get in your way. In my gameplay first session, I noticed how some levels, out of the 100 available, were downright unfair. 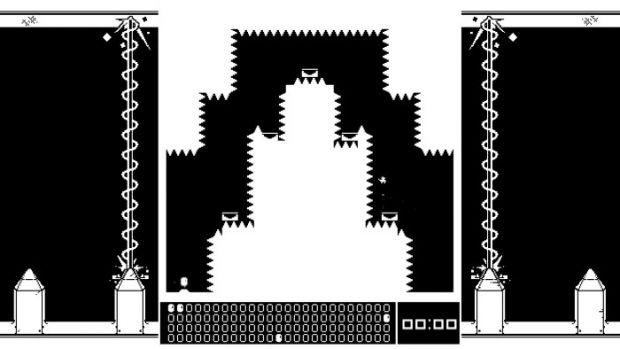 The game’s presentation is definitively a “what you see is what you get” scenario. It is thought of as a “1-bit platformer”, one-bit referring to the monochromatic color scheme. Being such a simple game, there’s one thing that is worthy of praise: there isn’t any loading. As soon as your character is hit by something, you are instantly warped to a new level to try again. The level selection is random, so when your character dies, the game will throw you into one of the levels you haven’t yet completed.

As is the case with other Ratalaika Games releases, trophies are awarded for achieving simple tasks and progressing through the game. I did, unfortunatley, had an issue with trophies not unlocking past the 3rd level completed, so I had to delete my save game in order to have this one pop. This is a major annoyance, and sadly it wasn’t the only major issue I met in this release. 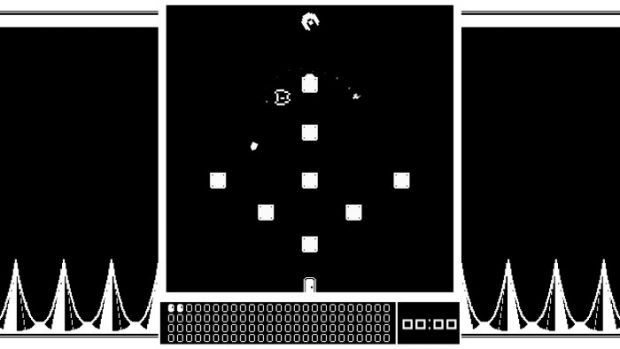 On the subject of the other issues, the game also crashed on me once. The gameplay is saved level-by-level, so I lost only what I had completed so far for that particular level, but it’s still an issue. There is, however, a serious problem with the pause system. When you press the Options button to pause, the pointer is sometimes set to “Save and Exit.” This just makes it more prone to human error, and you’ll most likely end up quitting the game. Not much of an issue, right? Well, the thing is that when you’re back at the main menu, the default option is set to “New Game” instead of “Continue.” You can probably see where this is going. 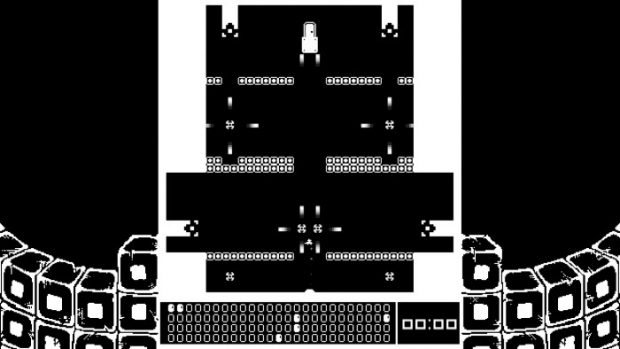 Final Thoughts
Zero Zero Zero Zero is a pretty short game on which you can get a new Platinum for your collection, but one that will require some skills to get through. I didn’t press on to achieve the Platinum on this one because of the different issues I had during my time with the game, such as it crashing on me and the trophies not popping up. Add deleting my game save by accident due to the game’s design choices, and you have one that even trophy hunters might have an issue with. 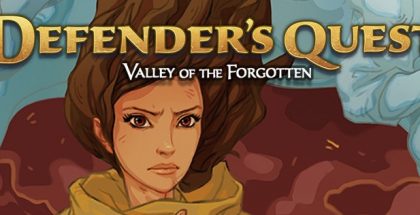 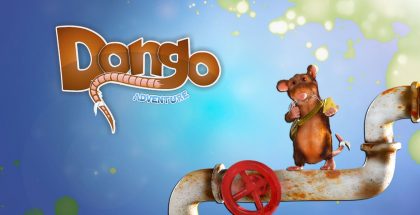