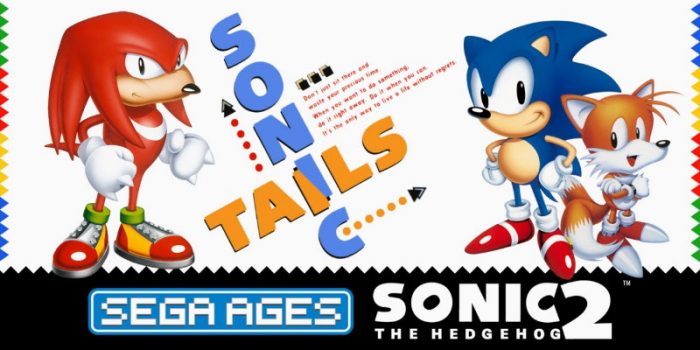 The SEGA AGES series brings us its latest in Sonic. Can he still go as fast as back in the day? Find out in our SEGA AGES Sonic The Hedgehog 2 review!

The sequel to the original Sonic The Hedgehog returns in SEGA AGES for Nintendo Switch™!
Hailed as one of the most successful Genesis games, Sonic The Hedgehog 2 garnered critical acclaim swiftly after its 1992 release. Follow Sonic and Tails (in his debut!) as they team up against Dr. Eggman in order to save the Chaos Emeralds from the clutches of evil.

Sonic The Hedgehog 2 introduced a competitive two-player mode that will be available once more, along with newly added features such as drop dash, rankings, time trial, and Knuckles!

SEGA AGES Sonic the Hedgehog 2 is the newest port in the great SEGA AGES series, which has done a great job in porting classic games from the Sega library – from their arcade releases and their home consoles – into the modern age, with some nice quality of life improvements to go along for the ride. 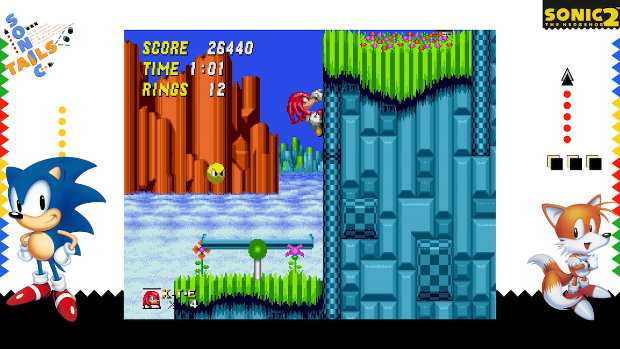 I think almost everyone has played a game with Sega’s blue mascot at this point, which means you know what you are getting from a Sonic game. Personally, if I have to be honest, I’ve never been a fan of the franchise. I never found his moves to be precise, since he goes too fast, and it’s hard to control. That being said, I know many people really like the Sonic titles and find them to be quite good. For that reason, I want to talk about the quality of the port on Nintendo Switch, as well as on what Sega has brought to the table with it. 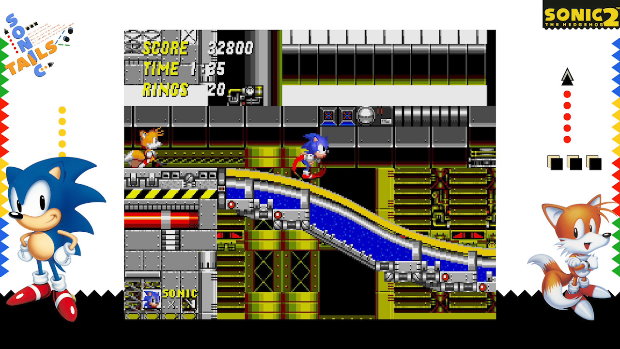 For those who haven’t played one (seriously who are you?), you play as the titular hedgehog as you collect the many rings in your path, which also act as your life force. No rings left on you? Then the next hit will end you! You’ll be jumping on robots, dashing through the levels as a blue ball, almost drowning regularly as you only have so much time to spend underwater, and will fight Dr. Eggman at the end of levels.

I’ll start by saying that playing SEGA AGES Sonic the Hedgehog on the Nintendo Switch feels like when I played Sonic 2 as a kid. The game looks pixel perfect, and the controls feel the same, reminding me of how this one was certainly not for me back in the day, but your experience can certainly be different. This version reminds me of being in front of my old CRT with a Genesis controller in hand playing the game. Kudos to Sega, because this feels exactly as it should on Nintendo’s console!

One of the additions to the port is Ring Keep mode, which will be very useful. By activating this mode, instead of losing all of your rings when you take a hit, you will only lose half of them for each hit. This makes it much easier to get through the game, and I definitely took advantage of it so that I play this one. Definitely a good extra for this new version! 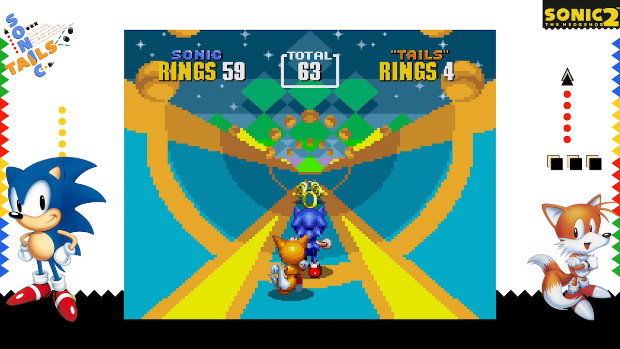 Also included in the port is the Knuckles version of Sonic The Hedgehog 2. Back in the day, if you had a copy of Sonic and Knuckles, you could put your Sonic 2 or 3 cartridges on top of it and play modded versions of them with Knuckles as a playable character. The game itself is the same, except now you get to play as Knuckles the Echidna instead of Sonic, which offers a very different experience since he can glide and climb walls. Since the levels Sonic the Hedgehog 2 and its sequel were not designed with Knuckles in mind, playing through them as the echidna does not feel as smooth as playing with Sonic, but since this is a bonus mode, there’s not much to complain about. 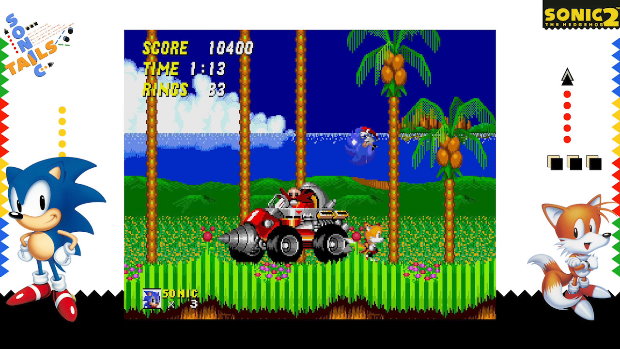 There is also a challenge mode included, which you can play as Sonic, Tails, or Knuckles putting you in a race against the clock so that you can try and get through the first level as quickly as possible while collecting a minimum of 100 rings, or you will fail. You can then upload your time to the leaderboards. It’s an interesting distraction, but I don’t see players spending a lot of time in this one.

The game also has everything you would expect in a release in the SEGA AGES series, such as including the option of changing your screen size, adding different frames around the center screen, applying filters that allow you to tailor your experience so that the screen looks as it would have back in the day when playing on a CRT tv. 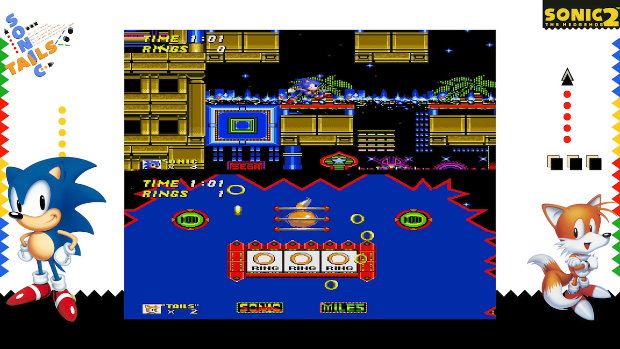 I might not be a fan of the Sonic the Hedgehog games, but I do have to admit that the SEGA AGES Sonic the Hedgehog 2 version on Nintendo Switch is an excellent port of the game, filled with some nice extras and some new tweaks, including the Ring Keep mode, which I found made the game more enjoyable. If you are a fan of the original release, then there is a ton of good stuff to enjoy in this one.

Disclaimer
This SEGA AGES Sonic The Hedgehog 2 review is based on a Switch copy provided by SEGA.

A dream come true for Sonic the Hedgehog 2 fans