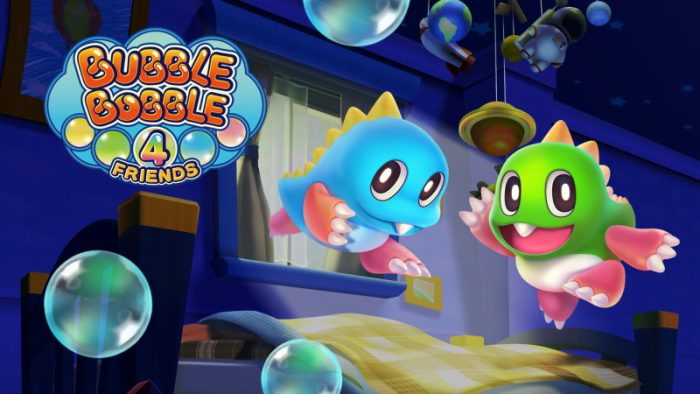 The 2D action platformer from TAITO is back for a new go on Nintendo Switch! In fact, the original development team that gave us the first Bubble Bobble is now back working on this highly-anticipated sequel! As the name suggest, Bubble Bobble 4 Friends is a new game in the long-running series that allows you to take on a new adventure either on your own or with up to three extra friends thanks to its local co-op multiplayer. 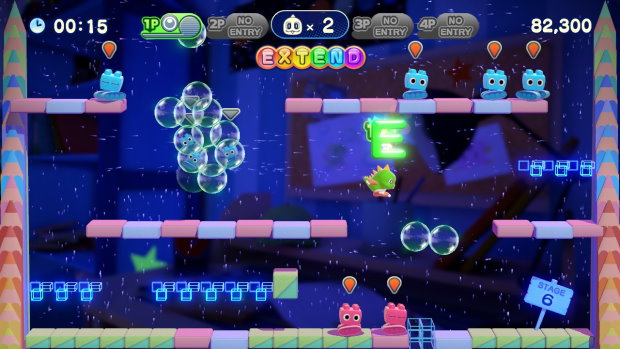 For those of you who are new to the Bubble Bobble franchise, it tells the tale of Bubby and Bobby, two boys who have been cursed by an evil wizard, turning them into the bubble-blowing dragons (a lot of us) know and love. If youâ€™ve not played any of the main Bubble Bobble games, youâ€™ve probably at least played (or seen) the duoâ€™s jump into the puzzle genre in Puzzle Bobble â€“ known also as Bust-A-Move. Over the course of 100 stages, youâ€™ll take on the evil wizard Bonner and his henchmen, who are up to no good.

I first got a taste of the Bubble Bobble series back in 1980s when I played the port of the original Bubble Bobble for the Nintendo Entertainment System â€“ the NES. Due to its arcade roots, the game on the NES retained the overall look and feel of the original, with the obvious limitations from taking the game from a powerful arcade machine to a home console, and it was a lot of fun to play! I spent hours playing the original back in the day, as it was one of the games in my collection that would always enter my gaming rotation. 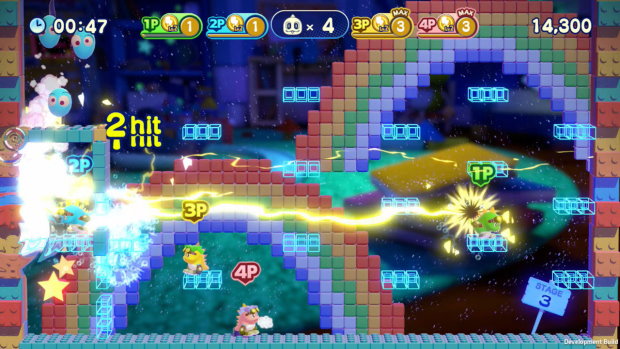 Bubble Bobble 4 Friends retains the overall premise of the original, which is why the aim of the game is to defeat all enemies on the screen by blowing bubbles with the A or Y buttons, jumping with the B or X buttons. Once an enemy is inside of a bubble, youâ€™ll get to jump on top of the and stomp by pressing down, or break the bubbles with your horns or back spikes. You have to be fast, because if you take too long your enemy will escape and get angry. If there are several bubbles nearby when you pop one, the rest will also pop, giving you a chain combo. The bubbles will move if they hit an air current, and you can actually jump on and ride a bubble! 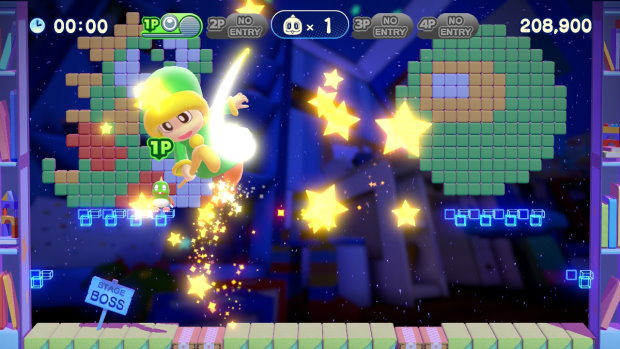 Youâ€™ll move your character with the left analog stick or the D-Pad, ducking by pressing down, or using skills with the L or R buttons. As you defeat enemies, food will appear, and you need to grab the food to boost your score, as well as replenish how often you can use skills. The special skills you can use will allow you to do things such as blow special types of bubbles to aid you on your adventure. There are also special bubbles called EXTEND bubbles, which will increase your life total by one when you collect each letter. Once you grab all of them and spell out the word Extend and finish a level, youâ€™ll get a special reward, and one of your skill will be powered up. 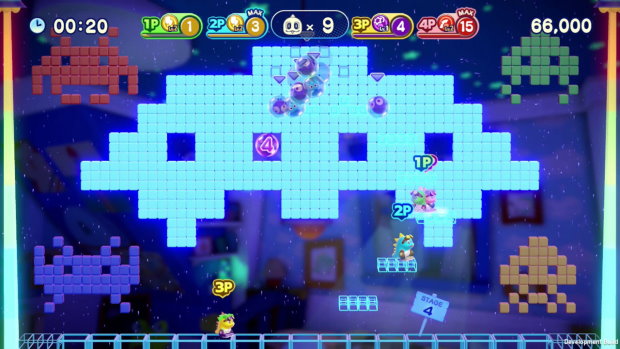 You need to be careful as you play, because a single hit is all it takes for you to lose a life! Something else to keep in mind is that once the last enemy in a stage is defeated, youâ€™ll need to act quickly so that you can grab all of the food â€“ of different shapes and sizes! â€“ that will pop into the screen. Remember that food is the best way to boost your overall score, and when youâ€™re playing in the local multiplayer with your friends, youâ€™ll all want to grab the most food!

As you progress through Bubble Bobble 4 Friends, youâ€™ll also run into some big bosses to battle. These fights will take place every ten levels, and will test your abilities, as well as any of the skills you unlocked from defeating other bosses in the game. For these boss battles, youâ€™ll be using your bubbles to slowly but surely deal some damage to the boss, so that you can eventually weaken it enough so that one more of your bubbles will manage to encompass it completely, so that you can burst the bubble and defeat it. 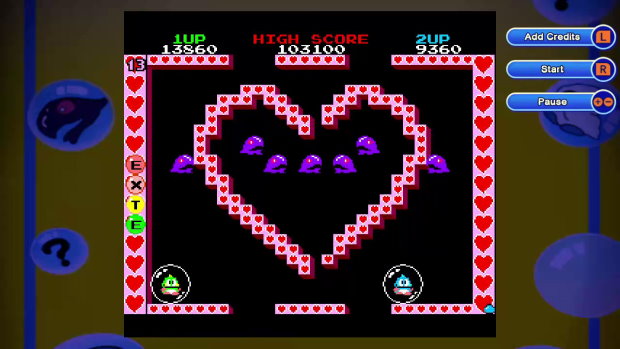 And on top of the 100 levels presented by Bubble Bobble 4 Friends on the Nintendo Switch â€“ split into 50 regular levels and 50 hard levels you can take on after completing the first set – this release also includes the original arcade version of Bubble Bobble that was released way back in 1986! Between having a whole other game available to play, as well as the drive to replay some worlds in Bubble Bobble 4 Friends so that you can get a three-star rating for quickly completing that world, as well as for getting a high enough score, youâ€™re going to be spending several hours playing this one on your own or with your friends. 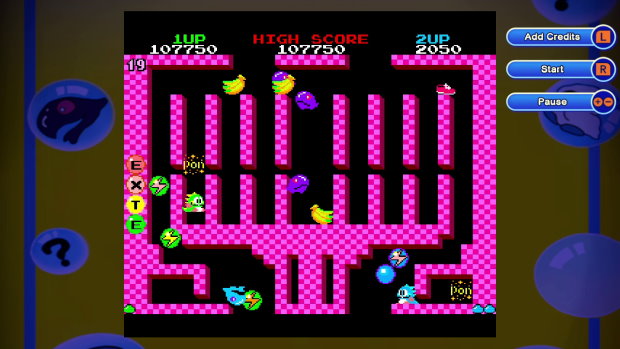 Bubble Bobble 4 Friends is a blast to play on Nintendo Switch. It certainly plays a bit with the nostalgia factor, since I was definitely reminded of all the time I spent playing the original, but it also evolves the series thanks to the local co-op multiplayer, the different skills you can unlock – and power-up by getting all EXTEND bubbles in a world â€“ make it feel like a fresh experience.

Disclaimer
This Bubble Bobble 4 Friends review is based on a Nintendo Switch copy provided by ININ Games.

Fun sequel that is a great single-player and multiplayer option