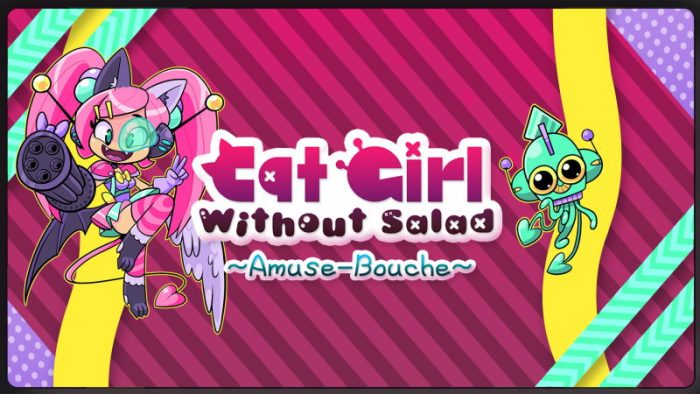 Cat Girl Without Salad started as an April Foolâ€™s Day joke from WayForward way back in 2013. Itâ€™s now 2020, and after becoming an actual real game and releasing as a Humble Monthly exclusive in 2016, Cat Girl Without Salad: Amuse-Bouche is now out Nintendo Switch! And yes, WayForward did go a bit overboard by releasing the game on April 1st, 2020, but itâ€™s a nice way of making all of this come full circle.

When it was first â€œrevealedâ€ on April 1st, 2013, WayForward said that Cat Girl Without Salad was a game that mixed elements from many genres, including puzzler, platformer, shmup, action, shooter, adventure, strategy, fighting, rhythm, arcade, horror, tactical, RPG, TPS, RTS, and visual novel. How did the Nintendo Switch version turn out? Did it hit all of those targets in one tight package? 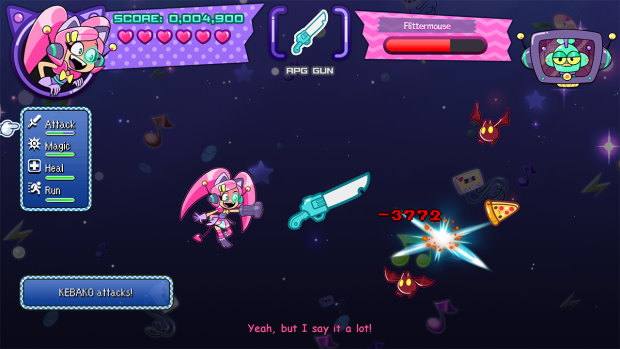 Before I talk about the actual game you can now download on your Nintendo Switch, hereâ€™s a look at the screen that WayForward shared during its original April Foolâ€™s post, for comparison: 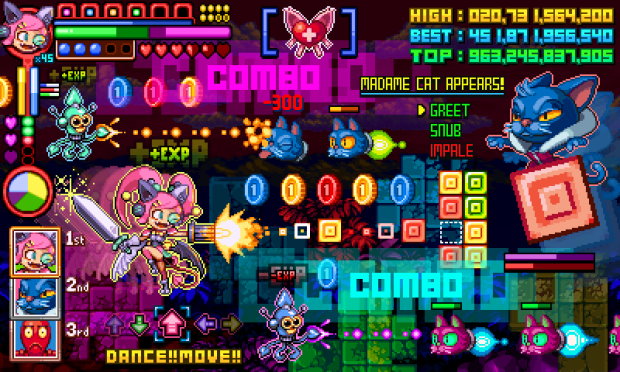 In Cat Girl Without Salad: Amuse-Bouche, you will take control of bounty hunter cat girl Kebako, who is voiced by actress Cristina Vee, who you might know from her roles as Sailor Mars in the Viz Media dub of Sailor Moon, as the titular Ladybug in Miraculous: Tales of Ladybug & Cat Noir, as Shantae in the Shantae series, Cerebella in Skullgirls, to name a few examples. She is a bit of a ditz, which is why she does not remember any of the bounties you are to hunt down, which will act as the three bosses you will face, each at its own galaxy.

The game is a shoot â€˜em up in nature and the way that many of the different genres mentioned in the original April Foolâ€™s announcement from WayForward are present by way of the guns that Kebako will use. Thereâ€™s a platformer gun, an RPG gun, a dance gun, a sports gun, an arcade gun, and a puzzle gun. As you defeat opponents, some of them will drop the different cartridges that will power up your weapon and turn it into one of the aforementioned specialized guns, depending on the cartridge type. The game has some of the rules of a bullet hell shoot â€˜em up, which is why Kebako will only be damaged if sheâ€™s hit on the bow tie she wears. 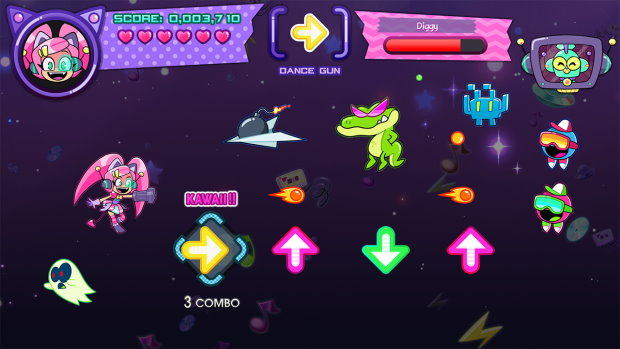 The controls are easy to pick up since youâ€™ll be moving Kebako in this shoot â€˜em up either with the left analog stick or the D-Pad, shooting with the B, A, X, and Y buttons. At the start, you will only have a pea shooter for a gun, which will deal regular damage to your opponents, but the pea shooter is not going to save the day for long! Each of the different cartridges that grant you a special gun which will have a distinct attack that you will need to make the most of to succeed in your mission. 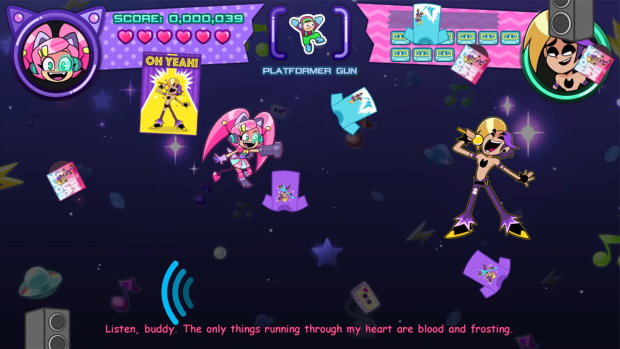 The platformer gun will shoot out an old-school style running character that will instantly remind you of the beloved Mega Man. Press the attack button once again, and it will jump! If it lands on top of an enemy, it will deal a ton of damage, boosting it forward, and thusly allowing you to have it do a regular jump or a higher jump to hopefully land on top of an opponent â€“ or at least have it crash into it. The RPG gun will present to you a battle menu on the left side from which you can select to attack with a sword, throw a magic potion that will deal a ton of damage, use a healing potion to recover some of your health or run away to safety to avoid some of your enemiesâ€™ attacks. The dance gun will introduce a Dance Dance Revolution interface, and you will need to press the A, B, X, and Y buttons to coincide with the arrows that will be pointing up, down, left, or right. 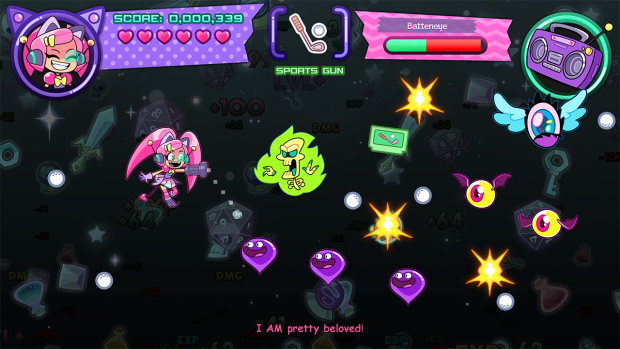 The sports gun will have you shooting out golf balls in different directions, depending on where the automatically moving pointer is placing. You can have up to five golf balls on the screen at once, so if they donâ€™t hit an enemy, you wonâ€™t be able to shoot out any extra balls. You can, of course, rush in and collect the balls youâ€™ve already shot so that you can shoot them out again. The arcade gun will shoot out a single Pac-Man styled character that will chomp at anything in its path. The last one is the puzzle gun, which will have you shooting out colorful spheres similar to the Bust-a-Move puzzle series. If you can match three spheres of the same color, the screen will be cleared of all enemies and attacks! 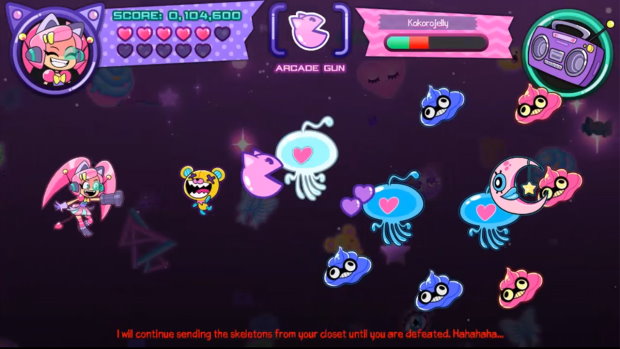 Cat Girl Without Salad: Amuse-Bouche is a very fun, eccentric, varied, colorful, charming, and crazy video game experience that you have to check out on Nintendo Switch. The game is out right now for only $7.99, and itâ€™s one you have to add to your collection. It has a solid presentation, fun gameplay mechanics, a voice-acted story, and enough content for its asking price.

Disclaimer
This Cat Girl Without Salad: Amuse-Bouche review is based on a Nintendo Switch copy provided by WayForward.