Thy Sword from GamePhase and Ratalaika Games is a side scrolling adventure platformer in which you must recover stolen crystals to bring peace to the world. Read more in our Thy Sword review!

Thy Sword is a retro inspired hack and slash roguelike with procedural generated levels. Pick from different hero types like the Barbarian and Valkyrie to break the tyranny of the Dark Overlord!

In Thy Sword, a Dark Lord and his minion have stolen five magical crystals, which has led to the world going downhill. Your adventure begins by presenting to you a choice between one of two characters: a Barbarian, which is a sword man with high endurance, or a Valkyrie, which is more agile and with whom it is easier to take enemies from a distance. More adventurers can be unlocked as you progress through thee game, so be sure to pay attention to any characters that walk into the screen, or who might be trapped inside of a cage! 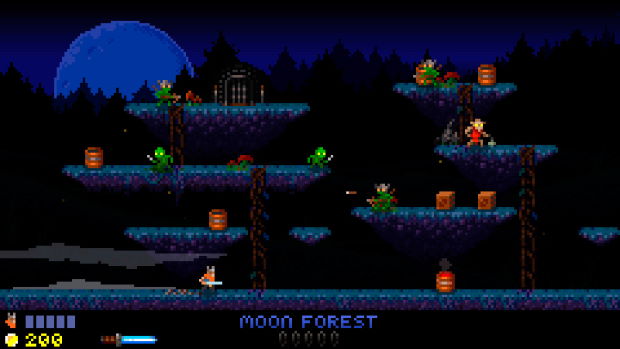 Once your main character is chosen, your adventure begins. You’ll get to a map of the continent and unlocked areas can be traveled. Once an area is entered, you’ll have to fight for five days (levels actually) by taking down every enemy on screen. Once they’re taken care of, the level door opens and you can go to the next “day”. There are three different difficulty modes offered as the game starts and take note that the actual difficulty is the same between the three different difficulty modes, but it differs by the number of lives and continues. On easy, you have infinite lives, up to hard which gives only one life to go though the whole campaign.

The gameplay is done by pressing the X button for Jump, and in a choice that felt weird to me, the Square button launches a special attack instead of the regular attack, which is in turn, strangely mapped to the R1 button. It was an issue for me because the special attack for the Barbarian requires a few steps to do, which is a bad surprise when you aren’t expecting it. This control scheme didn’t feel right in a side scrolling platformer. Luckily, the developer included a remap function which allows you to get a better mapping. Here’s my suggestion, write it down! Square mapped to the regular attack, Blocking mapped to R1 and the special attack mapped to L1. There, you can thank me in the comments. 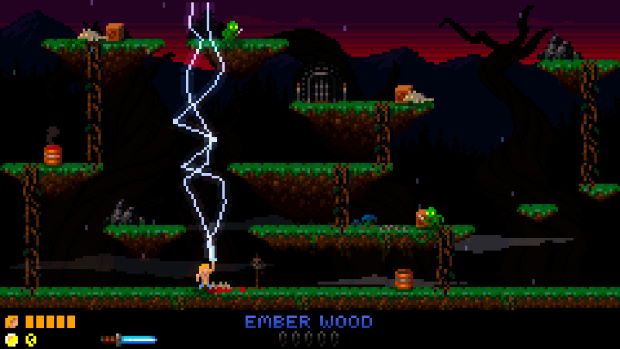 I liked also how the boss fights felt creative because it’s not immediately clear how we must damage them. A little bit of thinking is required at those moments. Once a boss is slain, his crystal is acquired. For their part, enemies are quite varied and I liked how some of them require special attacks to best them. We can also take a breather in the village which is available after each area by buying new weapons, and playing a fun Black Jack mini-game.

As for the game’s presentation, it is highly pixelated and was well done, but for me, the soundtrack eventually felt repetitive as I progressed through the campaign. Being an arcade-like game, I also liked how different events in the game triggers an arcade machine like display on the bottom of the screen.

As for the trophies, this Ratalaika easy game Platinum can be achieved in around one hour, by recovering the different crystals, destroying the last boss, and doing some easy feats through the campaign. 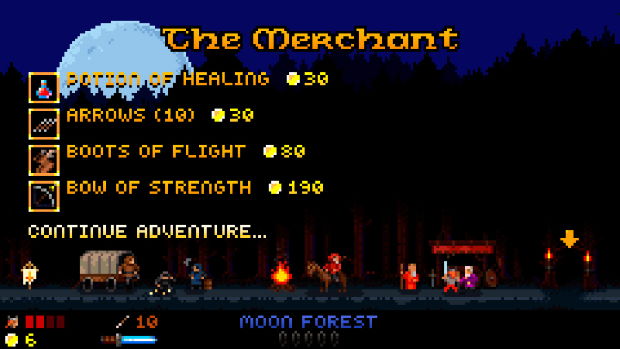 Thy Sword offers a small replay value in which you could replay the game a second time with the second character, or fight with friends in the couch multiplayer mode, but it does becomes redundant after a little while.

Final Thoughts
Thy Sword is a great new game from Ratalaika Games. I had some fun with it, and liked it’s arcade-like presentation, great enemy roster and creative bosses. This game is more expensive than most Ratalaika Games, but one that I can definitively recommend for its gameplay and easy platinum that can be achieved on both the PlayStation 4 and PlayStation Vita thanks to this game being Cross-Buy.

Disclaimer
This Thy Sword review is based on a PlayStation 4 copy provided by Ratalaika Games. 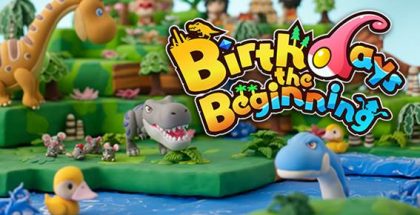