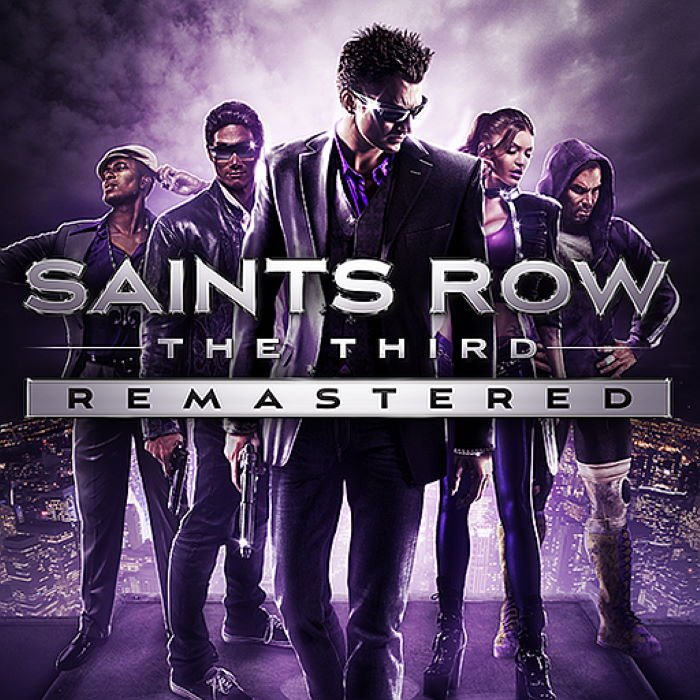 Saints RowÂ®: The Thirdâ„¢ â€“ Remastered gives you control of the Saints at the height of their power, and you live the life to show for it. This is your City. These are your rules. Remastered with enhanced graphics, Steelport the original city of sin, has never looked so good.

Years after taking Stilwater for their own, the Third Street Saints have evolved from street gang to household brand name, with Saints sneakers, Saints energy drinks, and Johnny Gat bobblehead dolls all available at a store near you! The Saints are the kings of Stilwater, but their celebrity status has not gone unnoticed. The Syndicate, a legendary criminal fraternity with pawns in play all over the globe, has turned its eye on the Saints and demands tribute.

In this third installment of the Saints Row franchise, the Saints have become famous for their extensive line of brand products… that is, until the Syndicate – a criminal organization – steps up to the place and demands a share of all the profits. Of course, the Saints ain’t having none of that, and thus a street war has begun.

Saints Row: The Third Remastered is my first dive into the whole Saints Row series, which can be described as an over-the-top sandbox experience that feels at first similar to the Grand Theft Auto franchise, but goes in a whole other direction. This franchise doesn’t take itself seriously, and it’s a pleasure to play in its world! This game includes a wide range of vehicles (cars, vans, planes, etc.), and a ton of weapons, so this game can really be played the way you want. 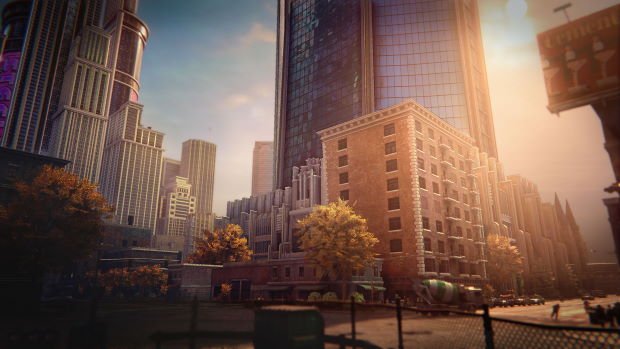 As the game begins, you are controlling a character who is robbing a bank. Then a helicopter comes in to pick up the safe from the bank. You’re fighting cops and SWAT members. Then you wake up on a plane, fight your way around it, to then free-fall! Right after this, the crew realizes that they’ve lost all their money to the Syndicate. This intro was over-the-top and gave me a great first impression of what was to come and how intense some missions can be.

As for the gameplay, Saints Row: The Third Remastered is an open-world and mission-based release. You can tackle missions in the order you want to, as long as you find them! I liked how the game was open from the beginning, and I found myself more than once just roaming (too fast) through the different sectors of Steelport. As you can expect, you can wreak havoc in the city, ramming other cars, or taking control of over-powered tanks and shooting at everything around you. 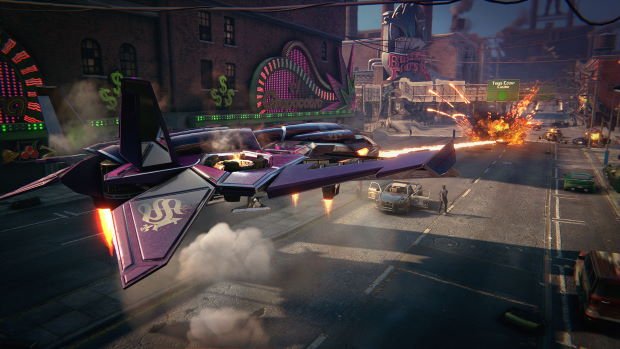 There’s also a game mode which I can’t name here without risking being flagged for inappropriate content, so I’ll let you discover this one yourself. This one is an arcade-like experience, with waves of “enemies” to take care of. I had some fun with this mode, but it’s certainly one that is not going to appeal to everyone.

The game is controlled from a third-person perspective, and it was easy and intuitive to pick up. Missions are varied and are fun to take on, and since you’re free to play as you wish, you can tackle each one with your weapons of choice. I liked how many missions also contains cinematic cut-scenes. When missions are completed, Respect is earned, which is, in turn, used to get better abilities and skills for your character. I liked how you can also purchase shops in the city to increase your presence and dominance over the rival gangs.

Saints Row: The Third Remastered also includes all DLC released for the original version of the game, and that includes both new content and customization outfits for your character. There’s a lot of content here, and you can even roam the streets dressed as a samurai, or a luchador. There are a ton of different customization options available, along with three mission packs: “Genkibowl VII,” “Gangstas in Space,” and “The Trouble with Clones,” each available right from the beginning. 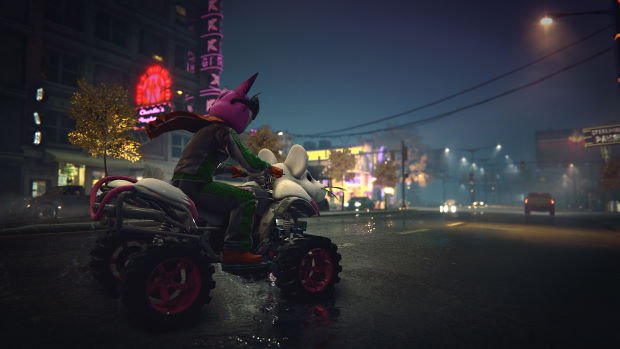 I was impressed by the game engine, as the graphics and landscapes are amazing to look at. Some character models do look like they were taken straight from a late Playstation 3 release, but it doesn’t change the fact that the city is beautiful. There isn’t any loading once you initially load the game proper, even when driving at high speed through the city. I liked how the game’s palette leans heavily on purple, which gives this game a very distinctive signature look and feel.

Final Thoughts
Saints Row: The Third Remastered is an impressive release, featuring an amazing presentation and all the content that had been released as DLC back when this game was on the PlayStation 3. I definitively recommend this game if you’re looking for a great sandbox to discover, along with all the craziness that makes the Saints Row franchise.

Disclaimer
This Saints Row: The Third Remastered review is based on a PlayStation 4 copy provided by Deep Silver.