Beyond PlayStationGame ReviewsMusic Racer
No Comments 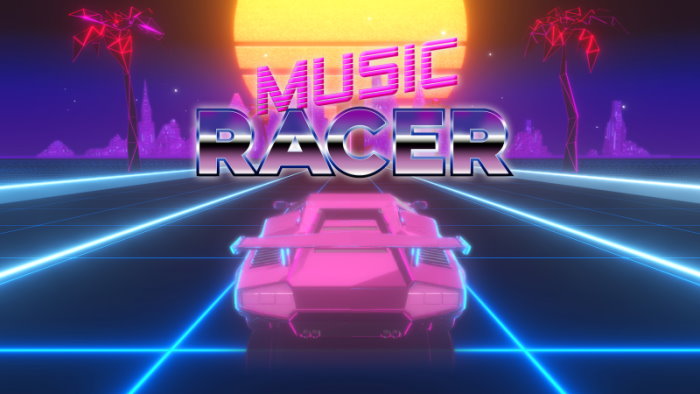 Music Racer from Sometimes You is a rhythm-based racer on Nintendo Switch. Learn more about it in our Music Racer review!

In Music Racer from Sometimes You, players are tasked with completing fourteens stages with 25 cars â€“ which you can customize â€“ wrapped in a neon-infused synth-wave heavy package. Depending on the song you select, a raceâ€™s speed and layout will vary, as you switch from lane to lane to hit the different beats that pop up on the back of the screen. As your car races towards the finish line, youâ€™re going to have to hit as many beats as possible to keep the car going strong until the end. 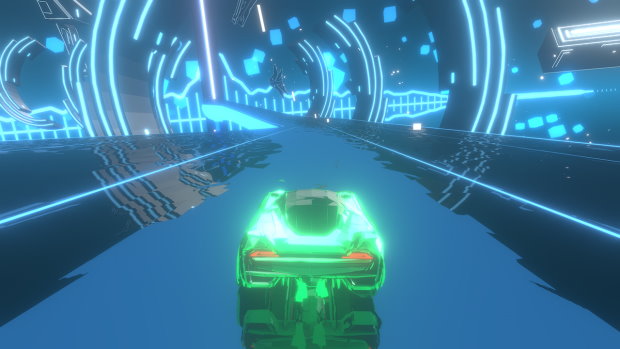 Youâ€™ll be moving your car around with the left analog stick or the D-Pad as you try to hit as many beats as possible during each run. At the end of the track, youâ€™ll get to see how many beats you managed to collect â€“ as well as notice the total number of beats there were on track. You will also see how big of a combo you managed to achieve and will be given a grade based on your performance.

The first thing you need to do is pause the action, and then move the Camera Distance option at the bottom of the screen all the way to 3, because otherwise youâ€™re going to be missing out on many of the beats on your path, and will end up crashing into a hazard. Why? Because unlike, say, the Guitar Hero games which featured a standard view of the â€œnote highwayâ€ so that you can always see what the upcoming beats are going to be, the camera for Music Racer is too close to the car, which is bad when you realize that the track weaves and bobs as you go, effectively blocking your view. Even after you change the camera distance, the way the track twists around will still block your view dozens of times during each race. I suggest you play most of the time using the Retro track, which is not as packed as other tracks and doesnâ€™t feature as menu curves. 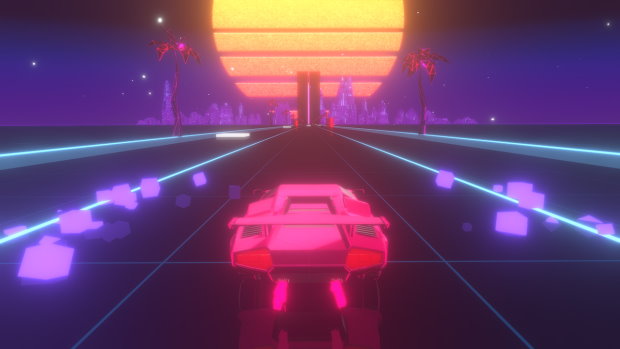 You can select from four different options for your race. Standard, as the name suggests, is the regular difficulty option for each track. Zen is a more relaxing option in which you can go for a ride on a stage without having to worry too much about collecting each of the beats since there will be no obstacles to avoid. Cinematic gives you control of the camera view so that you can pan it around your car as you enjoy the visual presentation. The last option is Hard, which bumps up the overall challenge, since if you make a mistake it’s game over, and you have to start over. 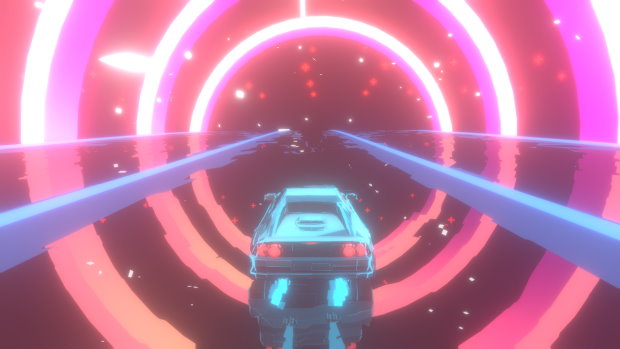 To unlock new stages, as well as new cars, you will need to boost your overall score as you race through the available tracks, using the 29 available songs. Each track and song combination will present to you a different layout, which means youâ€™ll need to take on some trial and error as you learn the beat progression for each combination. Some songs are harder than others, so be sure to take it slowly and try different combinations so that you can find the ideal difficulty curve for your skill level. 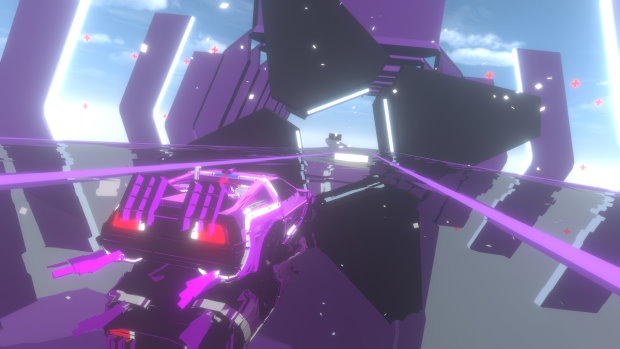 Music Racer is a game that has an interesting premise and a solid neon-infused look on Nintendoâ€™s console, as well as a great selection of songs to play, but, in the end, its hurt by the decision to have most of the gameâ€™s tracks weave and bob up down and all around, blocking playersâ€™ view during each race, which makes it pretty much impossible to get a high enough score during each run. If you stick to playing on the Retro track, you will certainly have a better time. Music Racer is out now on Nintendo Switch for a budget $6.99 asking price.

Disclaimer
This Music Racer review is based on a Nintendo Switch copy provided by Sometimes You.

Great looking but flawed rhythm game with a solid soundtrack 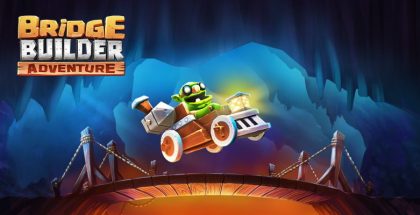