Many Faces is a retro inspired single screen shooter by Eastasiasoftand WANZUNGDEV. Find out more in our Many Faces review!

When you start the game, you’ll have a mandatory tutorial to complete before actually starting the game. This will take you through the basics. You move with the left analog stick and aim with the right one. The R2 button will be to shoot at your enemies, and the X button is for jumping. You can also roll with the L2 button to dodge enemy bullets, but this will make you lose your hat if you had picked up one. Hats are found inside a chest at the end of a level and can grant you special abilities like not falling from disappearing tiles or weapons such as a powerful flamethrower. 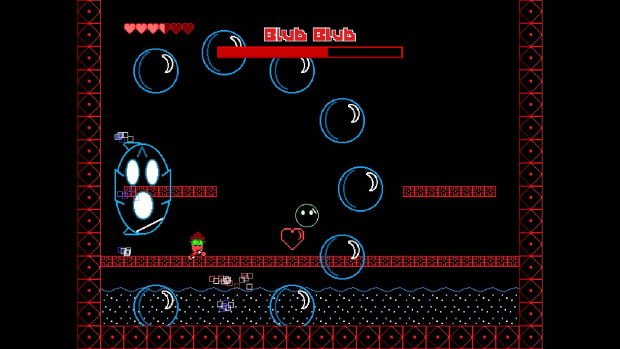 Once you start a level, your goal is pretty simple: eliminate all enemies. A second wave will appear, and once you’ve kill them, the level’s over. Enemies vary in form, movement patterns, and attacks, but are generally predictable. Some levels will have hazards, such as laser beams coming out of the floor or spike floors to avoid. Every four levels, you’ll meet a boss, until you get to the 17th and final level of the run for a battle with the final boss. After this, you’ll be able to start a new game that should give you a different playthrough since there are more than 50 level layouts in the game.

As I got through the first levels, I felt the game was simple yet fun, with a nice retro feeling to it. Then a few things started going wrong for me. When you kill all enemies in a level, a chest appears to mark the end of it. Opening it will drop a random hat that you can choose to take, or you can keep your existing one. The problem here is that once you’ve opened the chest, you only have a few seconds to decide what you want to do before a beam grabs you to end the level. This doubles as a problem when you try to press Triangle to see the hat’s abilities, and it shows both your current hat and the new one’s description, overlapping. 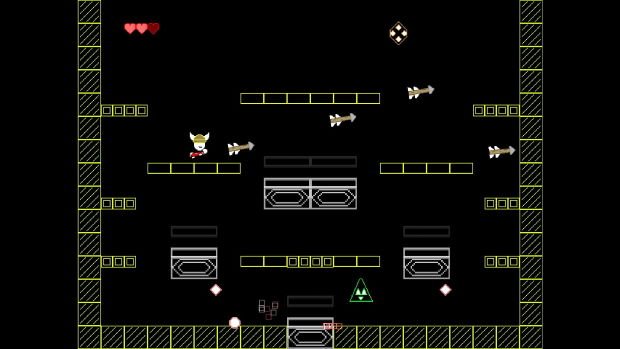 Other than that, I found the game to be way too short. It took me a little bit more than 15 minutes to beat the 17 levels to finish the game. While there are more level layouts, if you start a new game, there wasn’t anything truly exceptional to make me want to go at it again. It’s worth noting that 15 minutes or so was all I needed to get the game’s Platinum trophy. You’ll gradually unlock trophies as you play, with little to no effort required, until you beat a total of three bosses. In my case, I had the Platinum after the 12th level for that run. 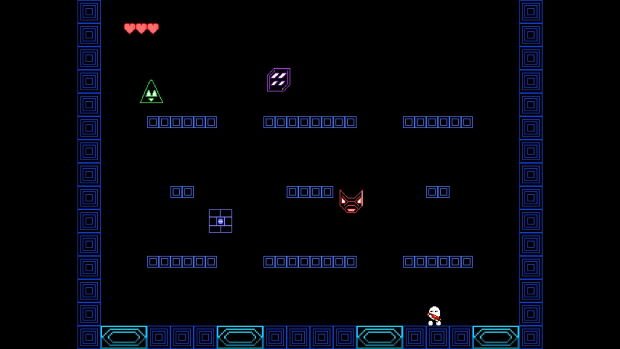 Many Faces starts out as a fun retro shooter, but quickly becomes repetitive, with nothing special that makes you want to come back for more. The good news, though, is that this is an easy one for trophy hunters that want a quick Platinum.

Disclaimer
This Many Faces review is based on a PlayStation 4 copy provided by eastasiasoft.

Single-screen twin-stick game that is a bit too simple