[Beyond PlayStation] Lucah: Born of a Dream Review 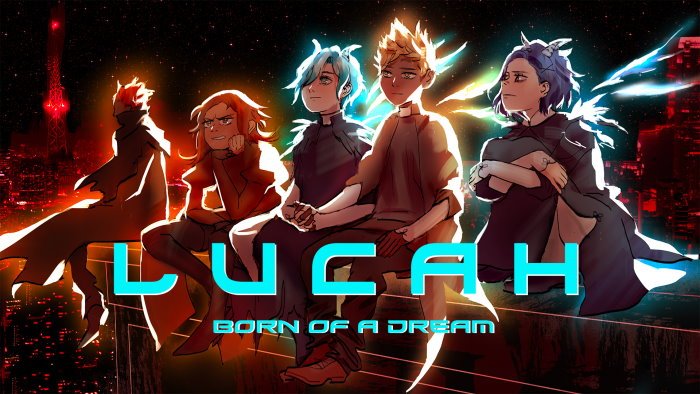 As soon as you boot up Lucah: Born of a Dream from melessthanthree and Syndicate Atomic, the first thing that is going to pop for you is the gameâ€™s art style. Everything has a hand-drawn look with sharp lines and many edges, and the colors used are truly psychedelic, with clashing reds, yellows, blues, oranges, etc. As soon as you wake up and start your adventure, youâ€™ll be going from battle to battle as you learn all of the gameplay basics that will help to keep you alive in this bizarre nightmare world. You have awakened a false god and must atone for your actions.

Youâ€™ll be able to select between the Normal and Hard difficulty settings for two parameters for your adventure. Thereâ€™s Sin, which will determine the strength of the nightmares youâ€™ll face during your journey. The other parameter is Punishment, which will establish how vulnerable your character will be to enemy attacks. You can change the difficulty at any time by going into the options menu and adjusting one or both parameters, in case youâ€™re feeling a bit overwhelmed by the Hard difficulty settings. 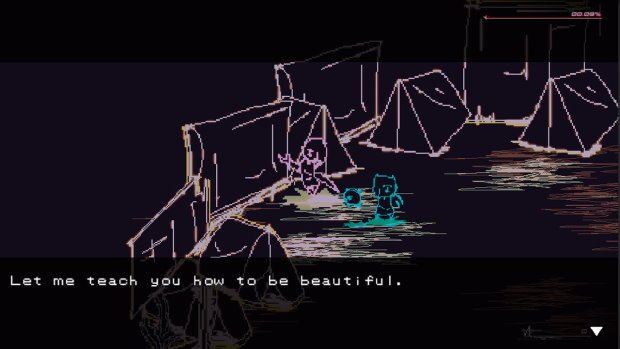 Youâ€™ll move your character with the left analog stick, analyzing things and talking to characters with the B button. The X, A, and Y buttons will be for your light, heavy, and familiar attacks. You can dodge with the ZR button to try and escape from danger. Dodge while moving towards an enemyâ€™s attack, and time it just right, and youâ€™ll be able to parry the attack, which will break the enemyâ€™s guard and open it up for a world of hurt. If you press and hold the ZR button, youâ€™ll also be able to sprint through areas. You need to plan your actions, because every time you dodge or attack, your Stamina will deplete. You can also press and hold down the X and A buttons to perform hold attacks, which will be more powerful but will use up both your Stamina and Charge.

If you run out of Stamina, then your character wonâ€™t be able to perform any actions and will need to wait for the Stamina bar â€“ which you can see in the upper left corner of the screen along with your Health and Charge barsâ€“ to refill for a bit. Familiars, on the other hand, will use some of your Charge energy with every attack. Charge can be recovered by hitting enemies with light and heavy attacks, so itâ€™s best for you to mix up your attacks so that you donâ€™t run out of Stamina or Charge. 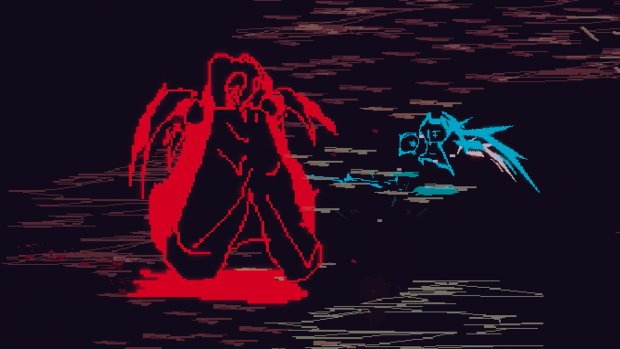 The items you collect can be checked and switched with the L button so that you can use them with the R button. You can open up your menu with the + button to check the mantras and familiars youâ€™ve collected so that you can equip what is best to get the job done. One of the usable items youâ€™ll find is Rewind, which will allow you to restart any of the encounters you face in Lucah: Born of a Dream, as long as you have enough uses left. This is a good option for when youâ€™re caught off-guard and end up losing too much health, or have run out of Stamina and are surrounded by opponents. After using Rewind, your Health and Charge will be restored to the values they were at when you entered the fight.

A special ability to consider is the Paradigm Shift, which is activated with the ZL button. This will allow you to switch between the different mantras you have, which act as the attack styles that your character will be able to use. Every mantra will have different properties, as well as different combos between your light and heavy attacks, so you should experiment around and see which one works best for each fight based on the opponents youâ€™re facing. This is going to be very important during boss battles, so be sure to pay attention to a bossâ€™ movement and attack patterns, so that you can find the window of opportunity for you to attack. 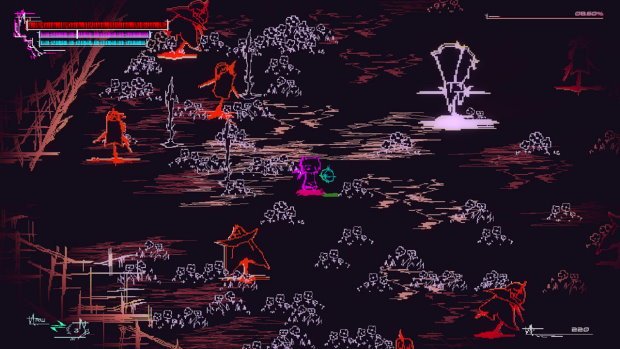 As you defeat the nightmares that youâ€™ll face, youâ€™ll be able to collect La, which acts as the experience points for Lucah: Born of a Dream. These can be used at the checkpoints â€“ which is where your health is restored, and your progress is saved â€“ to level up your character. Youâ€™ll be able to boost your characterâ€™s Hit Points, Stamina, Charge, and Power, which will have an effect on its health, overall length of the Stamina and Charge bars, as well as on how much damage its attacks will deal. But thatâ€™s not all youâ€™ll be able to get at checkpoints in exchange for your La! Thereâ€™s also the option of increasing the absorption for each light and heavy attack you land so that you can recover more Charge per attack to use your familiar attack or a hold attack, or to boost how fast your Stamina will recover between actions. Checkpoints will also allow you to travel to and from other checkpoints youâ€™ve unlocked. 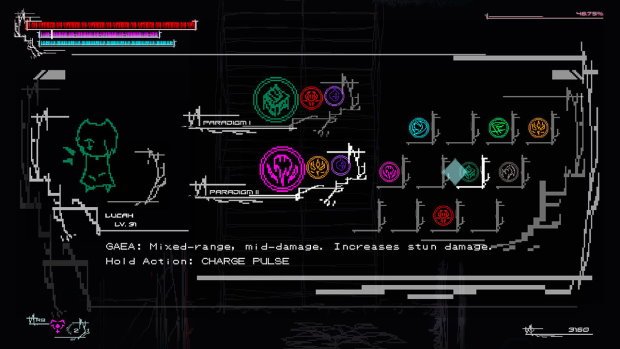 On top of these, you can also unlock Virtues, which are special abilities youâ€™ll need to equip to your character by pressing the + button. These include things such as Perceptive, which will allow you to see an enemyâ€™s overall health, or Unstoppable, which makes it possible for lethal damage to not kill your character, a very powerful ability that can only go into effect once per battle â€“ it will also when you are at full health or right after using a Rewind item. You will need to plan what Virtues to equip, because youâ€™ll have a set number of virtue points to assign, and once you donâ€™t have more virtue points, then you canâ€™t equip more Virtues. You will find items that will boost your total virtue points, but youâ€™ll still need to juggle which ones youâ€™ll activate for each area.

Lucah: Born of a Dream is a very fun game with a unique look that makes it stand out on Nintendo Switch, which, along with tight gameplay mechanics and a good challenge that increases at a steady pace as you progress through the game, will keep you engaged for the many hours it will take you to complete all tracks â€“ stages â€“ for the game. Death is only part of the journey, so youâ€™ll have you get up after each time you fall before your time in this nightmare world is over. Lucah: Born of a Dream is out now on Nintendo Switch for $14.99.

Disclaimer
This Lucah: Born of a Dream review is based on a Nintendo Switch copy provided by Syndicate Atomic.

Challenging and fun action RPG with a very unique look 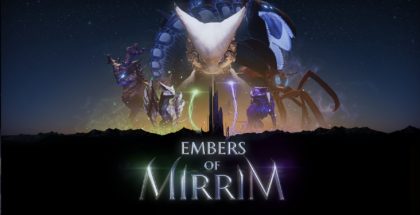