Robozarro by EastAsiaSoft and Frozen Flame Interactive tells the story of two robots on their quest to solve the disappearance of Dr. Zarro. Learn more in our Robozarro review!

The story starts with two robots, B0-3 and 0-Ramatron, talking on a communicator with Fix, another robot that tells them they can come to retrieve their “supplies.” Those supplies are what they need to start the next phase of their plan. After picking them up, you’ll find out that they only needed them to trick Chief, a robot officer that seems to be up to no good. They use this to get access to the sewers, where their quest will begin. 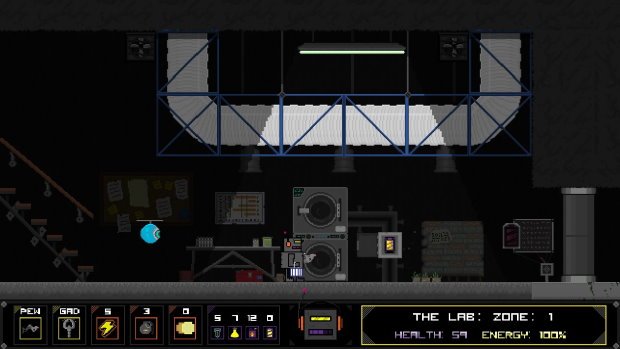 The game plays as a 2D side-scrolling game. You move around with the left analog stick and jump (or double jump) with the X button. Once you gain access to weapons, you aim with the right analog stick and shoot with the R1 button. Holding down the R2 button will release a charged shot of the equipped weapon, using energy that replenishes over time. Once you gain access to tools, like the Robo-Claw that grabs onto the ceiling and pulls you up, you’ll be able to use it with the Square button. When you get multiple weapons and tools, you’ll be able to switch them around by holding down the L2 button to see your weapon wheel. 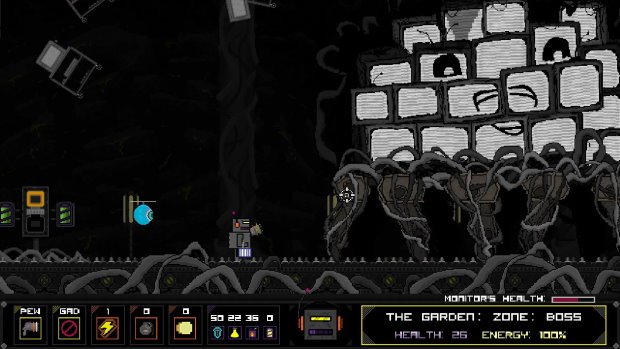 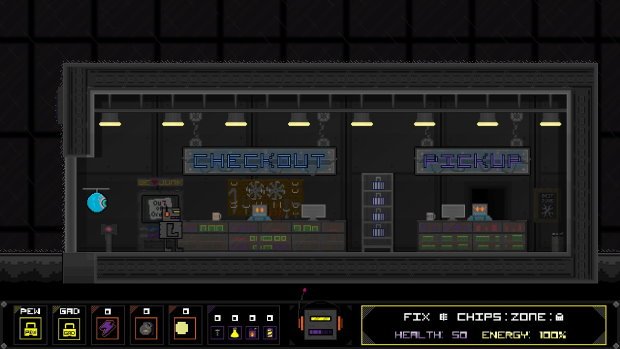 The visuals of the game feature some generally darker tones for the city of Mech Angeles, with some occasional more colorful details, sprinkled in here and there that put emphasis on a few things, such as the green ooze you’ll see below as you fight the first proper boss in the game down in the sewers.

Once I learned all of the controls for the game, I found it to be a simple but fun experience. Mind you, fighting the enemies was not stellar since I just ended up blasting at them with no real pattern to learn for avoiding their hits. Each of the levels was rather short, so if you end up dying in any of them, it’s not a huge pain to start that part over, since there are some helpful checkpoints you’ll be able to use as well. 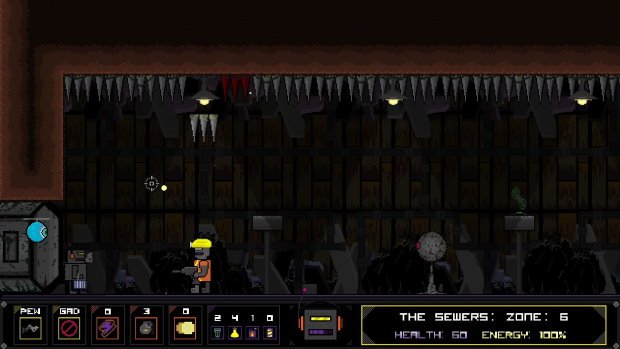 From a trophies perspective, the Platinum should be yours in about an hour with little to no effort. The only trophy that could be sorta missed, even though it’s highly unlikely, is the one you get for grabbing 20 objects with the Grab ‘N Blast weapon, which is easy to get within minutes of obtaining this new upgrade.

Robozarro has some interesting concepts, but none that haven’t really been seen before in other games. If you’re looking for a quick Platinum, though, it’s definitely one that’s worth purchasing.

Disclaimer
This Robozarro review is based on a Playstation 4 copy provided by eastasiasoft.