La-Mulana 1 + 2 is a new compilation from NIS America that brings both most-excellent Metroidvania to Nintendoâ€™s console. Learn more in our La-Mulana 1 + 2 review!

NIS America has made the excellent decision to give us Nintendo Switch releases for La-Mulana and La-Mulana 2, which is certainly great since theyâ€™re both some of the best â€“ and more hardcore â€“ Metroidvania games in the beloved genre. La-Mulana was originally released in Japan way back in 2005 as a game that set out to emulate the look and feel of old-school MSX video games. It was later remade by NIGORO, giving it a still very old-school look and feel with a 16-bits boost, giving us something more similar to what we would have seen on the Super Nintendo Entertainment System (SNES) a while ago. It is this version that we ended up getting on the Nintendo Wii by way of Wiiware, and one I got a chance to review.

The Wiiware version of La-Mulana had a troubled path towards its eventual digital release. It was first set to be released by publisher Nicalis, but those plans were, for some reason, eventually canceled, which was a shame since La-Mulana is an excellent hardcore Metroidvania experience. We were lucky that publisher EnjoyUp ended up picking up the pieces to give us the game on Nintendoâ€™s Wii console at a 1,000 Nintendo Wii Points price point â€“ that would be $10. It was a 480i (480p if you managed to secure the very rare Nintendo Wii component cables) 4:3 2D adventure that tested your skills with every step you take, every move you make.

Your adventure starts when our fedora-wearing and whip carrying hero Professor Lemeza arrives at La-Mulana, an ancient place that holds the secrets to mankindâ€™s history. Itâ€™s also packed with traps, animals, bugs, monsters, treasure, and huge bosses to defeat. The first step to take will be to meet with the village chief since heâ€™ll have a very important piece of software for you to install on your portable computer: an email software! This will allow you to receive emails so that you can learn new information as you go. This is not the only piece of software you will install, so be sure to save up so that you can purchase more software â€“ as long as your computerâ€™s RAM can support the combination. 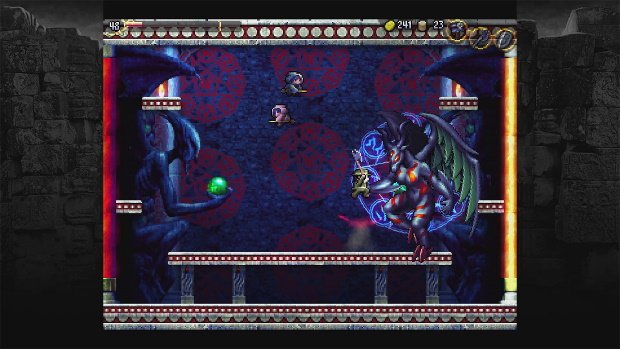 There is a nice variety of software for you to install on your portable computer, with some highlights including the Portable Scanner, which, as the name suggests, allows you to scan ancient writings â€“ which is needed for using the save points in the game. This pairs nicely with the Glyph Reader, which will be needed for reading the ancient writing found all over La.-Mulana. Add the Yagoo Map, which allows you to read the different maps youâ€™ll find, and youâ€™ll be off to a great start for this 2D action-adventure.

You need to be extremely careful as you explore La-Mulana because one wrong step and youâ€™ll be dead. There are traps everywhere, and between those and the many enemies youâ€™ll have to fight, youâ€™re going to die a lot during the dozens of hours youâ€™ll spend playing this excellent adventure. To be able to progress through the game, youâ€™re going to have to collect â€“ and always carry with you â€“ a lot of weights. These will be used for activating mechanisms, unlocking treasure chests, and opening the many paths youâ€™ll have to take to see everything that La-Mulana has to offer. 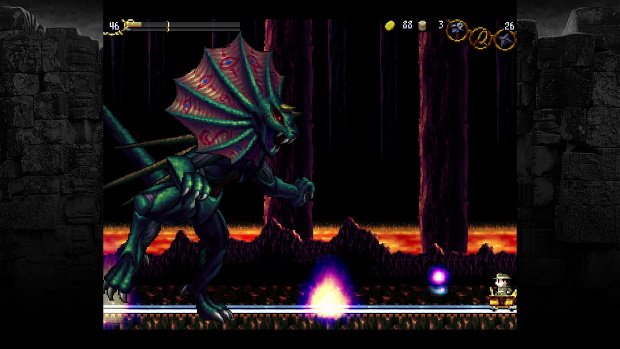 Professor Lemeza starts out with a whip, which is a must for all fedora-wearing explorers, but if you want to survive during your time with La-Mulana, you better search high and low for new, more weapons that can make a huge difference when going up against the many foes – and bosses â€“ that will stand in your way. The new weapons â€“ and sub-weapons â€“ that you find will have different attack speeds and damage stats, so be sure to try them out so that you can find the ones that work best for your playing style. 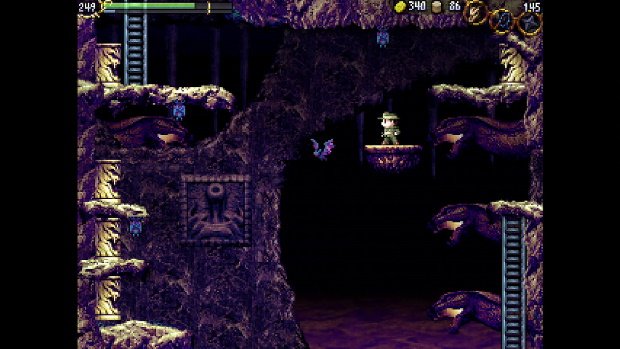 You can â€“ and definitely should – get the soundtrack discs for La-Mulana straight from NIGOROâ€™s Bandcamp page by clicking right here. There are four discs for you to purchase, each one at a very respectable $4.99 asking price, and you can also go download liner notes for the soundtrack, a jacket image, a CD label image, and the original soundtrack score books so that you can print these out in case you want to have physical versions. To download these extras, be sure to click right here.

As for the second game in the series, it was taken to Kickstarter by Playism way back in 2014, with a $200,000 goal. By the time the campaign was over, the project had secured over $265,000 in funding thanks to the support of 5,200 backers. Six years later â€“ and after over 200 Kickstarter updates â€“ the sequel has also landed on the Nintendo Switch. This time around, itâ€™s the turn of Lumisa to take on a brand-new adventure, exploring ruins just as deadly as those explored by renowned archaeologist Lemeza Kosugi. 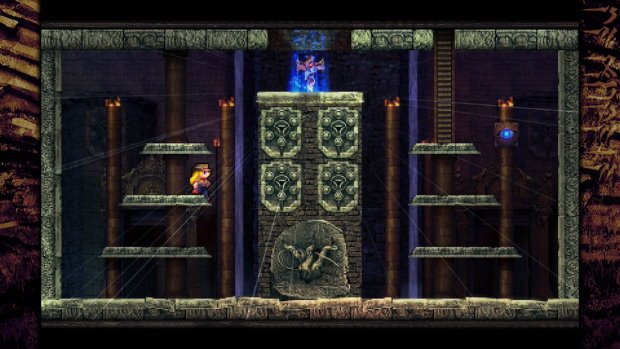 Lumisa is actually Lemezaâ€™s daughter, and youâ€™ll get to play as her as you take on a very important quest: to find the missing Lemeza! This will make you explore Eg-Lana, which is an upside-down version of the legendary La-Mulana ruins. Even if youâ€™ve already played â€“ and beaten â€“ the original La-Mulana, sequel La-Mulana 2 will do a great job of showing you how good you really are. The difficulty is certainly dialed up to 11, so even those of you who have a lot of experience with the Metroidvania genre might end up having a hard time beating this one.

The best way to describe sequel La-Mulana 2, is that it does everything that prequel La-Mulana did, while also doing a lot of things even better. The gameâ€™s presentation has now moved into the widescreen realm of more modern video game releases, and there seem to be more bells and whistles thrown in to give us a bigger adventure with some extra attention to detail here and there. There are more NPC to meet and interact with, bigger ruins to explore, more items and software to find, more enemies and bosses to beat. 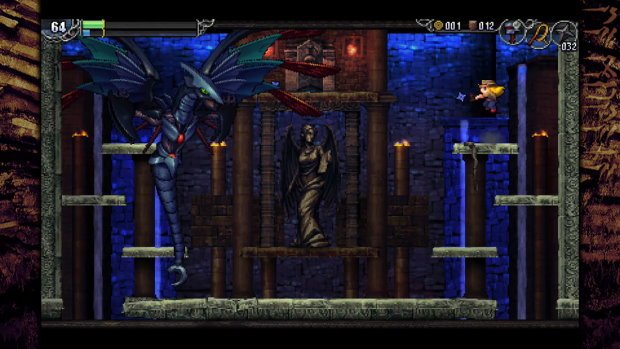 Trial and error are still very much the name of the game since youâ€™re going to have to learn the hard way by taking chances and risking your life in every room that you explore because you never know where a pressure plate might make part of the ceiling fall on top of you, or when a blind jump will have you fall to your death. You might end up spending dozens of hours trying to find the right path towards your next destination, only to die a gruesome death, forcing you to have to repeat the entire section. 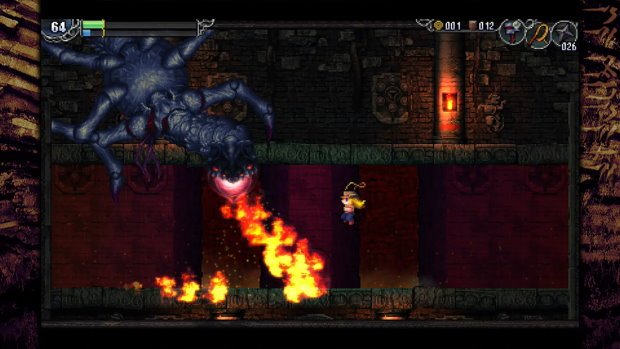 You can get La Mulana 1 + 2 straight from NIS America in a Limited Edition physical release that includes a physical Nintendo Switch cartridge with the games, a physical art book, a physical soundtrack CD, as well as a physical jigsaw puzzle, or you can get games as separate digital downloads on the Nintendo eshop with a $14.99 asking price for the first one and a $24.99 price tag for the second one.

Disclaimer
This La-Mulana 1 + 2 review is based on a Nintendo Switch copy provided by NIS America.

Great collection of a pair of excellent Metroidvania