Game ReviewsRock of Ages
No Comments 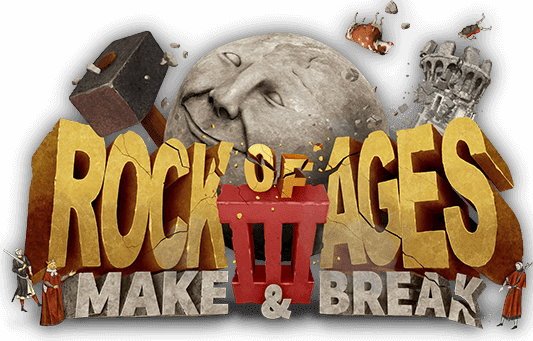 Tower defense/roll a rock to wreak havoc video game Rock of Ages from Ace Team was originally released way back in 2011 by publisher Atlus on PlayStation 3. The main objective for Rock of Ages is to use a giant boulder to roll it down to your enemy’s castle so that you can use said giant boulder to attack and destroy it. Along the way, you’ll have to avoid some obstacles that will damage your rock, which will be placed in a tower defense style way. You can do the same against your opponent, as you use your defenses to keep your side in top shape. The PlayStation 4 sequel, Rock of Ages 2: Bigger & Boulder, was also published by Atlus back in 2017, with a Nintendo Switch version following in 2019 under publisher Sega.

It’s now 2020, and we have just received a third entry in the series called Rock of Ages 3: Make and Break. The game is being published Modus Games and was developed by Ace Team and Giant Monkey Robot, and it’s out now on PlayStation 4 and Nintendo Switch. I got a chance to review the second game in the series back in 2017, which was a fun experience, so I was definitely up for reviewing the third game since it set out to give us more of the same â€“ which in this case is definitely a plus â€“ with the same humor and art style that will remind you of the excellent Monty Python. 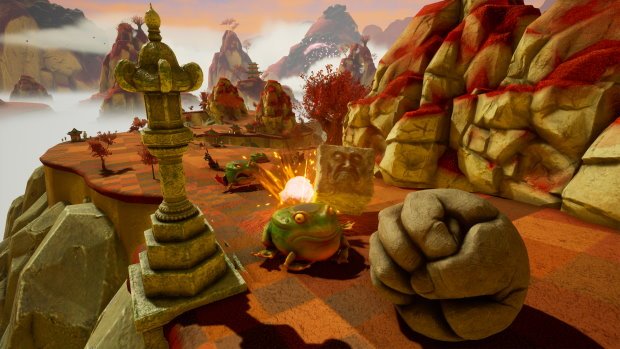 The game is called Rock of Ages 3: Make and Break, and that’s because this time around, on top of being able to wreak havoc and destroy everything in your path, the third entry in the series also includes a handy level editor! That’s right, you can go into a mode where you will be able to select a new map to create your stage â€“ or edit a map that you might have previously worked on for a bit. You can select which game mode your level will be playable in â€“ Obstacle Course, War, Skee Boulder, or Humpty Dumpty, select a name for it, as well as pick the overall theme for the stage’s look based on the sixteen available options.

Since creating a level will be a very new experience, the game will kindly send you into a mandatory tutorial so that you can learn as you make. The options for you to interact with your creation will be set on the left side of the screen. As you interact with the yellow circles on the map â€“ which are called nodes â€“ you will get different options for you to act upon. You could, for example, pick a node to then select the track option so that you can place the track over which you and others will be playing. You might make a mistake or two as you create your stage, so if you need to undo the last action you made, just press the Triangle button. If, after making a mistake, you realize it was not a mistake, you can undo the undo by pressing the L2 and Triangle buttons.

Once you’re happy with the placement of the level’s track, the obstacles, decoration, units, etc., you can press the Square button to be able to play your level so that you can see if it’s really as good as you think it is. If you’re not happy with this, that, or tuna, and end up making some slight edits over there and into hell, you can press the L2 and Square buttons to start playing your level from where your cursor is located, so that you don’t have to replay the whole stage just to test a handful of quirky edits made on a whim. Once you’re happy with everything, and have played your level from start to finish and completed it, you’ll be able to save and upload your creation for the world to see. 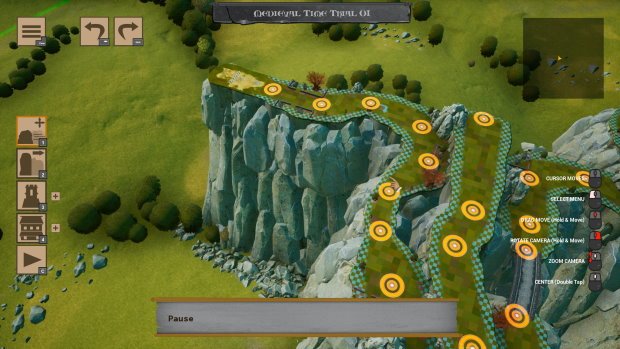 The Break part of the name is where you will get to take on the Story Mode or check out the Community Levels section to check out what players from around the world have done when their free time and creative juices mingle and simmer. In the Community Levels section, you’ll be able to check out levels grouped by popularity, rating, or how new they are. Once you decide what stage you want to play, you will be able to take it for a spin to see how your experience goes, so that you can then rate it accordingly to help other players stay clear from duds as you check out all the hot stuff.

Because there are two different gameplay options for the Story Mode for Rock of Ages 3, the game’s controls will be different depending on which mode you’re playing. When in Construction Mode, you will move the camera with the left analog stick, rotating it and zooming in and out with the right one. You can select units with the L2 and R2 buttons, rotating them with the L1 and R1 buttons. Once you’re satisfied with their location, you can place them with the X button. If you need to sell a unit, you can do this with the Circle button. Once you’re ready for some rolling action, you can launch your boulder with the Square button. When in Boulder Mode, which is what you would expect from its name, you will be moving your boulder with the left analog stick, rotating the camera around with the right one, and jumping with the X button.

Your journey will commence with the titular Rock of Ages under your command, but as you progress through the game, you will get to unlock more than 20 additional boulders. Each one will have different stat parameters for Strength, Speed, Acceleration, Damage, and Weight, which you will need to consider as you pick your boulder of choice because said stats will have an impact on how the boulder rolls down the course, how easy it is to slow down to take a curve before falling off the track, how fast you can get it back to its top speed, and how much damage it’s going to deal to your opponent.

Every obstacle and unit you place on the playing field will have a cost attached to it, and the more powerful it is, the more expensive it will be to deploy. You’ll need to set aside some money to place some special units on top of mining spots so that you can get some extra money for buying more units for each subsequent round because if you don’t plan things right, you might find yourself with no units left and no money to replace them! At least destroying enemy boulders will also reward you with some money, and there will also be a bit of money to collect as you roll your boulder. 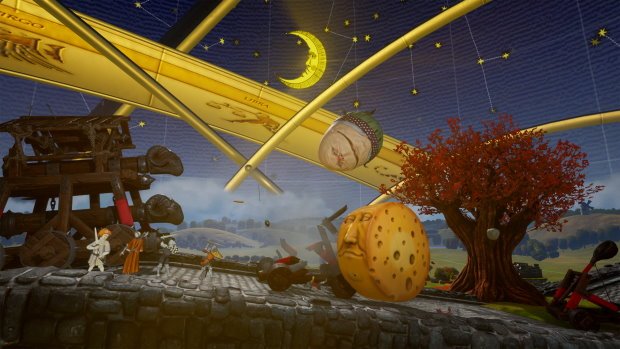 As for the trophies, Rock of Ages 3: Make and Break has a full trophy list with a Platinum trophy for you to add to your collection, and it’s not going to be a short experience thanks to several of the trophies being tied to the ranking system, which will ask that you go up to earn the Squire, Knight, Lord, King, and High King medals. Other trophies are unlocked by progressing through the Story Mode, with a handful set for completing some miscellaneous objectives. Oh, and you also need to get all Bronze, Silver, and Gold medals in the Time Trial mode, as well as complete all of the Humpty Dumpty challenges, in which you’re going to have to get very good at rolling your fragile “boulder.”

Rock of Ages 3: Make and Break is just as fun â€“ and funny – as its predecessor, and it improves on the formula by adding some extra gameplay mechanics, as well as a new level editor that will allow you to create your own stages, while also being able to play the hundreds of levels that players from around the world are building. The one complaint I have about the game is that the text is tiny, forcing you to sit very close to the TV screen to be able to read everything â€“ and effectively making it a huge pain when you try to play this one via remote play on the PlayStation Vita’s smaller screen. Hopefully this is something that is patched by the team since a small bump in the text’s size would go a long way.

Disclaimer
This Rock of Ages 3: Make and Break review is based on a PlayStation 4 copy provided by Modus Games. 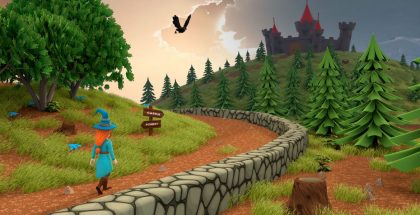 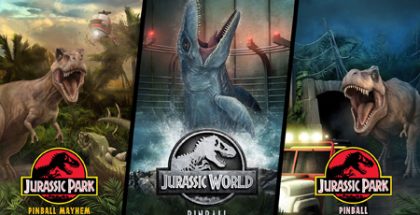 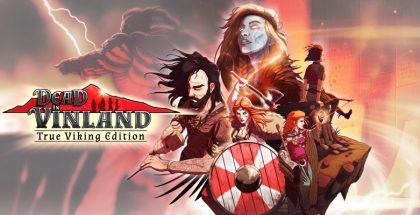 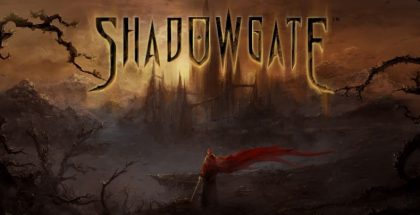