Zero Strain from eastasiasoft is a fast-paced shooter in which you control spaceships known as Catalysts, aiming to restore power and protect yourself from The End. Learn more in our Zero Strain review!

Zero Strain starts with you meeting Aleira, the keeper of the energy station. The End came and took away everyone but her, so she is in desperate need of help from someone who can fly the powerful Catalysts. She is able to warp you to other dimensions so that you can gather the required light echoes that will power up the station and help protect it from The End. After a brief explanation from Aleira on how to pilot a Catalyst, you are off to your first mission to help her! 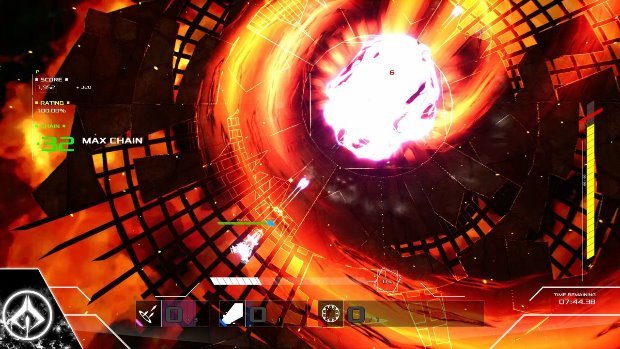 The game plays from a top-down perspective, and each level will consist of different waves of enemy youâ€™ll have to defeat. Depending on the mode youâ€™re playing in each stage after a wave is defeated, the floor might break, or you might get a short break as you defend a core before more enemies are sent, or youâ€™ll be fighting against a deadly boss. To shoot, you have to hold the Square button as you move around with the left analog stick. Bullets will be aimed at enemies that are close to you. The R2 button serves as a dodge button to avoid bullets as you boost around a stage.

Each Catalyst you will get to pilot comes equipped with three unique special weapons, which are charged as you kill enemies. You use them by spending a charge, and pressing and holding down the L2 button to then press the Square, X, or Circle button, depending on which special weapon you want to use. As you move around, destroy enemies, and dash dodge, youâ€™ll also build a meter that will automatically release a Synchro Burst once itâ€™s full. This move will damage all enemies while also restoring all your health. 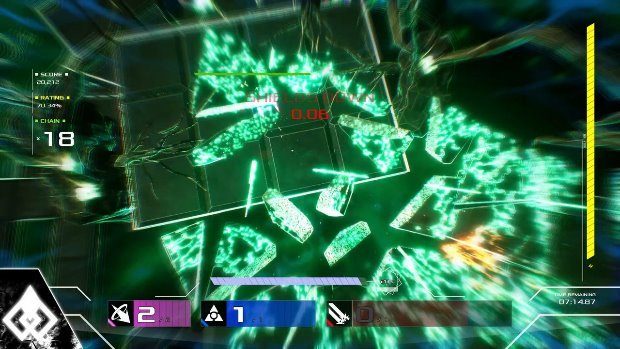 Levels will end with you collecting a Light Echo, which you can use to power up the energy station, which serves as the gameâ€™s hub. The more you increase the stationâ€™s power level, the more levels you will unlock. Thereâ€™s also the possibility of unlocking new Catalysts for you to control once you have managed to collect enough Catalyst shards. Since each Catalyst can only acquire one light echo per level, youâ€™ll have to revisit previous levels with different catalysts if you want to progress further in the game.

This gameplay element is actually something I really enjoyed during my time with Zero Strain. Unlocking new Catalysts obviously makes you eventually prefer playing with one of them over the others, but the fact that you canâ€™t just farm previous levels with the same ship over and over again, does force you to play with the other Catalyst, thus having to use different strategies since each Catalyst plays a bit differently from the others, and the special weapons tied to each one will keep you trying out new things. 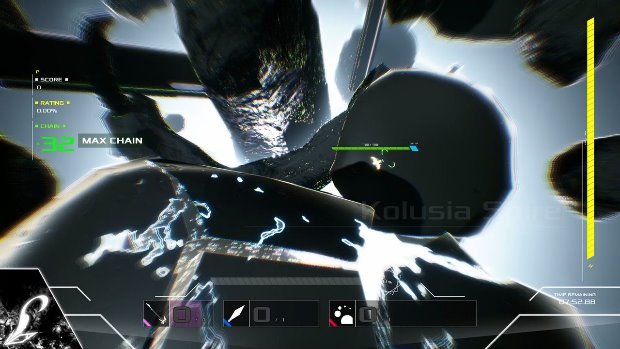 Each level you play unlocks a subsequent level that is a fight with a super strain, which acts as the gameâ€™s bosses. Although all are original in their designs, I didnâ€™t actually find much to do differently when taking on a super strain with one Catalyst or another. The boss fights were mostly a shoot â€˜em up fest, with players required to always dash and dodge at all times to stay alive, all until the super strain has been destroyed.

From a trophy hunting perspective, itâ€™s going to be a rather short and straightforward way towards the Platinum trophy. For starters, you only have to get to and complete the gameâ€™s sixth level, which is the third boss battle. After that, itâ€™s mostly going to be a matter of replaying previous levels with different Catalysts until you have managed to acquire a total of 12 light echoes. On top of this, youâ€™ll have to destroy a total of 1,00 enemies. Do all of this, and the Platinum will be yours, which could take you as little as one hour. 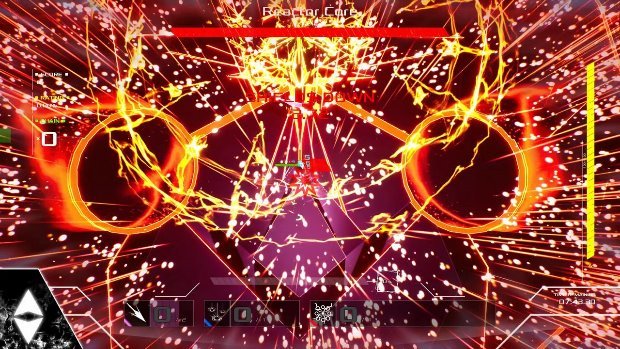 Zero Strain is a pretty fun and fast-paced title on PlayStation 4. It was a bit weird that you canâ€™t directly aim at enemies, with the game aiming automatically for you by focusing on the enemies nearest to your Catalyst. Zero Strain is out now on PlayStation 4 with a $9.99 asking price.

Disclaimer
This Zero Strain review is based on a PlayStation 4 copy provide by eastasiasoft.