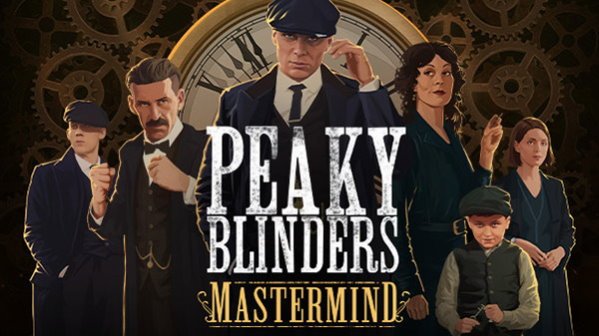 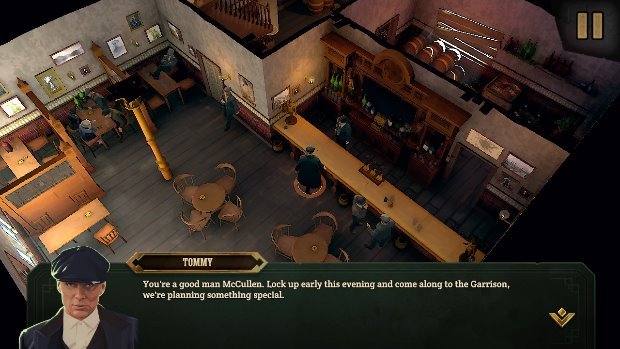 In Peaky Blinders: Mastermind from Futurlab and Curve Digital, you will experience a puzzle adventure set as a prequel to the first season of the multi-award-winning BBC and Netflix TV show. This means youâ€™ll get to experience the events in Birmingham, during the aftermath of the Great War, as Tommy rises to become the leader of the gang. With Mastermind right there in the gameâ€™s title, youâ€™ll be working through each scenario as you plan every move so that each characters abilities can be put to good use as you make the most of the time youâ€™re given to complete each objective. While the game doesnâ€™t have any voice acting, the likeness of the actors from the show has been properly licensed, giving fans of the series just what they need.

You can play either in the Standard difficulty, or ramp up the challenge by playing in Hard. For Standard, you will get the normal overall Peaky Blinders: Mastermind experience, with some occasional waypoints helping you get back on track as you explore Small Heath. If you decide to go for Hard, you will take on a more difficult experience without any waypoints, and will need to make every action count. 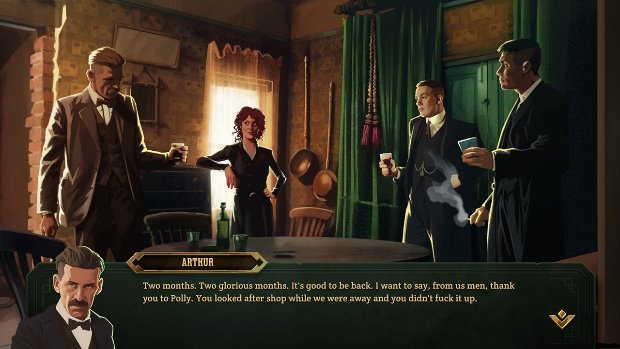 Youâ€™ll move each character with the left analog stick, turning the camera as needed with the right one. You can cycle between characters by using the D-Pad, and youâ€™ll be interacting as needed with the A button, giving items to other members of your group with the Y button – which is important since each character can only carry one items at a time. The good news is that youâ€™ll be able to manipulate time, so youâ€™ll rewind time or move it forward with the ZL and ZR buttons, respectively. This will allow you to orchestrate delicate plans that will require every member of your group to use their special abilities, so that theyâ€™re executed at the right time.

At the bottom of the screen, you will get to see the overall timeline for a mission. If youâ€™re caught by any guard or by members of a rival gang, you wonâ€™t be getting a game over, per se. You can rewind time, learn from your mistakes, and readjust your plan accordingly. This can be done by something as simple as having one character take a different route, or by having another one use its special ability at the right time to, for example, distract a guard so that you can have another character push forward so that you can complete your objective. 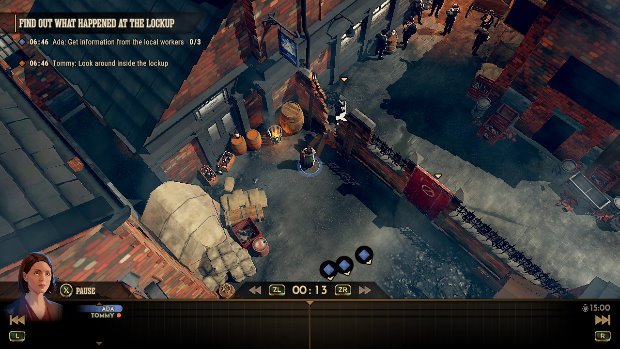 Time is not going to be your ally as you play through Peaky Blinders: Mastermind. Thereâ€™s an overall time limit you need to always keep in mind for each mission, because youâ€™ll have to complete all objectives before the clock stops. You can also try and aim to complete a mission within specific time limits to earn a Bronze, Silver, or Gold rating. The first mission will act as a tutorial that will teach you the basics, so odds are you might be able to get a Gold rating on that one. As for the rest, if you want to get Gold on every single mission, youâ€™ll probably have to replay some of them once you already know what youâ€™re

Each mission will have different objectives for you to complete, which can include things such as reaching a specific area, gaining access to a building, defeating some thugs, locating an item, manipulating the environment, or doing something with a specific character – or characters. Since time is of the essence, you might want to pause the action for a bit, so that you can scout ahead for a bit and get a better idea of what is going on and what needs to be done.

Each characterâ€™s abilities are going to be heavily used in order to succeed. For example, and without spoiling things too much, Tommy can persuade some people in Small Heath. If you spot someone you can persuade, approach them and interact with the A button so that you can control them for a short period of time to assist you. Ada can walk through someoneâ€™s vision cone without alerting them or drawing any suspicions, and she can also distract some people, which will make it easier for someone else to sneak past any heavily guarded areas. 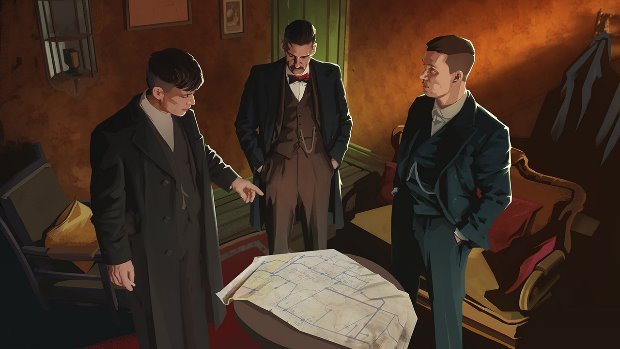 Peaky Blinders: Mastermind is a fun way of presenting the story before the hit TV series, and it does a great job of keeping you engaged and on high alert at all times, without ever feeling overwhelming. Juggling multiple characters as you program their actions within very specific time limits, rewinding to then program another character, so that you can have a third one step through a recently opened door right on cue is a thrilling experience. Peaky Blinders: Mastermind is out now on Nintendo Switch for a budget $19.99 asking price.

Disclaimer
This Peaky Blinders: Mastermind review is based on a Nintendo Switch copy provided by Curve Digital.