Golf Zero from Colin Lane & Brad Erkkila and Ratalaika Games is an arcade golf platformer in which you must take on some very peculiar courses. Read more in our Golf Zero review!

Golf Zero is a cute, fun and original little game with a mix of clever golf platforming gameplay.

To sink a putt you must jump, sprint or slide while avoiding unconventional hazards like brutal boulders, whirling saw blades, or zinging bullets as the challenge increases.

As the game begins, you have a tutorial level in which you will learn that you can use the Circle button to prepare to hit a golf ball. When you do this, a circle, which acts as a short timer, appears around your character, and as the timer runs out, you have to aim and press the Circle button a second time to select the angle at which the ball will be fired. The second level raises the difficulty bar by asking you to hit the ball while you’re jumping. As you can see, this one is a mix of a platformer and a golf game, which allows the game’s level design to get a bit creative as you progress through this new adventure. 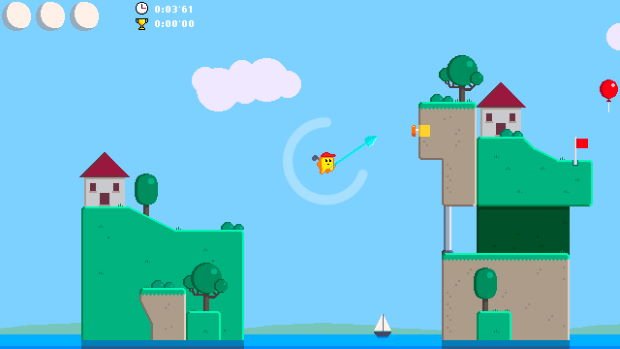 The levels are well designed and are in no way meant for an easy ride. There are spikes to avoid and water everywhere – and your character can’t swim. One thing worth mentioning is that your only need to have one golf ball land in the hole, and surviving after that when your jump is sending you towards a spike, is not required. This was a bit surprising, but it makes sense, given the way the game controls. Your character will often be out of commission by the time a golf ball reaches its destination, due to all the craziness.

The most aggravating issue I had with Golf Zero is how floaty the controls are, which renders the experience harder than it should be. Your golfer doesn’t move as you’d expect from a 2D platformer like, for example, Super Mario Bros. Each time you hit a ball, you have a few seconds when the game slows down, but the aim is always oriented right over your head, so you have to plan how you’ll aim and shot your golf balls. 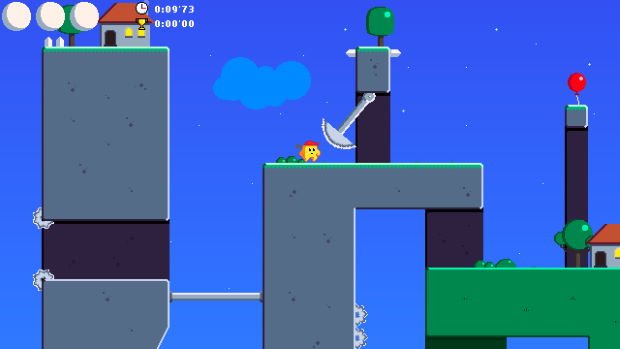 I thought that this way of controlling the ball might have made sense for playing on PC using a mouse, but in the case of a console controller, it would have been more appropriate to use the second analog stick to aim, which would have made the game closer to a twin-stick platformer. The Circle button is also a bit unresponsive and required multiple presses when in the slow mode before one of the golf balls was fired.

The presentation is similar to that of early 16-bits game, and the soundtrack is a looping song that was catchy at first until it felt overused by the end of my play session. Another slight issue I noticed is that once a level is beaten, a choice is offered for replaying the level or playing the next one. I thought that this option lacked a bit of clarity, but you might not have that issue. 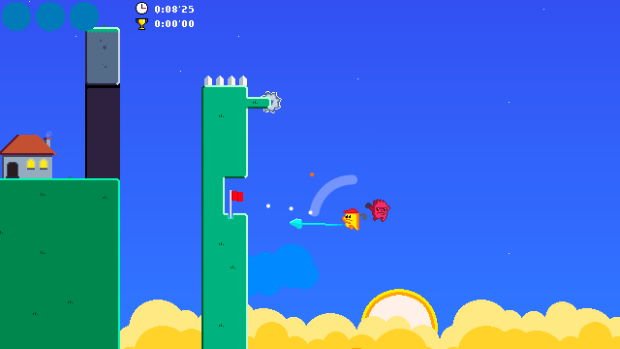 Being a Ratalaika Games release, you can expect to find a full trophy list with a Platinum trophy to earn. Trophies are awarded for progressing through the different levels and ultimately reaching level 41. The list is pretty straightforward, but the last few levels in the set will prove to be quite challenging.

If you’re looking for a game that feels different from other 2D platforming-style games on PS4 – and a new Platinum trophy for your collection – then Golf Zero can be a good option. The controls are not as responsible as you’d expect, which might be a bit offputting for some.

If you’re looking for a way to solve some harder levels, here’s a Trophy guide to help you:

Disclaimer
This Golf Zero review is based on a PlayStation 4 copy provided by Ratalaika Games.

Game with a quick Platinum but average controls

[PlayStation 4] Even The Ocean Review