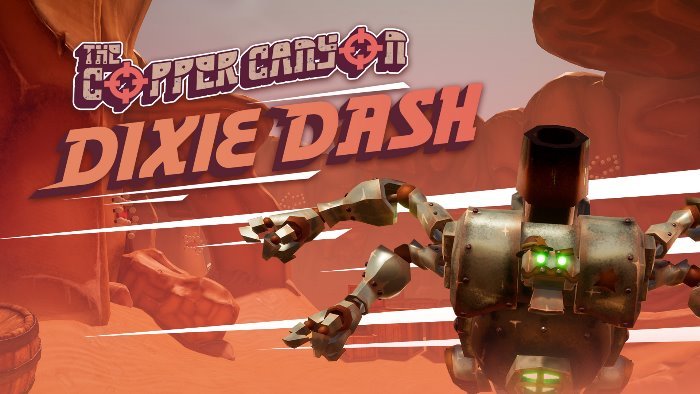 In The Copper Canyon Dixie Dash, you’ll be taking on the role of one Dixie Davies, who has a simple goal: to get her dad’s Copper Canyon theme park under control after the robots have started to malfunction! Sheriff Bolt and his deputies have gone rogue, so it’s up to you to fight through the town, the canyons, and the mines so that you can defeat everyone and claim back the theme park before it’s too late! Your adventure will start at the town, where you’ll get a chance to get used to the game’s controls. 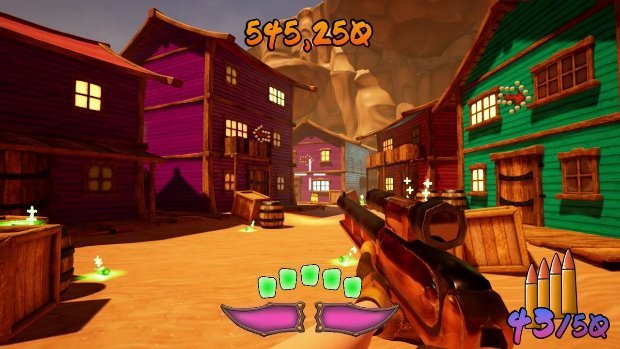 You’ll be moving with the left analog stick, aiming with the right one as you try to line up your shots. Be sure to jump with the B button so that you can avoid being shot at! You’ll shoot with the ZR button, and will need to press the R button to reload. With the ZL button, you’ll be able to aim down your weapon’s sight, so that you can take better shots. This is important because robots won’t be defeated with a single shot. You’ll need to take aim at the arms, head, and boiler, to be able to fully dismantle them. You can recover any lost health and grab some extra ammo by defeating opponents, and you can also gain new weapons to aid you on your journey. The extra weapons you get can be selected with the D-Pad or with the Y and A buttons.

Each stage will be split into different sections in which you’ll have to survive a series of waves of robots before the bright neon arrows point you towards the next area you will have to clear out. Between each of these sections, you will reach checkpoints that will save your progress, while also offering you the chance of grabbing some health recovery items to heal your wounds, so that you can be ready to take on whatever is coming next. 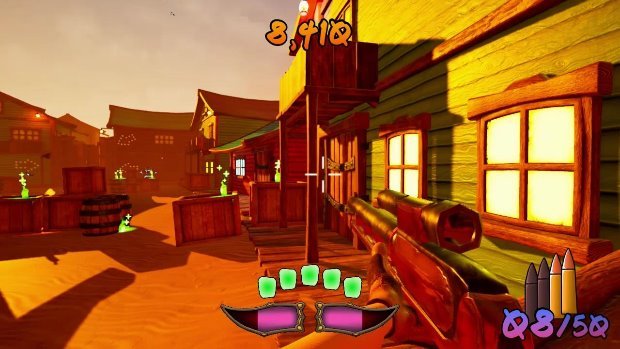 As you defeat enemies, you will start to build up your Dash meter. Once you have enough energy, you can press the L button to enter Dash mode, which will considerably slow down your opponents, so that you can easily take aim and fire at them. This is a great option for when you need to take down more than one bot so that you can minimize their attack output, helping you survive through that particular wave while saving up your health for the big boss showdown at the end of the stage. 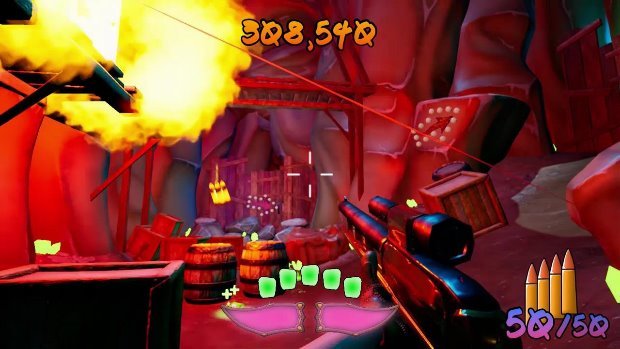 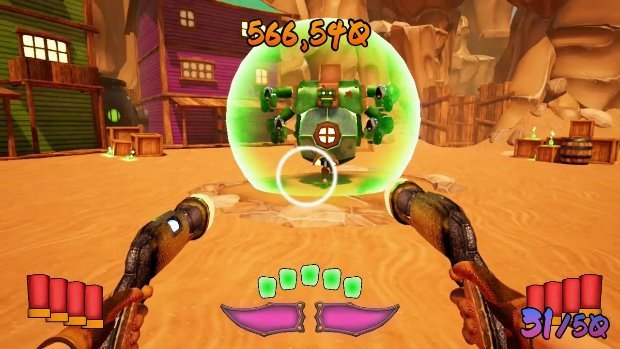 The Copper Cannon Dixie Dash is a gallery style shooter on Nintendo Switch that has its good moments but that, in the end, has only a few stages to play through, and a challenge that might prove to be a bit on the easy side when you start. You can play on higher difficulty settings after beating a level in the starting Deputy difficulty as you climb up to Sheriff and then Marshall, but that does mean that if you’re skilled enough, you’d have to play and beat a stage twice before you’re properly challenged. The Copper Cannon Dixie Dash is available on Nintendo Switch for a budget $7.99 asking price.

Disclaimer
This The Copper Cannon Dixie Dash review is based on a Nintendo Switch copy provided by Black Dragon Studios. 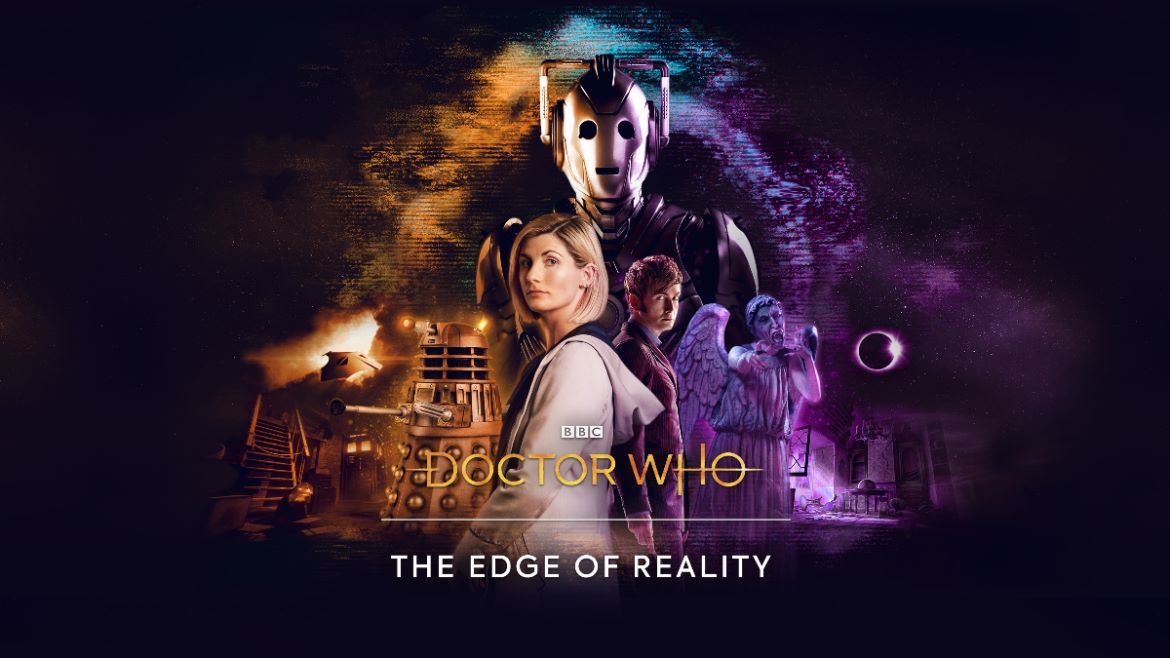 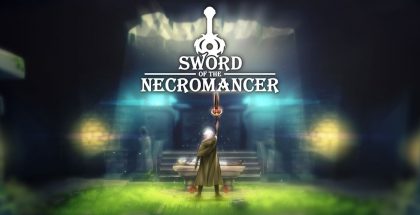 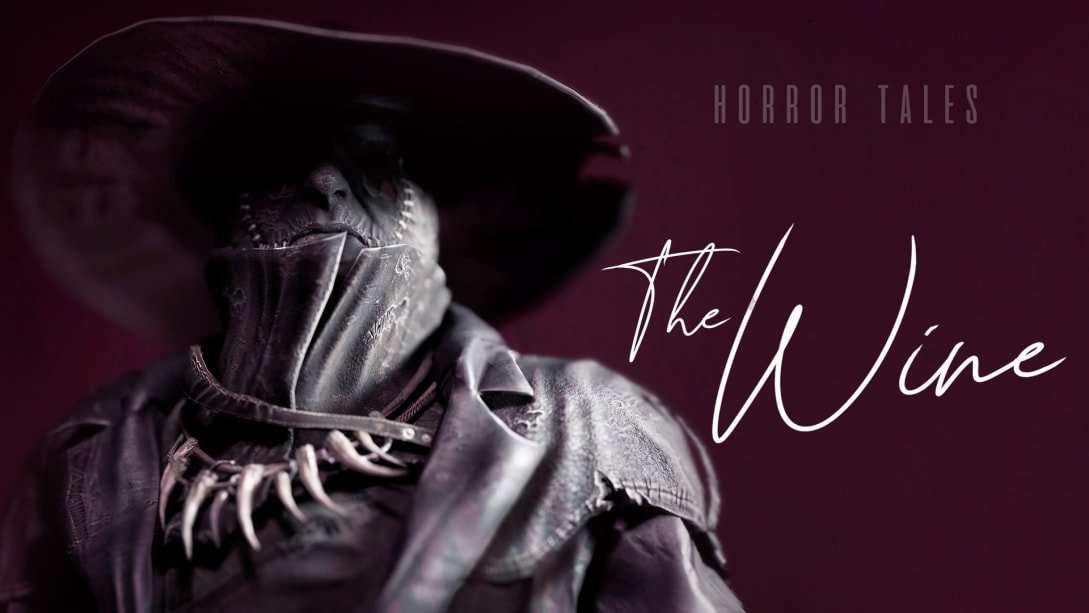