Fight claw to claw with weapons in the only way you know how, as you try to become the top crab. Check out our Fight Crab review!

You are a crab. Embark on a world tour of devastation, flipping over as many crabs as possible in a quest to be crowned lord of the crustaceans!

Features:
â€¢ Claw through 7 Tutorial stages and a Campaign Mode with 34 stages spread out across 7 chapters
â€¢ 23 types of playable crab, 48 different weapons, and 11 unique battle arenas
â€¢ A variety of matchmaking options including 1 vs. 1, 2 vs. 2, and both offline and online co-op and versus battle modes
â€¢ Unlock special Skills like the fabled Kanihameha, the devastating Crab Copter, and more
â€¢ Level up your crab, recruit new crabs, and purchase deadly new weapons â€“ build the ultimate crab warrior
â€¢ Use the Nintendo Switch Joy-Conâ„¢ motion controls to freely manipulate limbs to punch, grab, and flip your way to victory
â€¢ Use Photo Mode to capture, share, and immortalize epic confrontations and intense battles

I want to know what drugs people were on when they thought of this game. I mean that in the best possible way. Fight Crab has you playing as a crab battling other crabs in the most insane arenas with the most insane weapons. 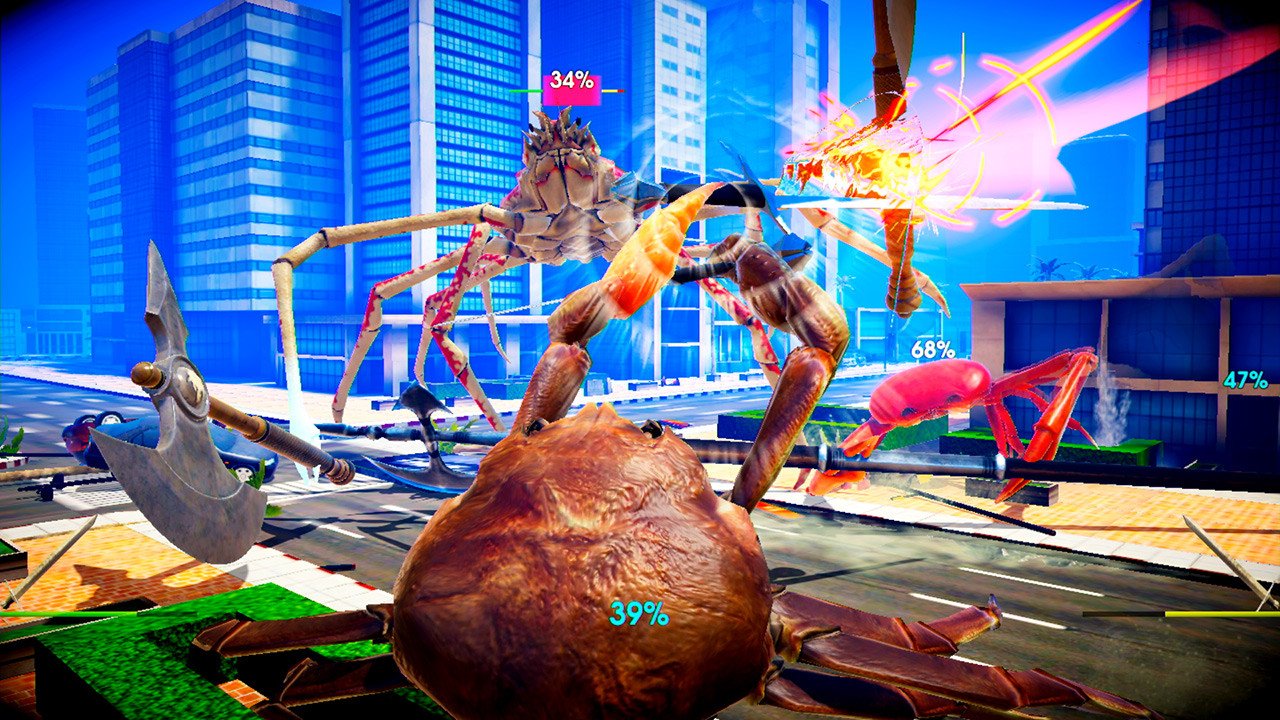 Fight Crab stars you off with several tutorial missions, which will allow you to get a bit more familiar with the game and what it has to offer. You’ll need them as this one plays very differently from what you would expect. Each stick on the Nintendo Switch Joy-Con is tied to a claw, and you use the shoulder buttons to defend and poke your claws forward. Movement is done through the buttons on the left Joy-Con. Honestly, at first, it can be a lot to manage, but once you figure out navigation and attacking, you’ll be in a good space. The way you control the crab reminded me of Octodad a bit.

As you set out in the fairly lengthy campaign, you will fight many different types of crustaceans. Once you beat them, you will be able to unlock them to play as them as well, allowing you to expand your roster quite quickly. The campaign will also take you all over the world, from beaches to a city street, tables at a Chinese restaurant, and even a medieval castle. It’s weird and quirky, and I love it. 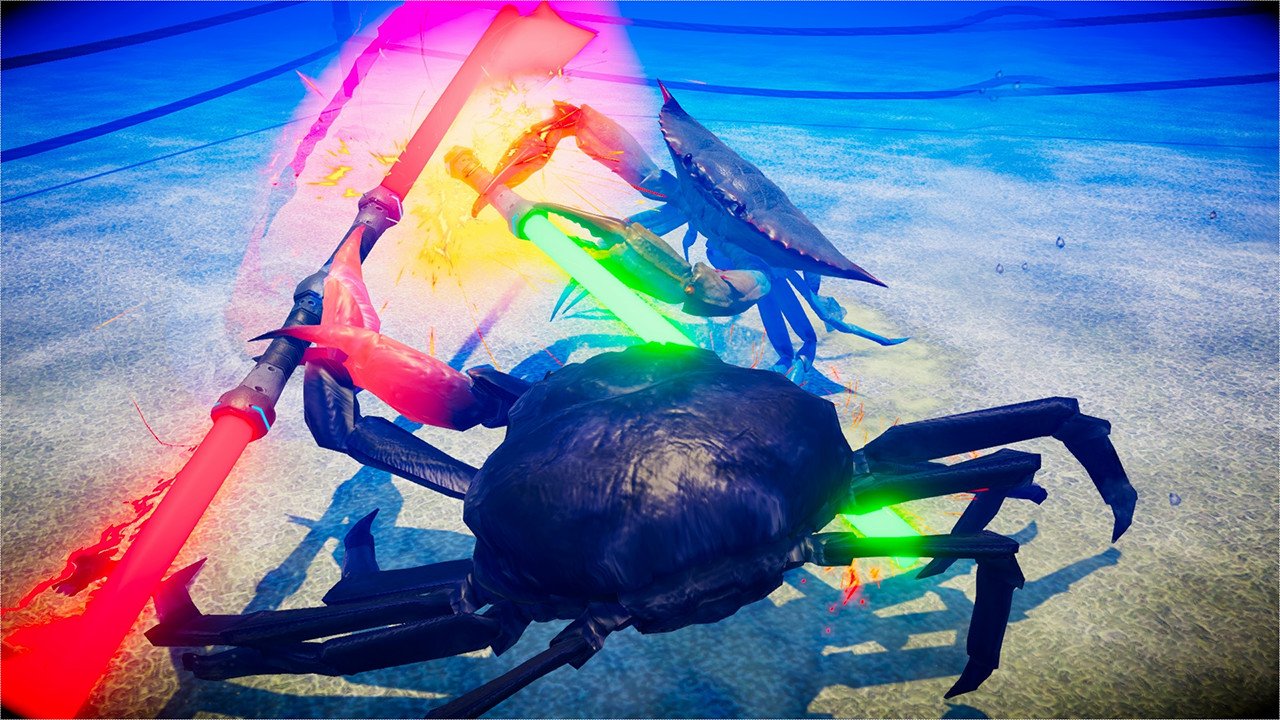 To win, you have a simple goal: flip over the other crab. How you do that? You will have to hit it enough to drive up its overall damage so that it’s easier to tip him over. As you play, there are percentage meters on the crabs as you attack, letting you know how much damage they have received, so that you can know how you’re doing in the battle.

Visually the game is bright and colorful, which I liked. Each crab has a different look, with some coming off as quite nightmarish, but it adds to the overall charm of the game. All of the stages also looked great, as well. Each area is very colorful, and each one stands out from the rest. As for the soundtrack, it gets the job done, but it does feel a little generic. I know it’s too much to ask, but I would have loved it if they had licensed Rock Lobster for this one. 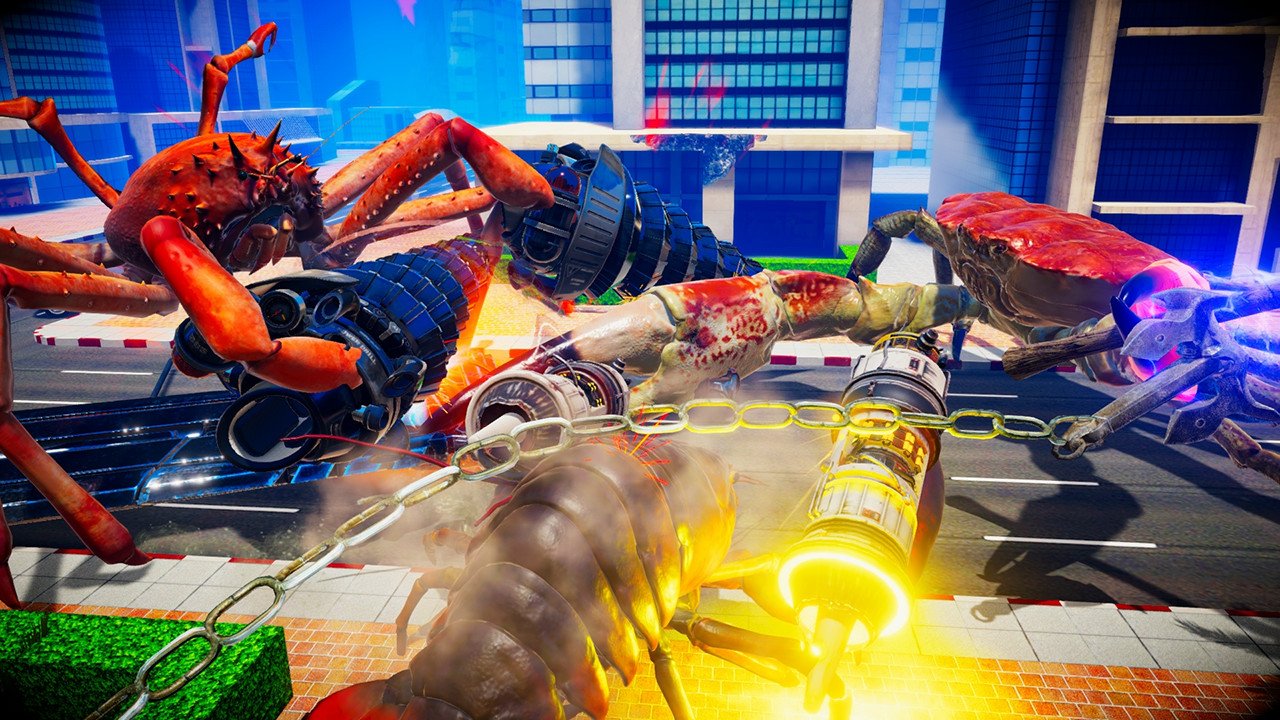 Games like Surgeon Simulator, Goat Simulator, and the previously mentioned Octodad have made a genre out of games with quirky and funky controls, but that are still fun to play. Fight Crab is now part of this group, with controls that do take some getting used to, but in the end, it’s a fun experience that you should check out on Nintendo Switch.

Disclaimer
This Fight Crab review is based on a Nintendo Switch copy provided by
Mastiff.