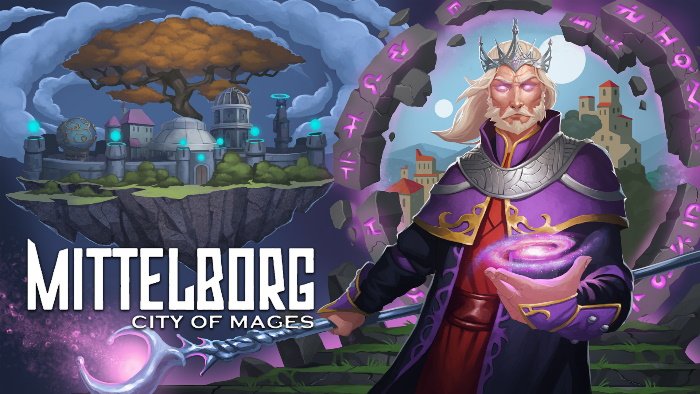 In Mittleborg: City of Mages from Armatur Games and UTC ASTERION, you will be taking on a strategy game with some roguelite and resource management elements. Mittleborg sits at the center of the universe, as a city between worlds. This is why itâ€™s very important that the Chancellor performs one task in particular: guarding the Tree of Order. If the tree falls, then everything else will also perish! Since the throne is currently empty after the disappearance of Chancellor Magnus Wavebreaker, the Tree of Order has chosen you to act as the new Chancellor!

Your journey will start after you meet with one of your new advisors, who informs you that the Tree of Order is dying day by day and that everyone is hoping that the prophecy about the â€œcommoner who becomes Chancellorâ€ will be what saves all from oblivion. It is now time to start your work as Chancellor, because the tempest is on its way, and you must repel all attacks to protect the Tree of Order.

You can play Mittleborg: city of Mages by using the left analog stick to navigate through the different game elements on the screen, using the right analog stick to jump to and select from the different actions you can take during every turn. You will need to pay attention to the big yellow circle representing the life force of the Tree of Order, as you prepare for the tempest. When you end the day, the color of the button for this will represent the type of tempest youâ€™re about to face. Red means youâ€™ll have at least one raid to take care of since the portal will open, and creatures from another realm will rush into battle.

There will be Viates who will aid you in protecting the Tree of Order. Viates are powerful great mages, each one with the might of an entire army! You will have some unassigned mages at any given time, which you can check on the right side of the screen. Assign a Viate to protect the walls, and its might will allow it to prevent five points of damage during the tempest. Viates are important, but so are the cityâ€™s guards. Next to the Tree of Order will be a symbol that represents the remaining guards, and if theyâ€™re gone, then the garrison wonâ€™t be able to protect the Tree of Order from direct damage. 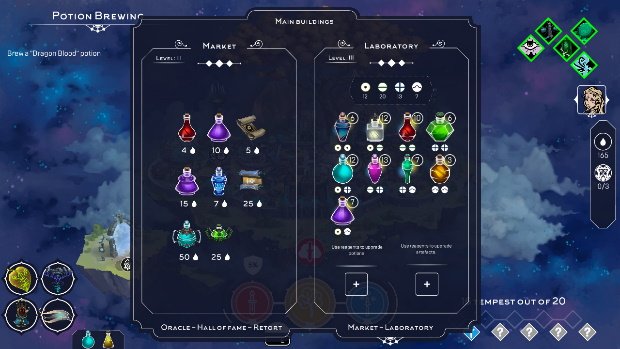 You can move Viates from the castle to different locations on Mittleborg by moving the cursor with the left analog stick and then pressing the ZR button to assign it to that spot. On the other hand, if you want to move a mage to a different spot, youâ€™ll first have to place the cursor on top of it and press the ZL button to send it back to the castle so that it can be added to the total of unassigned mages so that you can then move it to another area to fortify it. This is important because you need to protect the Tree of Order not only from physical attacks but also from potential magical damage! If thereâ€™s a blue tempest, then that means there could be a barrage, which will require a powerful magical barrier to stop its onslaught.

The resource management part of Mittleborg comes into play by way of Aether. Aether is the main resource in Mittleborg: City of Mages, and must be used to, say, build an Oracle so that you can peer into the future and try to predict what is coming your way so that you can prepare accordingly. For each day you survive through the tempest, the Tree of Order will grant you 10 Aether for your stock. You could also build a Wind Catcher to be able to collect additional Aether during the breeze. 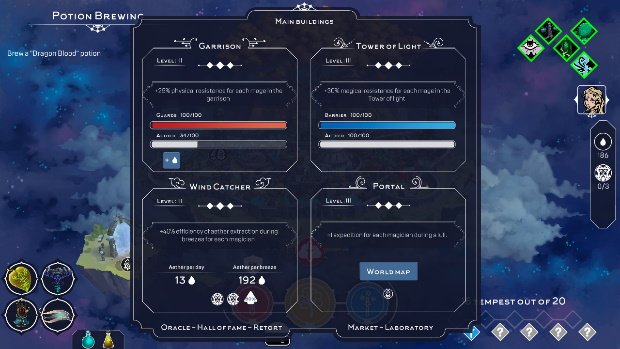 Aether can also be spent on repairs for your defensive structures by making deposits with the L and R buttons as needed. This will take effect during the next tempest, so be sure to pay attention to what type of tempest youâ€™ll be facing, as well as which structure requires the most urgent healing and care so that you can act accordingly. Buildings can also be upgraded by spending some additional Aether, which will allow you to accommodate more than one mage on each building, to greatly increase the damage they can absorb during a tempest.

During a white tempest, you will enter a lull. This is an important moment during which the connection with other worlds becomes stronger, which is why you can make the most of it by sending an expedition to another realm by using the portal that serves as the gateway that leads to other dimensions. When a mage returns from an expedition, you can be rewarded with artefacts and items that will help you survive. This will be even more important when you have to make the hard decision to sacrifice one of your mages so that you can use its essence to restore some of the hit points that the Tree of Order has lost.

Build a Laboratory, and youâ€™ll be able to order concoctions that can bestow a variety of effects. You will need to have enough materials for potions and have a leveled-up Laboratory to have access to more powerful concoctions. You can order potions to increase magical or physical resistance for a day, another to show you in which order tempests events will occur, one that can heal guards at the garrison or those at the magic barrier for a bit, or even a potion to directly heal the Tree of Order, to name some examples. 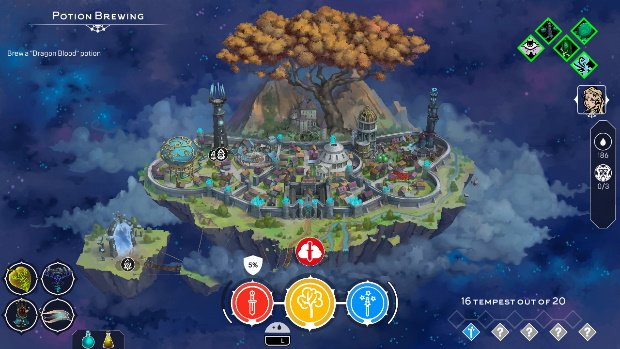 Mittleborg: City of Mages is the type of game that is not going to be for everyone. A lot of your time will be spent looking at the same screen that showcases the city and all of its areas, and the gameplay takes place at a slow but steady pace, which is not what those looking for action will consider intriguing. But if youâ€™re into planning, resource management, and donâ€™t mind a game having a dash of roguelike thrown in for good measure, then this one is a good option. Mittleborg: City of Mages is out on Nintendo Switch with an $8.99 asking price.

Disclaimer
This Mittleborg: City of Mages review is based on a Nintendo Switch copy provided by UST ASTERION. 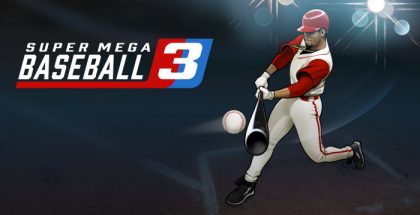