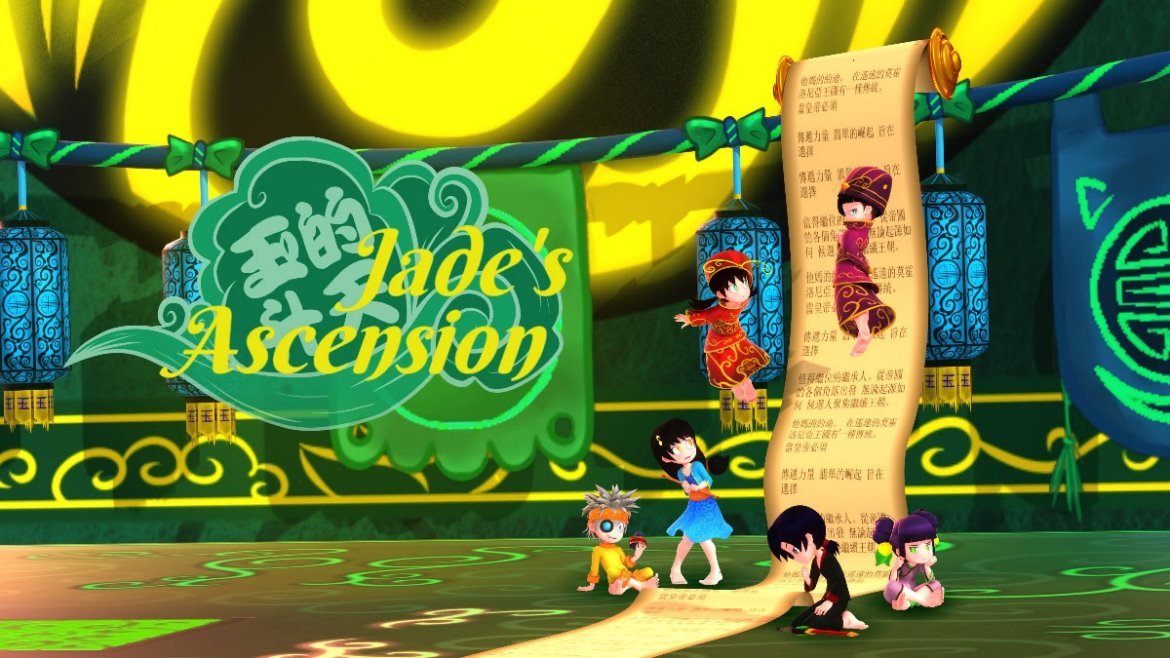 Jade’s Ascension is a twin-stick shooter from developer Papas Con Mojo. Journey to Mojolonia, and play this game in single-player or via local co-op through the “Ascension of Jade,” a traditional trial to determine a worthy successor for the throne. You must fight your way through the different towers of the game, gathering gold, upgrading skills, and purchasing tools, all to climb as high as possible. Which character will be able to overcome the challenge and rise to the challenge? 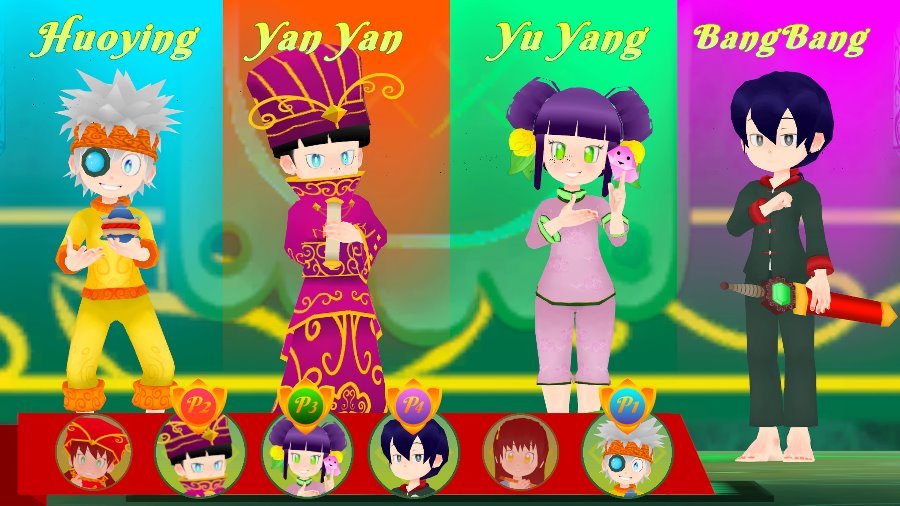 You select a character, all of which play and control identically, to ascend to the top of one of the game’s 100-floor towers. You move with the left analog stick and aim/shoot with the right one. The R1 button fires off consumable items, while the L1 button is used for dodging. You can press the R2 button to use your special screen-clearing ability. Each level has waves of enemies, and by destroying them all out and collecting the coins they drop, you can proceed to the next floor. Every few levels, you will end up at a shop where you can purchase character upgrades and consumable tools. As you carry on, you’re presented with a portal to take you to one of the other towers in the game, all themed around different elements. 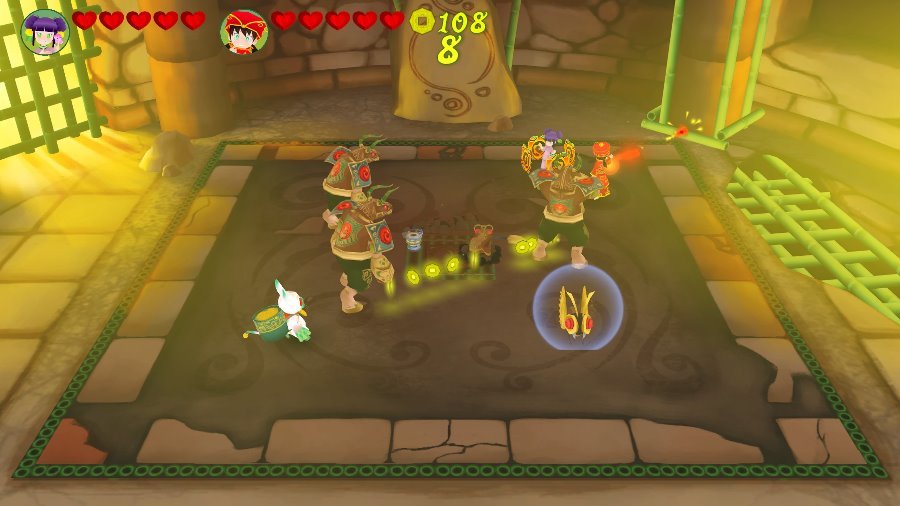 The character power-ups and consumable items add some spice to the combat. Each themed tower has an appealing aesthetic and a new crop of enemies to shoot. Does that all sound interesting to you? I hope not, because you will, unfortunately, be sorely disappointed with Jade’s Ascension. While the character designs are charming, the animations in the game are god awful. Your character has a rudimentary running animation, but as soon as you use the right analog stick to start shooting, the character model no longer animates. Each of the game’s towers has a collection of maybe 3-4 enemy variations, including a boss. There is one sound loop for each tower. One. Track. You’ll hear that same track over and over as you traverse that tower. 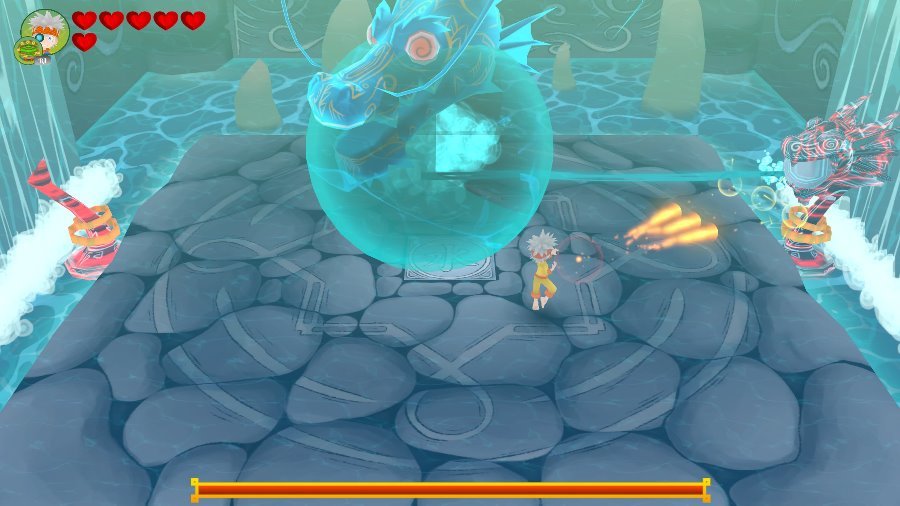 Twin-stick shooters rely on having sharp controls to navigate through each area, avoiding enemies and their attacks to stay alive. Jade’s Ascension controls as if you’re running through molasses as you attempt to defeat all the enemies around you. Enemies can also pop in at incredibly inopportune moments, causing you to immediately lose one of your few hearts. Thankfully, those hearts replenish between levels. What’s weird about that is how enemies will eventually start to drop heart refills, but not until after more than a dozen levels. 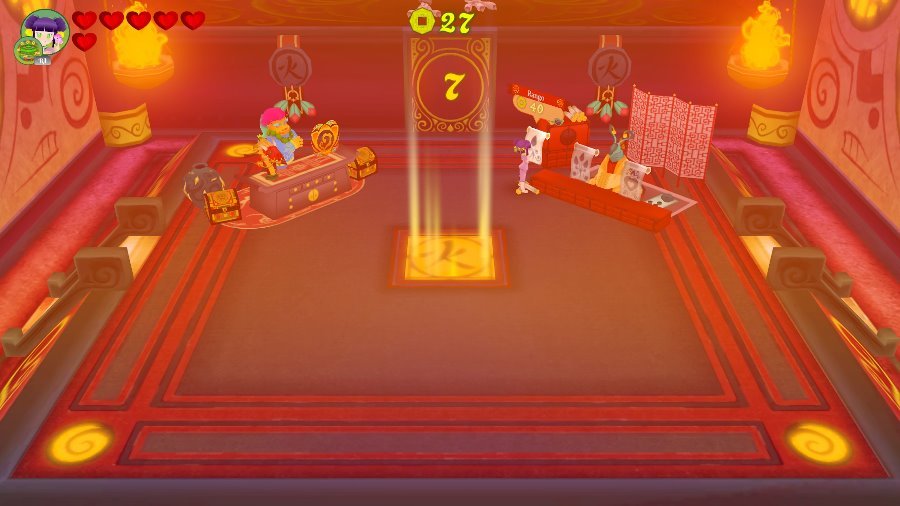 There are some strange design choices indeed, and it’s evident that more QA would’ve done a world of good for this title. I had an instance where I paused the game for a short break. When the game is paused, there are two options: “Resume” and “Quit.” Neither is highlighted when you pause the game. If you hit the X button without moving the cursor, you will select the “Quit” option. No warning, no nothing, just straight back to the main menu, which was certainly weird. 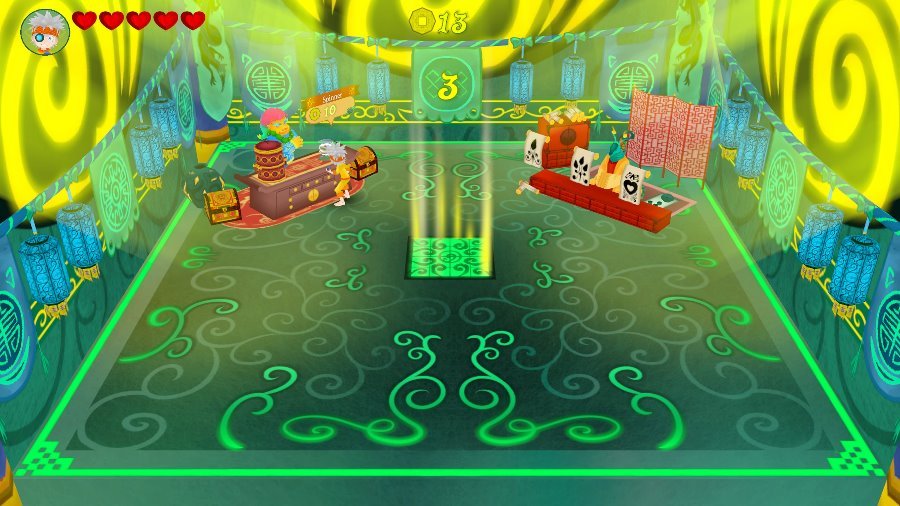 Jade’s Ascension is a quirky little twin-stick shooter that is held back by a number of technical limitations. The setting and presentation have potential, but the novelty wears off as you spend more time with this game. Perhaps a patch or two can fix things down the road. Jade’s Ascension is out for $9.99.

Disclaimer
This Jade’s Ascension review is based on a PlayStation 4 copy provided by Sony Interactive Entertainment.