Beyond PlayStationPuyo Puyo Tetris 2
No Comments

Puzzle mashup Puyo Puyo Tetris from SEGA released on the Nintendo Switch way back in 2017, bringing together two beloved puzzle series under one roof. It was a fast-paced, fun, and colorful puzzle game that featured a single-player Adventure Mode, as well as different solo play and multiplayer modes to play, on top of an online multiplayer option for you to take a stab at bumping up your position in the worldwide leaderboard. The aptly named sequel Puyo Puyo Tetris 2 is now ready to go on Nintendo’s console, expanding on what its prequel did. 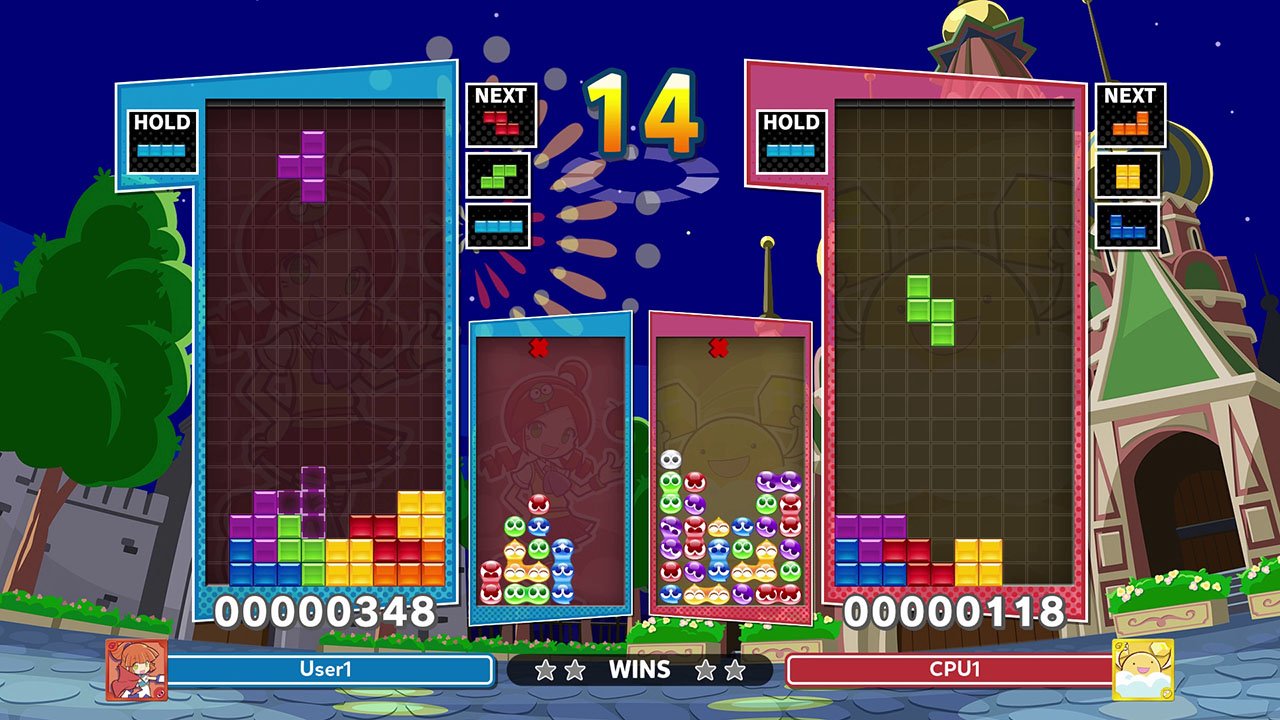 There’s a lot to talk about in Puyo Puyo Tetris 2, so let’s get right to it! If you’re new to this mashup franchise but are familiar with either Puyo Puyo or Tetris – or both! Then you can get right to it from the initial screen after loading up the game! Puyo Puyo Tetris 2 offers you three options upon bootup: Main Menu, which takes you to the menu for the Story Mode and all content related to the different single-player and multiplayer gameplay modes, Puyo Puyo, and Tetris. Selecting Puyo Puyo or Tetris will allow you to play the first one in Endless Mode, while the second one will place you in Marathon Mode, both featuring a similar goal: try to beat your score!

If you’re new to Puyo Puyo or Tetris, you can go into the Lessons section for this sequel, where you can learn how to play each puzzle game, as well as check out beginner and advance tips that can help you better understand things. Lessons will be split into Puyo Puyo, Tetris, Fusion – more on this mode in a bit – and Skill Battle so that you can focus on what you need to learn in order to better understand how to maximize your performance.

No matter if you’re playing Puyo Puyo or Tetris, you’ll be moving each piece left and right with the left analog stick or the D-Pad as it falls downwards at a steady pace. The A button can be used to rotate the piece clockwise, while the B button will make it possible to rotate it counterclockwise. If you want to speed up how a puzzle piece falls, you can press down. If you want to instantly place your current puzzle piece at the bottom of the playing area, you can do so by pressing up to have it magically appear where you want it to. You have the very handy option of storing a puzzle piece by pressing the L button so that you can bring it back into play when needed by pressing the R button. 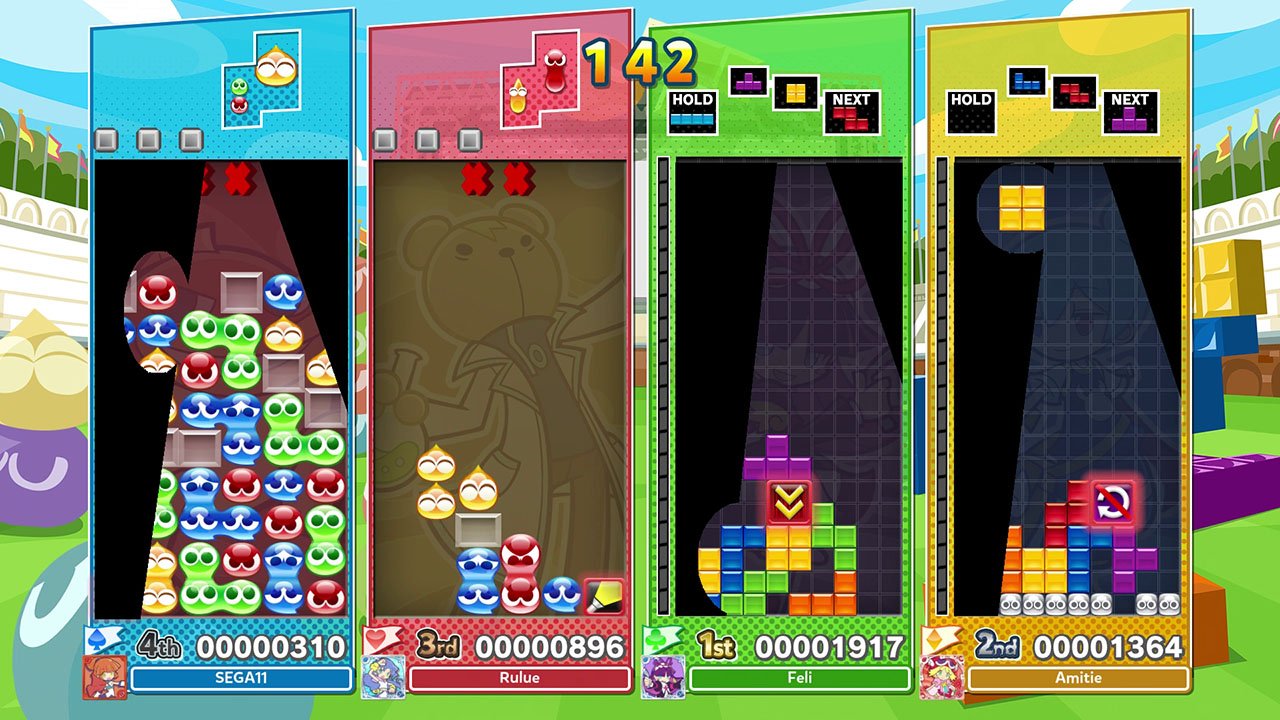 Once you go into the main menu, you’ll be able to check out all of the different options for playing this sequel. There’s Adventure Mode, which features a story in which you’ll interact with a nice variety of characters as you learn more about the worlds of Puyo Puyo and Tetris. This segment is fully voice acted, and each of the characters will be fully voice acted, and there’s a lot of story to take on as you traverse the overworld map and go from chapter to chapter, as you try to find out what is going on and who is trying to merge Puyo Puyo and Tetris… and why!

If you go into Solo, you’ll be able to against CPU opponents in seven different modes. There’s Versus, which is a classic versus match in which you can select to play Tetris or Puyo Puyo. Skill Battle – which Is new to this sequel – has you selecting a team of characters as well as cards to equip so that you can use a variety of abilities during battle, playing for as long as you have any HP remaining. Swap will have you playing two games at once, with each playing board swapping in and out at set intervals.

Party will spice things up by having items appear as you play in your bid to try and earn the highest score possible. Fusion will have both Puyos and Tetriminos falling down onto the playing field, which makes for a very hectic and different puzzle experience! In Big Bang, you will attack your opponents by clearing out preset Puyo or Tetrimino patterns as fast as possible. The last option is Challenge, in which you’ll have to take on six single-player challenges to see if you’re as good as you think you are! These include Endless Fever, Endless Puyo, Tiny Puyo, Sprint, Marathon, and Ultra. 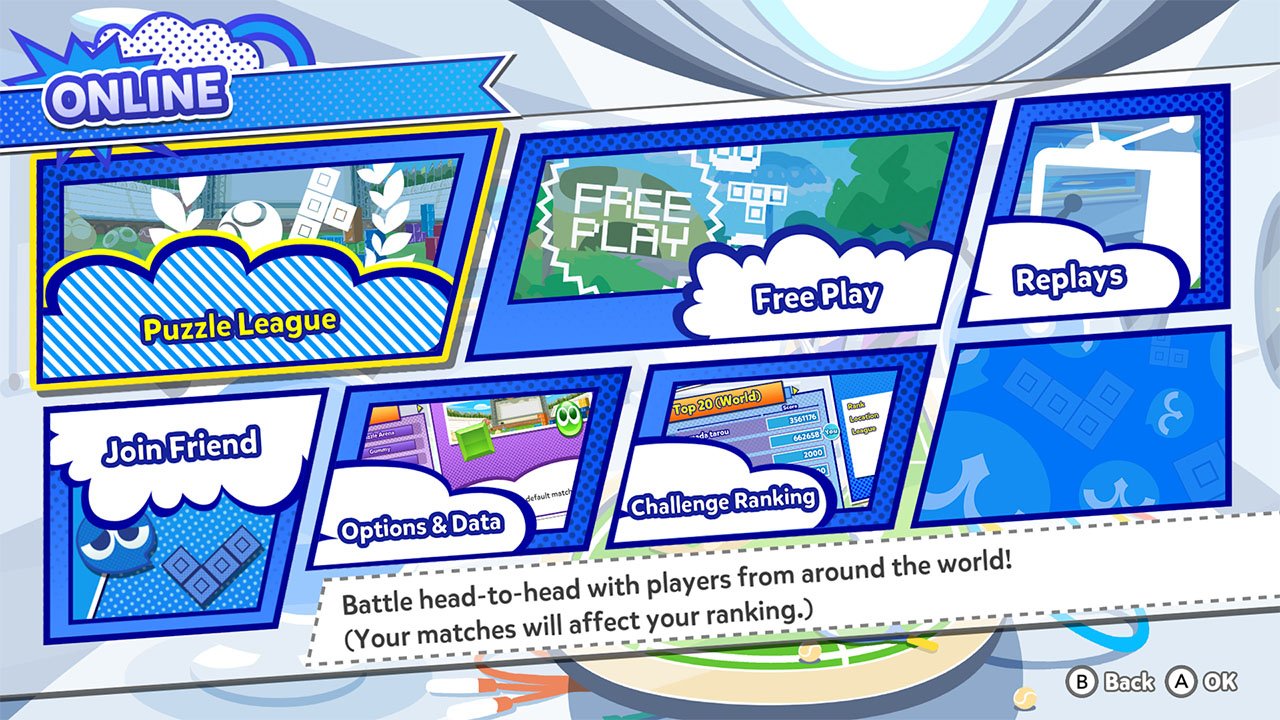 There are dozens of characters to pick from, between those returning from the previous game in this new series and the ones that are making their Puyo Puyo Tetris series debut, so you’ll certainly find one that you like. As you play the game and based on your performance during each run in each of the many different gameplay options, you will end up earning credits. Credits can be used at the Shop section to purchase new art styles for the Puyos – alphabet, retro, flat, and even Morolian! – new art styles for the Tetriminos – classic, dark, stars, etc. -, alternate voice packs for the game’s characters, or new player icons. If you want to 100% this one, you’re going to be playing for a while since prices range from 100 to 1,200 credits per item – at least it’s all unlocked with the in-game credits without requiring any additional purchases! 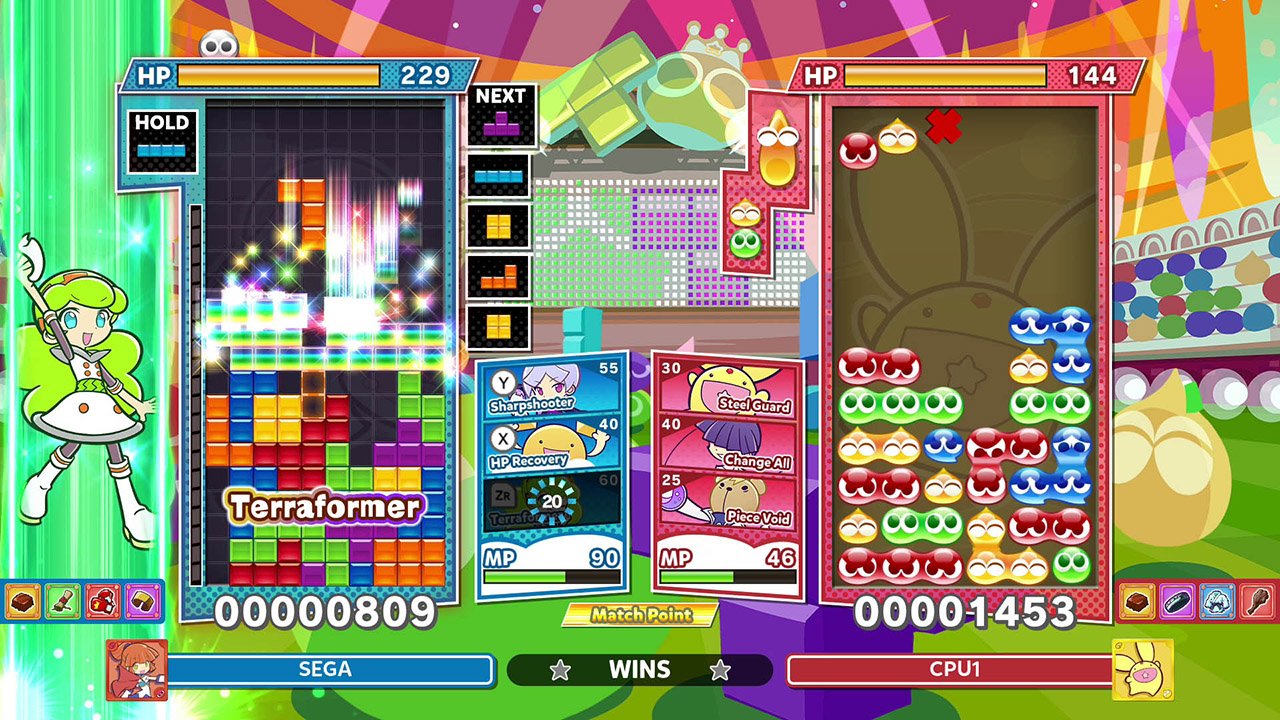 Puyo Puyo and Tetris are very fun puzzle series on their own, so bringing them together for another go in Puyo Puyo Tetris 2 is a very easy way to get a puzzle game that is twice as fun! It features a ton of content to play in its Adventure Mode, a new mode in Skill Battles, and many returning single-player and multiplayer gameplay modes, on top of online multiplayer. If you’re a puzzle fan, then you should rush to add this one to your collection. Puyo Puyo Tetris 2 is out now on Nintendo Switch with a $39.99 asking price.

Disclaimer
This Puyo Puyo Tetris 2 review is based on a Nintendo Switch copy provided by SEGA.

PS5: Best Features of The Next Gen Console 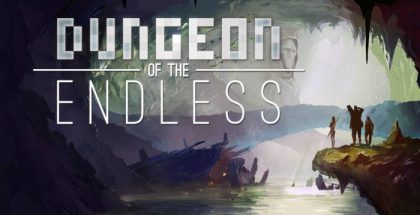