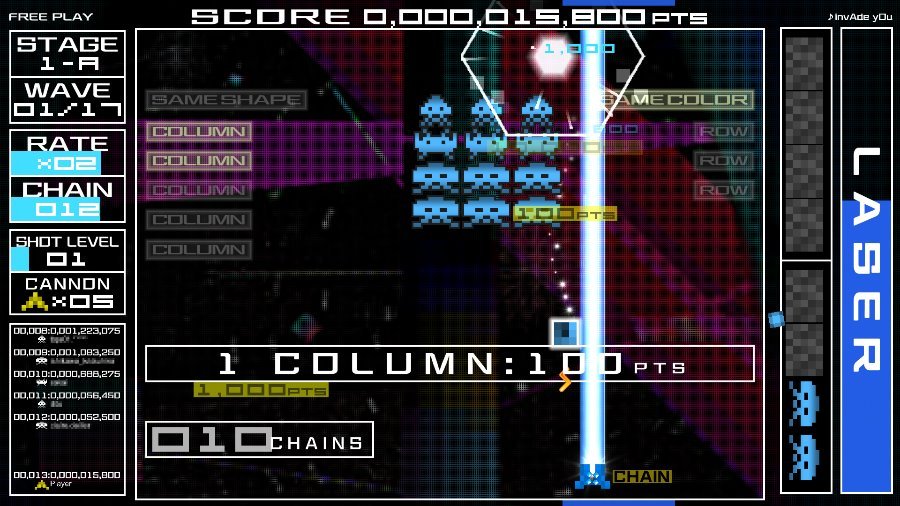 Space Invaders Extreme is going to be the highlight of this collection and with good reason! The game was originally released to celebrate the 30th anniversary of Space Invaders back in 2008, with a launch on Nintendo DS and the PlayStation Portable. The game takes the classic Space Invaders gameplay – move your spaceship left and right at the bottom of the screen as you shoot at enemies on the top of the screen, doing your best to avoid their attacks. As you defeat the colorful space invaders and the UFOs, you’ll gain access to power-ups such as a powerful laser, a broad shot, a shield, and more. 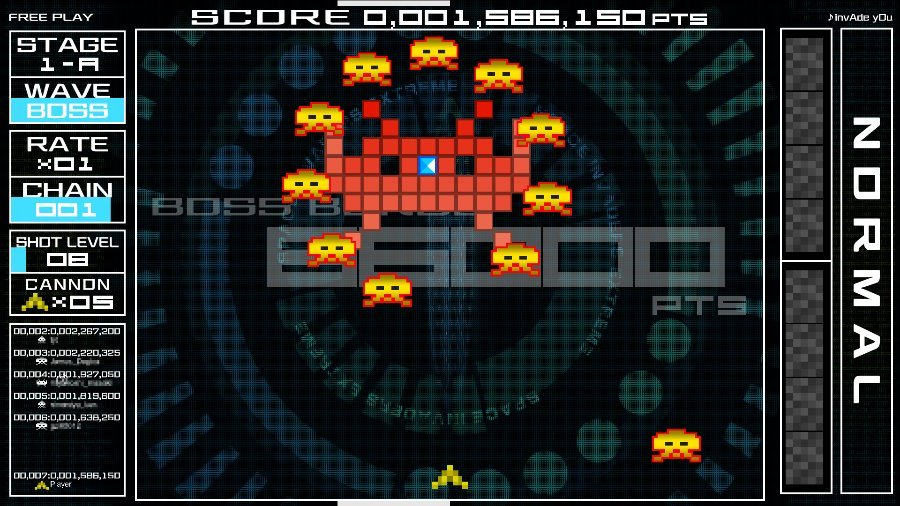 It features revamped visuals that are perfectly complemented by its electronic soundtrack. This particular version of Space Invaders Extreme in the Space Invaders Forever collection is actually based on the Steam version that was released for the series 40th anniversary, which adds further improvements on the Nintendo DS and PSP originals, such as higher quality sound effects and music, sharper graphics, new voice clips, as well as some quality of life improvements. Oh, and there’s also online leaderboard support!

Space Invaders Gigamax 4 SE is an arcade game released by Taito that was the first Space Invaders game to support multiplayer. This release brings us classic stages as well as new stages, new gameplay mechanics, more different space invaders to battle, and gigantic space invaders, which end up making for a more hectic and fast-paced game! The gameplay is still the same “move left and right as you shoot at the space invaders while taking cover from their attacks behinds the barriers at the bottom of the screen,” but the action is definitely crazier than what we got from the original Space Invaders!

Once you load up the game, you’ll be adding credits with the L button – since remember, this is, after all, an arcade game! – so that you can get started and enjoy the game with up to four players, thanks to its local co-op option. Since there’s going to be up to four players taking on this one, the screen takes this into consideration by offering an extra-wide setup that will display a ton of the classic Space Invader enemies we all know and love, as they move left to right, trying to destroy your spaceship. 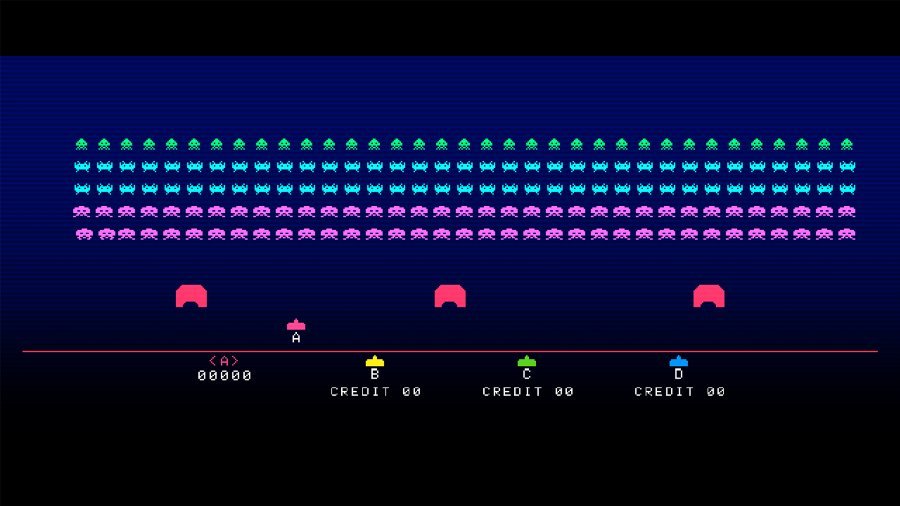 While playing this one on your own is very much possible, the way you play at the start of the game certainly changes since you have to quickly get rid of the first line of space invaders – the very long line of space invaders – or a couple of columns on one of the sides, or else they’re going to quickly move down towards your barriers, greatly lowering your odds of survival! When playing with 2-4 players, things get a bit easier before the difficulty is ramped up since you can split the screen into different blocks by communicating with your fellow gamers so that each one can focus on one area of the screen. There’s also the option of bringing together all spaceships to gather energy so that you can unleash a power shot. The more spaceships that come together, the more powerful this shot will be!

Space Invaders Gigamax 4 SE was certainly a pleasant surprise, as it’s a game I had never played before since up until this point it was a Japan-only arcade release, but this console port on the Nintendo Switch certainly lives up to the Space Invaders legacy. Add the great soundtrack by ZUNTATA, the Taito house band, and you have a very fun take on the Space Invaders formula and a great game for this collection. 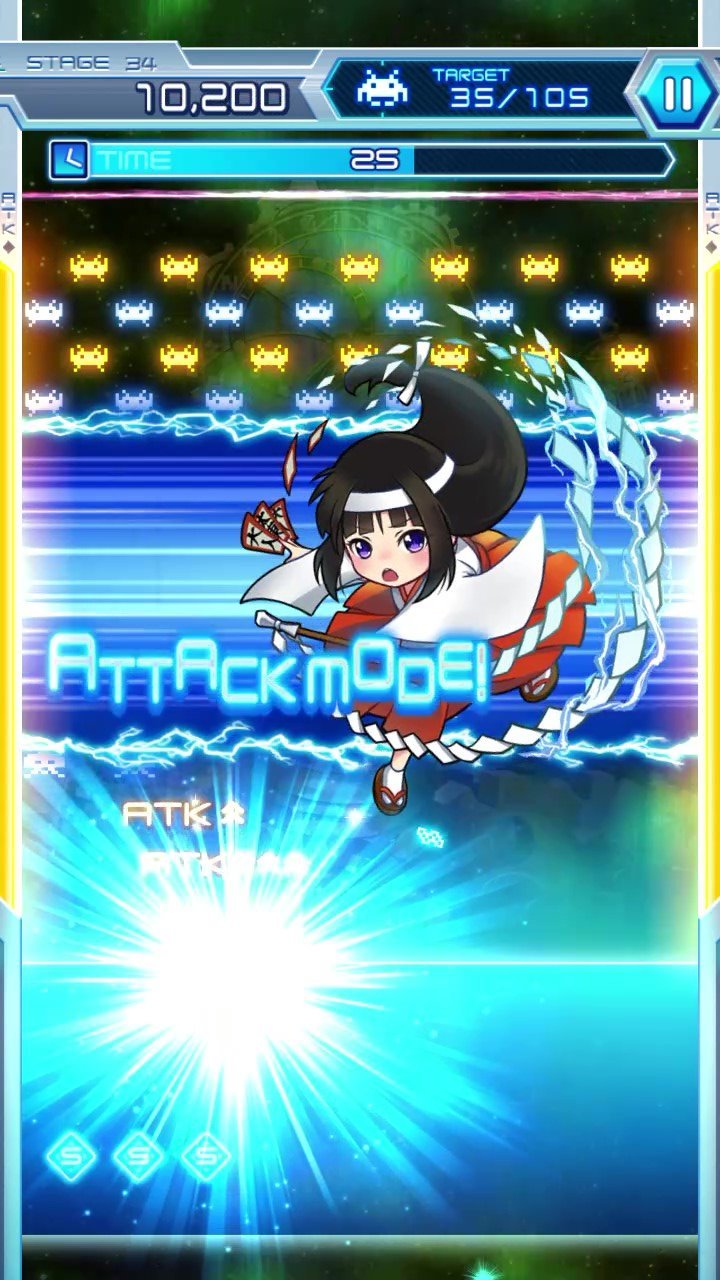 You’ll be using the Vaus spaceship at the bottom of the screen to deflect the bullets of the space invaders, with said space invaders acting as the bricks you’d see in Arkanoid. You’ll be aided by Nadia Vivie, who will be serving as your operator, relaying valuable information from command that will allow you to understand what is going on after the invasion is in full effect.

You’re going to be taking on many stages in this one, as you try to deflect as many bullets as possible to defeat the target space invaders for the level before your energy runs out – which is marked by the timer that is right below your current score and the target you’re aiming for. In classic Arkanoid fashion, as you defeat the space invaders, you’ll sometimes notice some pill-shaped items start to roll down the screen. These are power-ups, and you should certainly collect as many as possible to stay alive!

As you progress through a stage, you’ll probably end up filling up the gauges on the left and right sides of the screen. What this will do is send you into Attack Mode, during which you’ll get a chance to use the Vaus’s bow form to strike directly at the invaders. This will unleash a very powerful attack that will make short work of any invaders foolish enough to stand in its path, and the good news is that you’ll be able to use the Vaus to bounce it back to deal even more damage! Oh, and you’ll also end up taking on levels that feature the Arkanoid bricks from ages past, which will change things up a bit to keep the whole experience feeling fresh.

Completing the different stages in your path will eventually allow you to start recruiting more characters to your cause. You can use the allies to unleash skills that will boost the Vaus’s fighting strength with abilities such as a piercing attack, a splitter that unleashes extra bullets onto the playing field, extending the overall length of the Vaus so that it can cover a bigger area, or being able to slow down enemies, bullets, blocks, and traps. You’ll also be working on a list of achievements as you play, which will reward you with medals once completed. 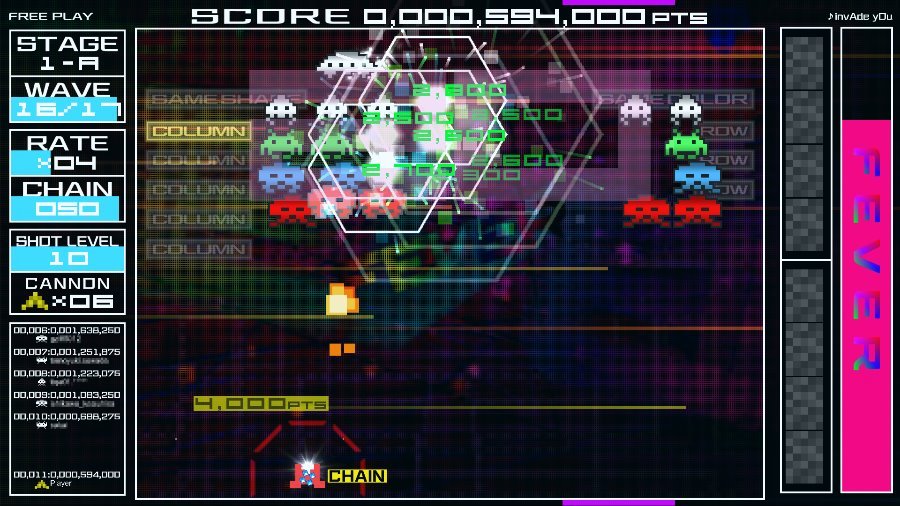 Disclaimer
This Space Invaders Forever review is based on a Nintendo Switch copy provided by ININ Games.

A fun collection that celebrates the long-running Space Invaders series