Follow along Freddy’s story as you plunge head first into challenges and obstacles. Created in a laboratory machine by the brilliant Dr. P Starr, Freddy’s story turned out to be quite the adventure that would follow.

This is a double review for Freddy Spaghetti. Ceidz and ThaRaven403 played the game, and this review presents what they both had to say.

Freddy Spaghetti is a very different type of game, and it features a weird story to set things up. Dr. P. Starr worked on a project for about half of his life, in order to create a machine that would bring consciousness to objects or food, but was never successful… until one day he woke up in the middle of the night and had the idea of trying it a spaghetti noodle. He succeeded, and thus Freddy was born!

At the beginning of each of the 50 levels the game has to offer, a bit of the story is told by the good doctor as you follow Freddy’s adventures. At first, he’s mostly exploring around the house, until the day a search on the internet shows him what people do with spaghetti (spoiler: they eat it! ). From there, Freddy’s adventures take him to Dr. P. Starr’s computer terminal, where he manages to make itself grow a hundred times in size to wreak havoc in the streets. What happens next? You’ll have to play the game to find out! 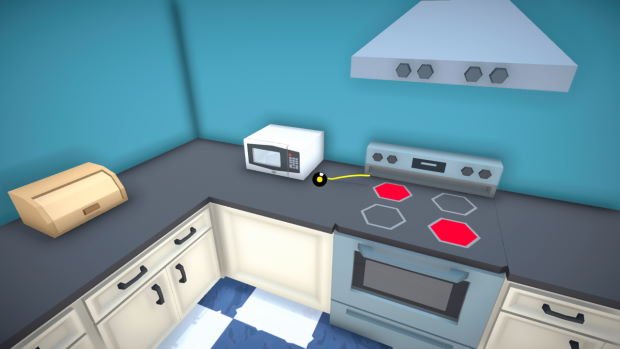 How can a game about controlling a spaghetti noodle be fun? Surprisingly, it was quite fun for me! The way physics were implemented with the noodle made things interesting because depending on how you pressed either trigger button to make Freddy move, you could easily end up tangled up on yourself and losing all momentum. You could also see it when one end of Freddy would end up on a higher platform, where there would be absolutely nothing to do to be able to swing the other half back up.

I also enjoyed the variety of levels. Sure, there were a few that were rather simple and didn’t have anything special, but the majority were fun and very original! The one thing I didn’t enjoy was how a few of the levels had a huge difficulty spike. One level in particular, where you have to cross around ten consecutive doors that are not much larger than Freddy, was way too hard. The thing with those gates is that when their light is lit, you can’t cross it since Freddy will be spotted, which will force you to restart the stage. Getting a cooked spaghetti through the doors was a painful experience, to say the least, and might be something that can get on your nerves.

In Freddy Spaghetti, you’ll be taking control of a spaghetti noodle that became sentient thanks to a scientist’s experiment. At first, the levels are fun and naive, but then as we progress through the levels, we learn that there is much more to it all, and the game becomes slightly darker.

There are 50 different levels, and I was surprised by how much detail went into each one of them. The art style is composed of low polygon objects, but each area is packed with many things, which I liked. One thing I had a hard time adapting to was the number of invisible walls everywhere that prevent you from going out of the given path. The issue here is that the level objective or path isn’t always clearly indicated, so a few levels often required me to try random things to understand what needed to be done. 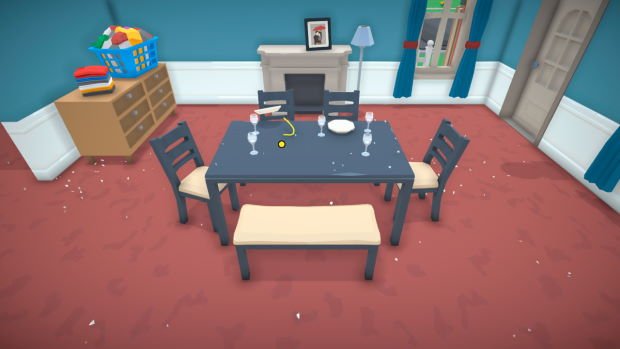 As ThaRaven403 mentioned, there are also a few levels that have a very high difficulty spike when compared to the rest of the experience, such as the aforementioned level with the many doors to cross. There’s also one that requires you to jump from floating platform to floating platform, and it’s one that I had a lot of trouble completing due to how the game controls.

Also, I noticed that on my PlayStation 4, sometimes one of the sides of Freddy frequently stopped responding. I understand that this game is designed to make you feel like you’re controlling a spaghetti noodle, but the unresponsiveness was random and didn’t feel like it was designed that way by the developer. This happened mostly when I was “running” with Freddy, so I’m pretty sure this is an issue with the controls. ThaRaven403 also mentioned to me that he had this issue on the PS4 build of this game when he was using the DualShock 4 controller, but that he didn’t get this issue when playing Freddy Spaghetti on PlayStation 5 with the DualSense.

I do have to praise this game for its narration, which was certainly a highlight of this experience. At times, it reminded me of the excellent narration of games such as, say, 39 Days to Mars. I liked how a few new sentences are presented every level or so, and this helped a lot for Freddy’s development as a character.

And since this is a Ratalaika Games release, you can expect it to have a Platinum trophy for your collection that could take you a couple of hours to obtain, depending on your skill level and how long it takes you to complete the harder stages. This game requires that you play it from start to finish, awarding you one trophy for each of the 50 levels you complete, plus one for each of the bonus levels found under the extras menu, which means there’s a ton of trophies for you to get! 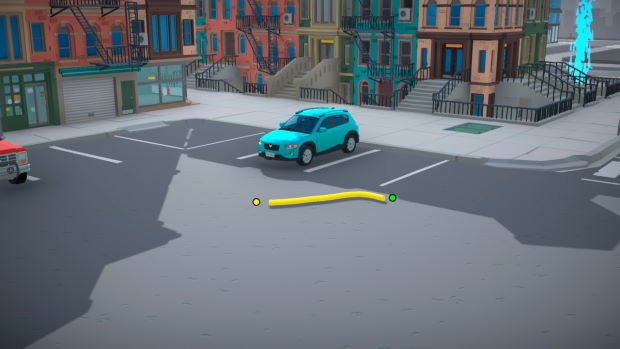 Freddy Spaghetti is a simple, short and fun physics-based game. ThaRaven403 played on PlayStation 5 and had a good time, while Ceidz played on the PlayStation 4 and noticed that there seems to be a small issue with the controls on the DualShock 4. With that being said, at its low $4.99 price tag, it would be hard to criticize the overall experience because the time we spent with this game was certainly entertaining.

Disclaimer
This Freddy Spaghetti review is based on PlayStation 4 copies provided by Ratalaika Games.